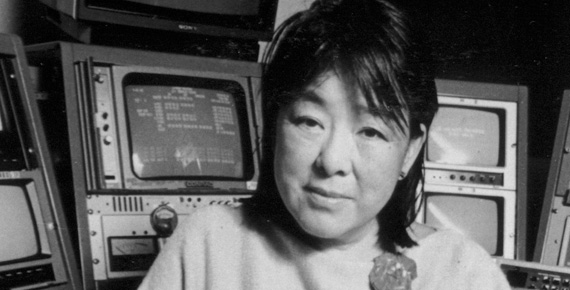 Loni Ding was a veteran independent filmmaker, television producer and university instructor. She devoted her life to advocacy and public service and co-founded several media and arts organizations, such as the Center for Asian American Media (CAAM) and ITVS. She was also an outspoken advocate for more democratic, public interest art and media.

Loni educated generations of students and filmmakers about the power and importance of storytelling through film and media analysis in the Asian American Studies Program at the Ethnic Studies Department of the University of California, Berkeley.

Her award-winning productions, such as Nisei Soldier (1984) and Ancestors in the Americas (1997), were the first to document early Asian immigrant histories. Her works screened the world over and she was recognized by more than 15 career awards and fellowships, including the Rockefeller Foundation Film/Video Fellowship (1994); a Guggenheim Fellowship (1982); and the American Film Institute Director’s Fellowship (1983).

At 78, Loni passed away peacefully on February 20, 2010 at Summit Hospital in Oakland, following a stroke.

About the Loni Ding Award in Social Issue Documentary

The Center for Asian American Media (CAAM) has established an award in memory of Loni Ding’s spirit and vision for creating media about the Asian American experience, with support from Loni’s friends, family, and the Asian American Journalists Association. The Award of $1,000 will be given to a promising Asian American short form filmmaker whose work illuminates the experiences of underrepresented communities. The award will be announced in March at CAAM’s annual festival, CAAMFest (formerly the San Francisco International Asian American Film Festival). The winner will be selected by a committee comprised of CAAM staff and Loni’s former students.

Make a tax-deductible donation to CAAM today and help ensure that Asian American stories are told and that our voices are heard. Learn more and donate online here.