FILM: ONCE UPON A ROOFTOP

This document of the world of Hong Kong rooftop dwellers invites audiences into the lives of fan dancers, immigrants and young students with dreams of becoming doctors and guitar players. Their lives are tenuous, especially with eviction imminent, but filled with an enduring hope for a brighter future as they try their best to lay down roots atop a city’s concrete tenements. 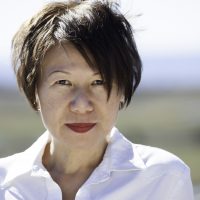 Sybil Wendler is a filmmaker based in San Diego, California. Her award-winning documentary, OnceUpon a Rooftop (2010), investigates the hidden illegal rooftop tenements in Hong Kong. The film exposes the challenging living conditions of the working poor and highlights the migrant families from mainland China attempting to find better opportunities in one of the world’s most expensive cities. The documentary was widely screened in U.S. and international festivals as well as on PBS. With a background in cinematic and curatorial practice for the past two decades, her films reflect a multicultural sensibility that ruminates on the social polemics of belonging, the concept of home, and identity. Fragments of a Revolution (2013) is an experimental short based on the play, Before the Revolution, by the conceptual artist, Eleanor Antin. Sybil co-directs with Antin and humorously presents an imagined persona of a black ballerina role-playing Marie Antoinette in a riotous shuffling of characters and personalities. She is currently working on a feature documentary about a biracial woman’s search for her American father 65 years after her birth in postwar Japan, which is slated for completion in 2020.