FILM: WHY WE RISE

Three brave, young New Yorkers reveal what it’s like to grow up without having legal
immigration status. 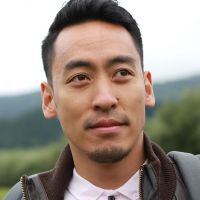 Brian Redondo is a documentary filmmaker based in Brooklyn, NY. He is committed to stories from the margins of  society, often exploring issues of race, immigration, and how those topics intersect with culture. His most recent short docs, commissioned by PBS’ Art21, Jes Fan In Flux and Doreen Garner Sculpts Our Trauma illustrate the ways in which the titular artists use sculpture to unpack problems of race and gender. His first short documentaries Why We Rise and The Lookout explore immigration through the perspectives of undocumented youth in NYC and volunteers aiding refugees in Greece, respectively. He is currently working on his next short documentary examining deportations in the Southeast Asian community. He is also the senior video editor at The New Yorker. 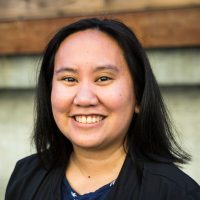 Corinne Manabat Cueva is a Filipina independent media maker and educator. She is dedicated to using media as a vehicle for social change and empowerment for those on the periphery of mainstream media. Her most notable work (with co-director, Brian Redondo), Why We Rise, about 3 brave youth of color who reveal what it’s like growing up without having legal immigration status, received the Loni Ding Award for Social Issue Documentary at CAAMFest 2014. Corinne is currently participating in the Re-Take Oakland Fellowship, a two-year public education and filmmaker mentoring program, with Re-present Media in Oakland, CA. Corinne has worked with several youth media organizations and colleges since 2009 including Reel Stories, Tribeca Film Institute, Third World Newsreel, Maysles Documentary Center, Global Action Project and The City College of New York.