FILM: A LETTER FOR SANG-AH

In Seoul, only 1 percent of children are raised by single mothers. Without legal rights to their own children, many women are forced to put their children up for adoption against their will. Fitzpatrick tells a story that paints the struggles and triumphs of a single mother in Korea. 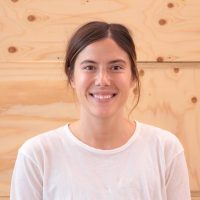 Mina Kim Fitzpatrick is a documentary director, editor and cinematographer. Her directorial work has screened internationally at San Sebastian Film Festival, Chicago International Film Festival and Maryland Film Festival, and garnered awards such as the Loni Ding Social Justice Award at CAAMFest and Best Documentary Short at Winchester Film Festival. She worked on the Academy-Award nominated film, Abacus, under director Steve James, and most recently began editing the feature documentary Generation Food in collaboration with Kartemquin Films in Chicago. She has participated in the Sundance Edit and Story Lab as a contributing editor, and her cinematography work was recognized by the American Society of Cinematographers as a finalist for the Haskell Wexler Documentary Award in 2016. Mina graduated with an MFA from Northwestern’s Documentary Media Program as a Hoffman Scholar in 2017. She is a graduate of Kartemquin’s Diverse Voices in Documentary Fellowship and served as a Fulbright Scholar from 2011-2013 in South Korea. She is currently a Special Faculty member in the Program of Film and Video at the California Institute of the Arts, teaching cinematography and documentary production.