FILM: HOME IS A HOTEL

In San Francisco’s iconic Chinatown, Huan Di attempts to make a proper life for herself and her daughter in a single room occupancy hotel. She illustrates the experience of living in an 8’x10’ room, a basic type of housing that is steadily disappearing for SF’s struggling working class. 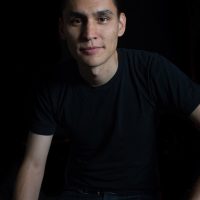 Kevin D. Wong is a Bay Area-based director, editor, and producer. His short documentary, Home Is A Hotel won several awards including the best short documentary at Conquest and he was a 2016 BAVC National MediaMaker Fellow for the feature length version of that film. He has also written and directed narrative films including an adaptation of a Radiolab episode entitled Forgetting and Be My Baby, a family drama that was featured on Comcast’s Pinoy TV. Wong’s feature screenplay Nellie was a 2nd round selection in the 2013 Sundance Screenwriters Lab.