CAAM is excited to be working with talented filmmaker fellows Tani Ikeda and Quyên Nguyen-Le and mentor Tad Nakamura to take part in the National Multicultural Alliance (formerly the National Minority Consortia) Fellowship Program led by Vision Maker Media (VMM), our Native American partner in public media. The fellowship program will launch this April in Lincoln, Nebraska during VMM’s film festival, “We Are All Related.” The Midwest Producers Lab will bring together fellows and mentors from the five members of the NMCA: VMM, CAAM, Latino Public Broadcasting, Black Public Media and Pacific Islanders in Communications. Fellows and mentors will have the opportunity to connect with other producers of color working on developing their films for public media. CAAM is excited to be collaborating on this NMCA-wide initiative, nurturing emerging makers and creating connections across communities to deepen our commitment to presenting this country’s diverse stories for a broad audience. 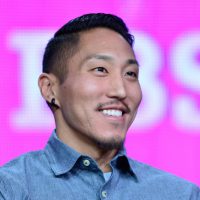 Tadashi Nakamura was named one of CNN’s “Young People Who Rock” for being the youngest filmmaker at the 2008 Sundance Film Festival and listed as one of the “Top Rising Asian American Directors” on IMDb. The fourth-generation Japanese American recently completed the CAAM and PIC-funded Mele Murals, a documentary on the transformative power of modern graffiti art and ancient Hawaiian culture for a new generation of Native Hawaiians. Mele Murals was broadcasted on PBS and Al Jazeera and has received 14 awards at film festivals around the world. His last film Jake Shimabukuro: Life on Four Strings was broadcasted nationally on PBS and went on to win the 2013 Gotham Independent Film Audience Award. Nakamura’s trilogy of documentary films on the Japanese American experience, Yellow Brotherhood (2003), Pilgrimage (2007) and A Song for Ourselves (2009) have garnered over 20 awards. Nakamura has a M.A. in Social Documentation from U.C. Santa Cruz and a B.A. in Asian American Studies from UCLA where he graduated Summa Cum Laude. tadashinakamura.com 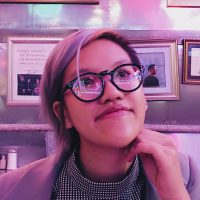 Quyên Nguyen-Le (they/them) is a Vietnamese American filmmaker born and raised in Los Angeles, whose work explores the intersections of queerness, memory, and cultural identity. In 2016, Nguyen-Le wrote and directed Nước (Water/Homeland) with the support of the Los Angeles Asian Pacific Film Festival’s Armed-With-A-Camera fellowship and has since screened the film in festivals, universities, art galleries, and community fundraisers across the U.S., Canada, Australia, U.K., and Vietnam. Currently, Nguyen-Le is the Project Director for the Project Fôtô program at the Vietnamese American Arts & Letters Association (VAALA) in Orange County and a Teaching Artist for the Little Saigon Mobile Museum project in San Diego. quyennl.com 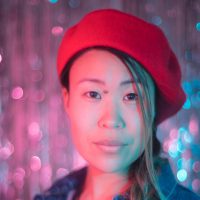 Tani Ikeda is an Emmy-winning director who creates narratives, documentaries, music videos, and commercial films. She was recently selected as one of Sundance’s 2018 intensive screenwriting lab’s fellows and was also named one of Film Independent’s 33 Emerging Filmmakers as a Project: Involve Directors Fellow. Ikeda was an Executive Producer and Director on the Blackpills Documentary TV Series Resist with Black Lives Matter Co-Founder Patrisse Cullors about the fight against L.A. County’s 3.5 billion dollar jail plan. Ikeda has directed films in China, Uganda, India, and the United States. Her work has been recognized in The Hollywood Reporter, Teen Vogue, and Cosmopolitan and has screened internationally at festivals around the world, including at the Sundance Film Festival. Ikeda co-founded imMEDIAte Justice, a nonprofit that fosters the talents of young women artists working in virtual reality. She was named one of the “25 Visionaries Who are Changing Your World” by the Utne Reader. taniikeda.com

Vision Maker Media (VMM) and the National Multicultural Alliance are leading a year-long program to mentor filmmakers of color as well as create opportunities for training to producers in the Midwest region where VMM is based. NMCA, VMM and the Mary Riepma Ross Media Arts Center (The Ross), is excited to host a Midwest Producers Lab. This Lab will take place at VMM’s film festival “We Are All Related” which is a unique opportunity for Midwest audiences to see some of America’s best documentary films and meet the diverse filmmakers who produce this work. Our past experience in bringing filmmakers of color together has provided a foundation for opportunity and collaboration that lasts for years.

Each NMCA Master filmmaker will screen their film at the Ross for the public — inspiring, educating, and empowering diverse audiences of all ages through media. The masters will facilitate the Producers Lab for 10 apprentices — selected by each master filmmaker and NMCA — and provide mentoring for 12 months following the Lab.

While the intent is to provide focused training for the NMCA’s filmmakers, the training will accept up to 15 additional filmmakers from the Midwest region—which is largely underserved by accessible and affordable training in the media arts. Reflective of America’s diversity, the project will create an exciting portrait of the future of public media.

Representatives of PBS-affiliated strands and funders will be invited to attend. Their participation will help the Lab participants learn more about producing for public television. INDEPENDENT LENS, POV, FRONTLINE, PBS NEWSHOUR, and AMERICA REFRAMED are some of the strands that will be invited.

While a Filmmakers Lab and mentorship program is not unique in itself, this combination of talent and diversity promises to bring long-lasting change to the Public Broadcasting system and producers of color.