“I grew up understanding my Vietnamese identity a lot through food. I think a lot of people within diasporic communities could relate to understanding their specific community through food – through this flavor, this taste, this love and tender care that goes into the food.” -- filmmaker Melanie Ho, whose documentary 'my mom (mẹ con)' is now streaming via WORLD Channel.

It all started in her mother’s garden during the pandemic. Vietnamese American filmmaker and writer Melanie Dang Ho spent focused time listening to her mom’s stories: her childhood in Vietnam, her parents she left behind, and the relationship between food and family. These stories she told while tending to her fruits and vegetables would inspire Ho’s newest film my mom (mẹ con). The short documentary’ is an ode to Ho’s family history, underrepresented Asian communities in the American South, and the role of food as a powerful form of love and how it shapes peoples’ identities. 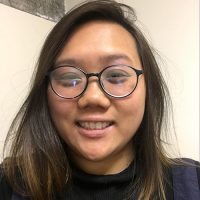 Ho was selected as one of five fellows whose work will be streamed as part of The Sauce Shorts. The fellowship was created by the Center for Asian American Media (CAAM) and the New Orleans Video Access Coalition (NOVAC) to mentor and support emerging Asian American filmmakers from the American South. At the time, she had just wrapped up sống ở đây, a documentary exploring the Vietnamese community of New Orleans’ and the relationship between land and labor as seen through its foodways. The filmmaker seeks to amplify the voices of underrepresented communities by shedding light on people’s complex experiences with familial relationships, gender roles, cultural displacement, and trauma – elements also seen in my mom (mẹ con) which is now streaming on WORLD Channel’s YouTube.

“I didn’t really understand the identity of growing up in the South until I left,” said Ho in an interview with WORLD. She grew up in Jacksonville, Florida, where her parents immigrated from Vietnam. Her father chose the city because he knew someone who lived there and so, opportunity was there for them to be a part of a community in a foreign place. After leaving home for college in the Northeast and California, Ho found herself always referring back to the South even when she wasn’t there. She brings to life these memories in the film by leaning into specific imagery and sounds like the noise of a particular bug, and of course, food and family.

“I grew up understanding my Vietnamese identity through food. People within diasporic communities could relate to understanding their specific community through food – through this flavor, this taste, this love and tender care that goes into food,” said Ho. A lot of the dishes that Ho’s mom cooks use ingredients from her garden which is why Ho views her mother’s food as a symbol of her love and care. “It’s not a verbalized ‘I love you’, but whenever I eat a plate of rice with bitter melon, or I eat anything that she creates, I feel love through that.”

Stories about Ho’s grandmother were also food-related; this helped the filmmaker-writer realize how much her mom missed her own mother, motivating Ho to ask more questions about her experiences growing up and leaving Vietnam. At first, her mom was reluctant, and even embarrassed, to share her stories on camera but eventually became comfortable. Ho explained this was likely because her family structure was patriarchal – gender is one theme in the film. “This is tangential, but women aren’t told that their stories matter. And so, I think some of that, psychologically, may play into her being [shy] in front of a camera.”

Beyond amplifying the voices of Asian American communities in the South, Ho hopes that my mom (mẹ con) will help create a new form of safe space for people to reflect on and build the courage to talk to their families regardless of how tough it is to initiate the conversation. “I want to contribute to it, and continue the conversation because it’s [not] something that you converse about just one time,” said Ho.

Stephanie Tsao is a communications and marketing consultant helping purpose-driven organizations craft storytelling strategies and content that connect audiences with their vision. Outside of work, you can find Stephanie spotlighting Sacramento’s thriving food scene on her IG page @sacsneateats, traveling, wandering in the woods, popping into wine and beer spots, and experimenting with art and recipes.