CAAM will have two films in the 2021 PBS Short Film Festival, running from July 12-23. For the tenth annual festival, we are proud that the films Atomic Cafe: The Noisiest Corner in J-Town and Phony will be available for streaming by audiences nationwide. These shorts both screened at CAAMFest FORWARD in October 2020 and are examples of the breadth of stories that can be found in Asian America.

The short documentary, Atomic Cafe, takes a look back at a diner in Los Angeles’ Little Tokyo that was started by a Japanese American family after World War II. In the late 1970s and early 80s, the cafe became a hub for the punk scene. The film focuses on the restaurant’s bold proprietor, nicknamed “Atomic Nancy”. 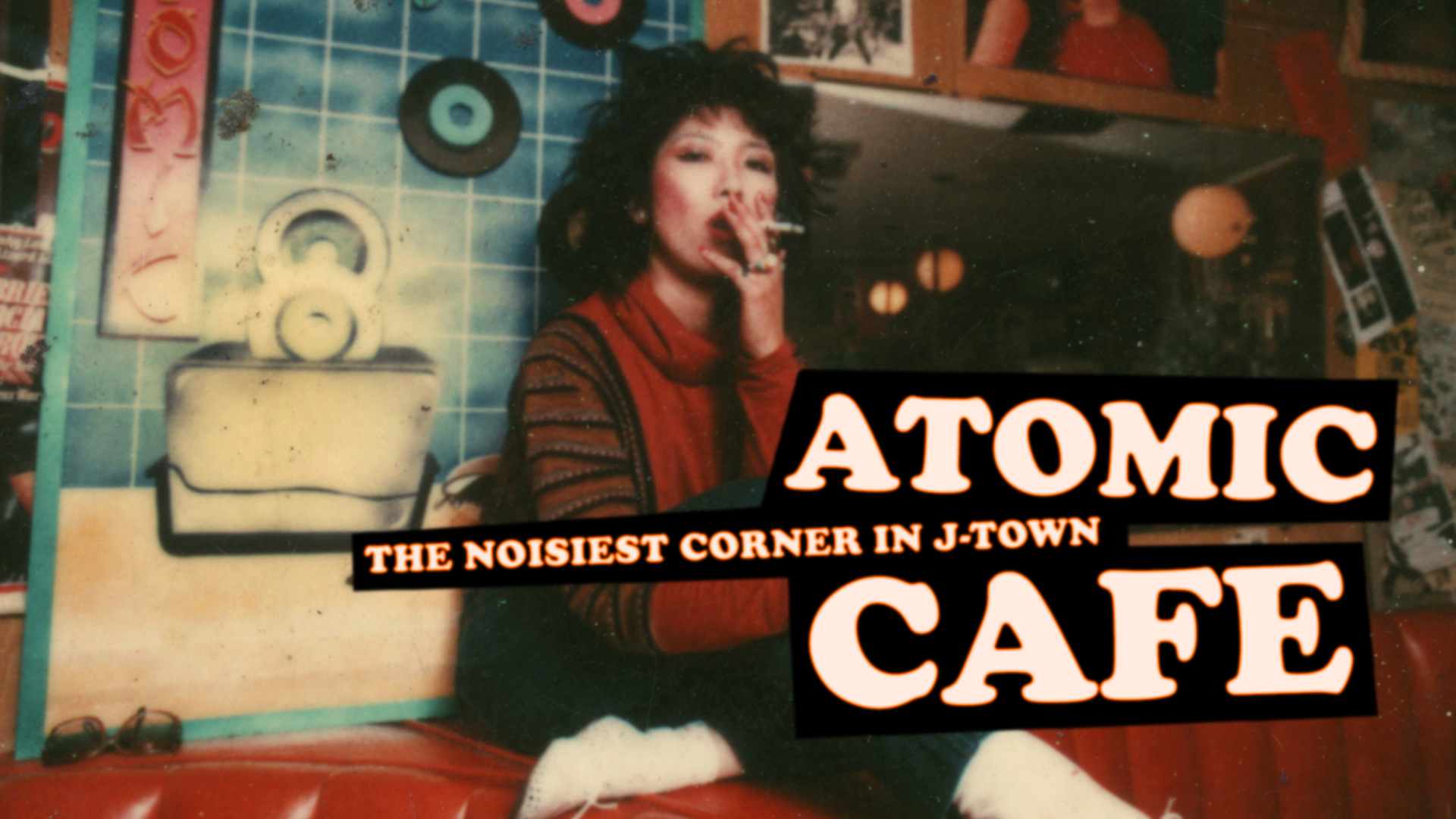 “Growing up I would hear my parents talk about this ‘Atomic Nancy’ and how she had such a powerful voice when she sang with the group Hiroshima, one of the most famous Japanese American bands,” says Tad Nakamura, who co-directed Atomic Cafe with Akira Boch.

The documentary uses interviews, along with archival photos, to shine light on how Asian Americans and other people of color were integral to the punk movement.

“If you look closely at the photos of LA’s punk music scene in the late 70s and early 80s, you’ll see that people of color were present and actively making that culture alongside the white kids,” says Boch. “In my view, they were rallying around the themes of rebellion and alienation more than anything else, which people from any background can relate to.”

In the dark comedy Phony, Sunny, a young Asian American woman with anger management issues, returns home to the San Gabriel Valley seeking respite from her recent career failures— but a simple grocery shopping trip with her mother may prove more than she can handle. Director Jess dela Merced also plays the lead in this film.

“I hope people will find laughter and comfort in the details of this very specific but highly universal story about a daughter who just wants to make her mom proud – on her own terms,” says dela Merced. “I feel like it’s sometimes harder for me to express my emotions and struggles with family members and sometimes suppressing those feelings can lead to unfortunate, albeit hilarious, moments. I know a lot of Asian Americans can relate to this and hope they know they’re not alone.”

Atomic Cafe and Phony will be streaming on the PBS Short Film Festival website July 12-23, 2021.

About the PBS Short Film Festival

The festival features 25 short-form independent films presented in six categories: culture, family, humanity, identity, race and society.  A panel of nine jury members will select their favorite film of the festival for the Juried Prize.