A Filmmaker Summit happy hour celebrating the past, present and future of Asian American storytelling

Filmmakers from the new PBS series Asian Americans gathered together for this year’s first Filmmaker Summit Happy Hour hangout to celebrate the broadcast, reflect on the making of the film and talk about where the API filmmaking community can go from here.

Executive Producer Donald Young (“Don”) brought us back to 2012 when Executive Producer Jeff Bieber from the Washington D.C. PBS station WETA presented the idea of collaborating on the series with CAAM. WETA had done a number of other series featuring ethnic communities including one on Latino Americans, Italian Americans and Jewish Americans.

Don reflected on how much has happened in the last eight years, with the rise of movements and viral hashtags like #BlackLivesMatter, #MeToo, #OscarsSoWhite and #StarringJohnCho. He said that what was happening across the country was also influencing those involved in Asian Americans as they advocated for who would hold decision making power over the film. Ultimately, Asian American filmmakers took the reins. “We had to early on really fight to be able to manage and be executives and design and mount this whole series,” said Don. “With the rise of organizations like A-Doc, Brown Girls Doc Mafia, Firelight, there’s been this parallel evolution and assertion of our community that was really shaping our team front and center,” he said. Series DP Jerry Henry emphasized what a rare opportunity it was to work on such a diverse team. “You just look at the crew and everyone is a person of color,” he said, “Usually when I walk on a set I’m the only person of color.”

The team knew that the film was coming out at an important time with 2020 being a critical election year. They locked picture in February, but the world was suddenly upended with the spread of COVID-19. At the time, they had no clue that the virus would impact the country in the way that it has, or that racism toward Asian Americans would spike, putting our community at the forefront of the conversation around identity, race and American history.

Don gave a special virtual toast to Flashcuts and Executive in Charge of Production Eurie Chung. Flashcuts is the LA post house, founded by pioneering Asian American editor Walt Louie, where the film was made. Eurie, who now runs Flashcuts, managed the production from beginning to end, even when COVID-19 spread and shelter in place orders began. She had to move the media from Flashcuts to her home and get final deliverables out quickly–all while under quarantine. 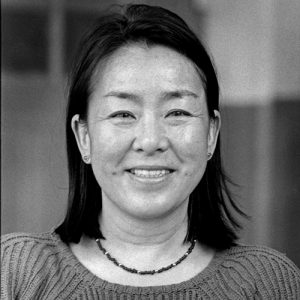 The panelists looked back at how Asian Americans have fought to control our narratives for generations, crediting much of where we are now to esteemed filmmaker Loni Ding.

Loni was a co-founder of both ITVS and CAAM. Along with producing more than 250 broadcast programs and teaching at UC Berkeley, she created Ancestors in the Americas, the first in-depth TV documentary focusing on the history of Asian immigrants to the Americas.

Don reflected on how Loni had openly talked about the need for Asian Americans to claim our history in the same way that Eyes on the Prize documented the Civil Rights movement. The landmark 1987 PBS series was directed by Henry Hampton and produced by Blackside Productions, a company created in part to make films about the African American experience and also to employ and mentor young filmmakers of color. Don remembered how in the mid-90s, Loni would say that we needed our own Blackside Productions, an Asian American run production company that from the top down was constructed to tell our stories. “It’s taken 25 years to get to this point,” Don said. “Eyes on the Prize was always a benchmark in terms of telling our history, claiming that story, but I think as importantly, creating a series of films that would have a dialogue with the general public,” he said. Loni died in 2010 but her legacy lives on in the many filmmakers who were inspired by her work and a number of documentary institutions today.

Renowned documentary editor Jean Tsien, said that when she was first recruited to join the team in 2012, she really wasn’t interested, because it was yet another series helmed by a white executive producer.  She eventually changed her mind, becoming one of the executive producers herself. “When I heard that Renee was going to be on, that CAAM was going to be on, that did not take much convincing,” said Jean. At that point, although the project was going to be hard, Jean said she knew they were going to be safe. She said that they were being protected by their ancestors and that “each one of us had integrity of purpose to make this right.”

Protected by our ancestors

“This whole question of ancestors and generations is so important,” said Series Producer Renee Tajima-Peña, UCLA professor, whose films like Who Killed Vincent Chin, have inspired countless Asian Americans to go into filmmaking.  Renee said there was one person whose story they definitely wanted to tell from the beginning: Dawn Mabalon, a history professor at San Francisco State, third generation Filipina, who was born and raised in Stockton. She was the daughter and granddaughter of farmworkers; her family had lived through the formation of the farmworkers movement and her father knew labor organizer Larry Itliong. Dawn had written extensively about the Filipna/o community in Stockton, had great home movies from her childhood, and was charismatic. Renee said that as soon as they were going to call her to discuss the project, they got an email that Dawn had tragically died. She was only 46 years old. Dawn was an incredibly influential voice in the Filipina/o American community and a deeply respected educator. Renee added that after Episode 3 broadcasted, she started to see people posting online that Dawn in fact showed up in the archival they used in the series. Her family noticed that two shots from home movie footage used in the film were off Dawn. “One was when she was a little girl wearing an angel costume,” said Renee, “And the other one was the very last shot in the episode of Dawn, close ups, smiling into the camera. I was like, ‘Oh my God.’ You know, talk about looking down on us,” she said choking up.

Building community and the creation of A-Doc

A grassroots effort that has been shaking up the industry and impacting lives and careers happened in parallel with the creation of Asian Americans. That was the birth of A-Doc. The international network was created by Leo Chiang and Grace Lee in what first started as a community gathering at IDA’s Getting Real Conference in 2016. Now with 650 people virtually communicating from across the country and around the world over Slack, A-Doc is a vibrant community of veteran and emerging filmmakers, increasing the visibility and support of Asian Americans documentary producers. The group has grown with the series, and in just the last four years has resulted in resource sharing and countless collaborations. They’ve organized panels at theTribeca Film Festival, Doc NYC, CAAMFest and LA Asian Pacific Film Festival, sponsored filmmakers to attend key industry events like Sundance and Getting Real, and were instrumental in developing the CAAM Fellowship. “A-Doc grew along with this series,” said Renee emphasizing that A-Doc provides a network to nurture filmmakers telling future stories about the Asian American experience, “The idea that these stories will be told and we can all have a part in mentoring emerging filmmakers and supporting more stories,” said Renee.

Nearly everyone on the panel emphasized how challenging it was to condense Asian American history into such a limited amount of time, and how much they learned while working on the series. While the PBS series Country Music got 13 hours, Asian Americans was limited to telling a 150-year history in just five hours. “I’ve never worked on something so extensive that spanned such historical reach,” said series editor and writer Aldo Velasco, “You sort of feel like you’re surfing this massive ocean of story and you have to create a narrative out of that.”

Producer Geeta Gandbhir talked about how she learned another layer of Asian American history working on the series. She grew up in the South Asian community on the East Coast and her parents were some of the earliest South Asians to come over in the ‘60s after the immigration restrictions created by the Chinese Exclusion Act were loosened up. “My dad came to study over here, and he came on the bottom of a boat through Ellis Island,” she said. She added that although she feels like she’s been embedded in the South Asian community in New York, that her knowledge of West Coast Asian American history was limited when she started working on the series. She also talked about how coming up as a filmmaker under Sam Pollard and Spike Lee, she was inclined to take on tough stories, giving her the tools and the desire to tackle hard subjects like the story of Vincent Chin and the uprisings in Los Angeles following the Rodney King verdict.

As filmmakers, because we’re working with historical archives and real life journeys, the films we work on often lead us to reflecting on our own lives. Victoria Chalk, who was an editor on the series, talked about how she found herself processing her own identity, while in post-production, as a biracial filmmaker who grew up in multiple places in the world and whose mother is Chinese-Malay. At one point she asked, “Am I American enough to be working on this?” Victoria was going through the U.S. naturalization process while working on the series and said that she is now just one step away to becoming an American citizen.

The happy hour was truly a tribute to the work that’s gone into Asian Americans, its place in Asian American filmmaking history, and the need to tell more stories. “The Asian American Twitter feed was like, wait you’re going to leave us here?” said Geeta referencing comments to go deeper and cover more ground.

“This film is like the end of the first act for our community,” said Don. Moving forward, the filmmakers hope the community will take these stories and expand on them, telling other stories that didn’t make it in the series.

“We want to encourage people to come on in and tell those stories and fill the holes,” said Leo.

Jun Stinson is a documentary director, producer and journalist from Oakland, California. Her documentary Futbolistas 4 Life about Oakland youth, immigration and soccer screened at CAAMFest 36 in 2018. She’s a former SFFILM House resident, former BAVC fellow and a current member of A-Doc and Brown Girls Doc Mafia.