Flash Cuts is a post-production facility founded by Walt Louie in Atwater Village in Los Angeles. While it has been involved in the making of many projects over the years, its most recent endeavor is the five-part documentary series, Asian Americans, which will be broadcasting on PBS on May 11-12, 2020.

Louie, a former board member of the Center for Asian American Media (CAAM), has worked a lot in independent media and considers filmmakers Loni Ding and Felicia Lowe mentors from his early career. With his longtime friendships with CAAM Executive Director Stephen Gong, Director of Programs Donald Young, Asian Americans Series Producer Renee Tajima-Peña, and director and producer Grace Lee, Flash Cuts’ involvement with the production felt like a full circle to him.

“It’s, to me, an honor,” he said. “Obviously, it’s such a tribute to what we can do and how we all support each other, and on the other hand, it’s how it should be. Of course, it should be this way. Why wouldn’t it? Why wouldn’t we do this, you know what I mean?” 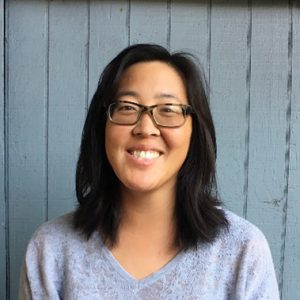 Eurie Chung, former assistant to Louie who now runs Flash Cuts herself, was involved in about every aspect in the making of Asian Americans. “Initially, I think  we were going to be the post facility that hosted in-house the production, but it kind of became more once it became a reality. So we rented offices to the production from pre-[production] through finishing. I worked more specifically with [Lee] on episodes two and four as sort of an associate producer-story producer role.

With the series covering 150 years of Asian American history in just five hours, the work that went into making it was overwhelming at times for Chung, comparing the experience to making a total of 25 documentaries at once. Because of the amount of material covered, a lot of decisions had to be made regarding how much time to devote to the different histories explored, which ones to include, and which ones to leave out entirely.

“We did film interviews with folks on different stories that we thought could be expanded into a much more significant portion of it,” she explained. “And in some cases, it just didn’t work in the hour that we had. Adjustments had to be made. We put in a lot of resources into doing things that were like, ‘Oh man, this just isn’t panning out in the edit.’ Those are super hard choices to make.” 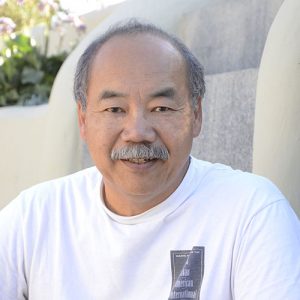 Although Louie made Flash Cuts available to work on Asian Americans, he officially was not involved in the project. A professor now at Santa Monica College where he teaches post-production courses, he made sure the facility was in functioning order, but otherwise had little to do with the actual production.

“I would imagine my name might show in the credits somewhere, but it’s definitely way down the line somewhere,” he stated. “I’m just kind of a sideline cheerleader, ‘Yeah, go for it.’ I got my teaching to do. Anyway, so there’s that.”

Chung holds a Master’s degree in Asian American studies from UCLA and studied documentary filmmaking from filmmaker and Visual Communications co-founder, Bob Nakamura. However, never did she imagine ever getting involved in a project like Asian Americans, and recognizes both its historical significance and the timing of its impending broadcast.

“We’re actually part of making this history accessible and bringing it to people at a time where we knew the 2020 presidential election was going to be right around the corner,” she said. “We had no idea COVID-19 was actually going to be happening, but it all ended up sort of culminating to be a very timely event that we finished this show when we did and that it’s going to be on PBS when it is. And hopefully it will be impactful, beyond even what I can imagine.”

Watch Asian Americans on PBS May 11-12. Check PBS.org to find your local station.