Five tips from the director of "Forever, Chinatown," including how to budget for film festivals and strategizing audience outreach.

Filmmaker James Q. Chan brought the delightful short film Forever, Chinatown to PBS earlier this year. Chan’s work-in-progress cut premiered at CAAMFest 2016 (under the working title, Frank Wong’s Chinatown) to a sold out crowd. The film has since traveled across the globe to multiple film festivals from Vietnam to the Philippines, and has garnered many awards.

Check out James’ tips on submitting to film festivals: 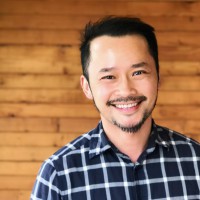 James Q. Chan began his career as a SAG/AFTRA talent agent in San Francisco. From 2000-2011, he was mentored by Academy Award winners Rob Epstein and Jeffrey Friedman (The Times of Harvey Milk, The Celluloid Closet, Battle of Amfar). His producing credits with Epstein & Friedman began with The History Channel’s 10 Days That Unexpectedly Changed America (Emmy Award, Outstanding Nonfiction Series) to Howl (Sundance 2010 Opening Night; National Board of Review’s Freedom of Expression Award). His most recent directorial work is Forever, Chinatown (2016).