This is a FREE EVENT but space is limited! Be sure to RSVP: mediafund@caamedia.org

CAAM is excited to announce the presenting producers and jurors for our first-ever READY, SET, PITCH! panel at SFIAAFF 30. Each project will be pitching for $5,000 Research and Development award to be decided by the jury.

We have a great group of very diverse projects and producers ranging from the blogging world to documentary filmmakers to animation. This crop of projects are satirical and prescient, illuminating and inspiring, and invite us to share, take part and connect with a wider world. Keep an eye out for each project’s Kickstarter or IndieGoGo page that will go live during the festival.

In the meantime, read all about our producers and the Ready, Set, Pitch! jury. 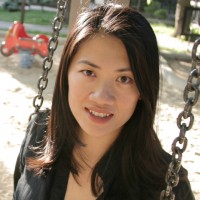 Ellie Lee’s animated documentary “Repetition Compulsion” and fiction short “Dog Days,” have screened in manly festivals worldwide, including the Berlin Film Festival and Clermont-Ferrand. She is a five-time National Emmy Award nominee and won the 2009 Alfred I. duPont-Columbia University Award for excellence in broadcast journalism.

CHINAFORNIA. America, 2018. Unable to pay the $10 trillion it owes to China, the U.S. comes up with a plan: it gives China the state of California. “Chinafornia” is born and Chinese Vice Premier Jidong Chen is placed in charge. It will be up to Chen—who has only seen California on syndicated Chinese episodes of “Baywatch”—to manage the Chinese takeover. CHINAFORNIA is a web series with a funny and original script that was deemed “too smart” for TV. 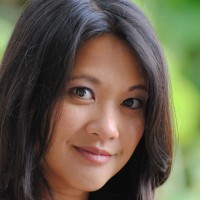 Kimberlee Bassford is an independent documentary filmmaker well known for her work on cultural and women’s issues with such films as PATSY MINK: AHEAD OF THE MAJORITY (SFIAAFF Best Documentary Feature, Hawai’I Int’l Film Festival Audience Award) and CHEERLEADER (Student Academy Award Winner). She holds a BA in psychology from Harvard University and a Masters of Journalism from University of California Berkeley.

Lisa Katayama
WE ARE ALL RADIOACTIVE 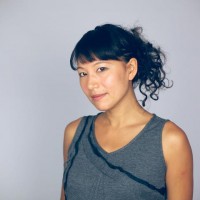 Lisa Katayama is an author, journalist, blogger and commentator who writes about culture, technology and human rights for magazines such as Wired, Popular Science, New York Times Magazine etc. and is also a frequent commentator on Japanese culture, appearing on CNN, BBC, CBC, WSJ to name a few. Her popular blog TokyoMango was a runner-up for Best Asian blog in the 2008 Weblog Awards.

WE ARE ALL RADIOACTIVE is an online documentary project about a community of surfers-turned-activists who rally to get a community of fisherman back on their feet after the devastating 2011 earthquake and tsunami in Japan. One year later, many small towns along the northeast coast of Japan are still struggling with unanswered questions and basic survival. The project will utilize cutting edge online and social media technologies to encourage viewer participation and sharing, connecting audience members with international experts. 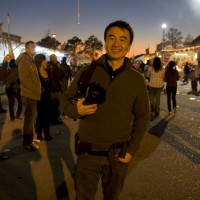 S. Leo Chang is a Taiwan-born, San Francisco based filmmaker who has won numerous awards including an Emmy® Award-nomination for his documentary A VILLAGE CALLED VERSAILLES about the rebuilding and transformation of the Vietnamese American community in post-Katrina New Orleans. His CAAM-commissioned documentary MR. CAO GOES TO WASHINGTON will make its world premiere at SFIAAFF 30.

OUT RUN is a feature-length documentary and companion transmedia project that focuses on the ongoing struggle for global LGBT human rights. It follows the lives of two extraordinary activists-turned-politicians, Bemz Benedito (a transgender pioneer in the Philippines) and David Juria (a gay activist in Kenya), as they campaign to become the first openly LGBT elected officials in their respective countries. This project raises the question of how to best create positive social change and asks whether the Western civil rights model is appropriate for the Global South and East. It also aims to inspire future LGBT rights leaders by shedding light on the realities of LGBT life and politics across the world. 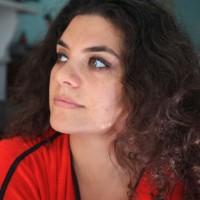 Through her work as an artist and filmmaker Suha Araj tells stories about immigrant communities and builds bridges across cultures. As an Arab American (Palestinian) herself, Araj uses her work to explore issues revolving around Arab and Arab-American Identity, women’s issues, immigrant communities, and cultural values.

KHSARA is an Arabic word that means “too bad” or “what a shame” as in “Too bad! She’s decent looking, educated, and from a good family… but still single.” KHSARA is a narrative film that tells the story of 29 year old Nisreen, a young Arab American woman who has lived her life to please everyone around her: her family, her faculty, her students, her friends, societal expectations and of course, her boyfriend. But after her relationships falls apart, the world she knows crumbles around her. Through Nisreen’s story, KHSARA aims to address several social issues surrounding Arab American identity, marriage, and immigrant communities. Through a fun and lively audience engagement strategy, KHSARA will engage a community of women and celebrate the playful energy surrounding the project. It seems every country has their own take on “khsara” and single women. 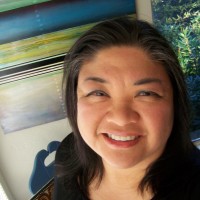 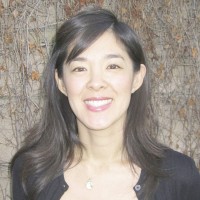 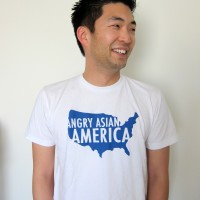 Phil Yu is the founder and editor of AngryAsianMan.com, a popular Asian American news/culture blog. Building a steady, loyal readership since 2001, the Washington Post calls Angry Asian Man “a daily must-read for the media-savvy, socially conscious, pop-cultured Asian American.” Mixing humor with criticism, Phil’s commentary has been featured and quoted in stories for the Post, New York Times, National Public Radio, CNN, Los Angeles Times and more. He worked previously at the Center for Asian American Media in San Francisco, and currently serves on the Board of Visual Communications in Los Angeles. 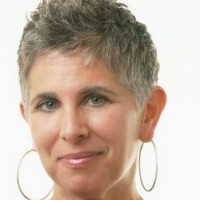 Wendy Levy is a senior strategist at Tomorrow Partners. Her passions lie in public media innovation, film and video, emerging digital technologies, and global project development in the nonprofit sector. Wendy is the former Creative Director of BAVC, where she created and directed the Producers Institute for New Media Technologies, The Impact Dashboard project, The Mediamaker Fellows Program, and The Stream, a public media series focused on multiplatform documentary, technology and human rights. During her tenure, BAVC was the recipient of the MacArthur Foundation Award for Creative and Effective Institutions. Prior to BAVC,Wendy was the Festival Director at Film Arts Foundation. She is also an accomplished filmmaker – her short films have screened at Sundance and other festivals worldwide, and have been broadcast on PBS and the Sundance Channel.