The YOU OFFEND ME YOU OFFEND MY FAMILY team is launching INTERPRETATIONS – a short film initiative to encourage aspiring filmmakers to develop their own original and unique voice. 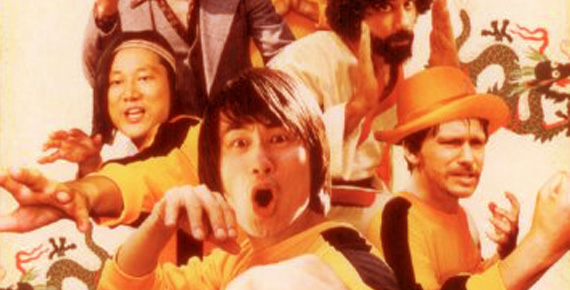 The YOU OFFEND ME YOU OFFEND MY FAMILY team is launching INTERPRETATIONS – a short film initiative to encourage aspiring filmmakers to develop their own original and unique voice. All participants will create a short film using the same original script. The point of this exercise will be to encourage filmmakers to find their own take on the material and to be as creative with it as they can. The script will be broad and fluid enough so that one director could craft a comedy from it, another a stylish music video, another an action film, another an avant-garde work of animation and so on.

Once the films are submitted, a distinguished panel of judges from both the studio and independent filmmaking worlds will review the submissions. One of YOMYOMF’s collective strengths is its access to people in the industry and the goal is to bring together a mix of different figures including studio executives, producers, actors, directors and others to review the works and select what they consider the “best.” But instead of just having one winner designated the “best,” five finalists will be selected, representing a variety of different genres and styles. For example, an “unpolished” experimental film could be honored alongside a work that is as slick as any Hollywood production. The point is to convey the message that all types of filmmaking will be embraced as long as there is an original vision behind it.

The selected filmmakers will receive a $3,000 cash prize to go toward their next project as well as a one-year subscription to the WGA’s WRITTEN BY magazine. YOMYOMF will also make an attempt to introduce promising filmmakers, whether they are a finalist or not, to appropriate industry mentors to help create more focused opportunities for growth and networking.