From "No Reservations" with Anthony Bourdain cinematographer comes a new food documentary about making the revered rice wine of Japan.

CAAM is proud to present The Birth of Saké from director Erik Shirai on PBS’ POV program on September 5, 2016. The filmmaker, who previously worked as a cinematographer for No Reservations with Anthony Bourdain, received the Special Jury Mention for Best Documentary Director at the Tribeca Film Festival in 2015. Below, he reflects on making the film:

The world of saké-making was largely unknown to me and my producer, Masako Tsumura, until a chance meeting led to an invitation to the Yoshida Brewery in northern Japan in August 2012. There, our imagination was immediately captured. The Birth of Saké began to take shape, developing organically in the time that we spent following the dedicated men humbly working together through the winter months after their summer’s farming work. We were struck by the simple elegance and tenderness of a story that gave more and more of itself with each visit.

Staying onsite with the workers and waking daily at 4:00 a.m., we were able to witness the process of brewing Daiginjyo, the highest grade of saké, and its laborious and painstakingly accurate requirements. Production for our film began in January 2013. After our initial filming, we started a Kickstarter campaign in the summer of 2013. We consider ourselves very fortunate to have not only received such enthusiastic support but also to have been so well-placed to explore and share this ancient hand-made technique, so rarely used now in our mechanized world, with audience members all over the world at such a momentous time in Japan’s recent history.

The Birth of Saké offers up an intimate portrait of an age-old tradition and reveals the creative struggles and triumphs that the characters must undergo in the process, demystifying the unseen into the clear and comprehensible. We’ve seen that the film stirs compassion for the workers’ internal struggles and shows that saké’s existence and its continuance in this old-fashioned way is a unique victory for the underrepresented. For those of us who are now living in the industrialized worlds, we hope that the film elicits a solemn and profound introspection about our place in the history of making and consuming, and about our relationships with our own work and with those with whom we work. We hope The Birth of Saké leaves a lasting impression about the venerable fortitude of the old ways. 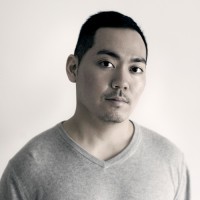 Erik Shirai is a New York City filmmaker working around the world on renowned documentaries and television shows. He was a cinematographer for the Emmy® award-winning Travel Channel series No Reservations with Anthony Bourdain and recently completed Eye What You Eat, a new web series for the Scripps Networks. Shirai’s food films were also featured at a TED conference in New York in 2012. In 2008, Shirai launched his own production company, Cebu Osani Creative, as a foundation for his creative ideals and to create films that are compelling, original and visually cinematic. Shirai’s main goal is to produce one-of-a-kind content with integrity and respect.

This letter was originally published on POV’s Companion Site for The Birth of Saké. It is reprinted here with permission of American Documentary | POV.