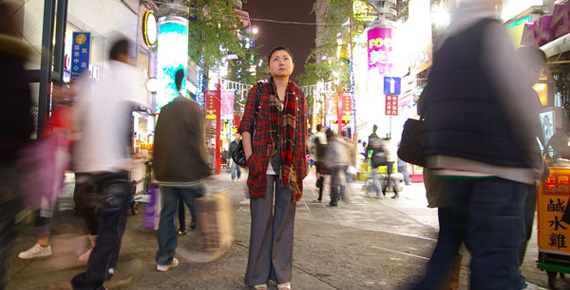 Come celebrate the Opening Night for Taiwan Film Days at NEW PEOPLE! A limited number of tickets are available for an exclusive reception directly after the first screening of MONGA, with sponsored drinks and delicious hors d’oeuvres. Tickets are only available at the San Francisco Film Society (SFFS), $15.00 for SFFS members and $20.00 for non-members.

Seven Days in Heaven (North American Premiere) | Directed by Essay Liu
October 23 (Sat) @ 4:00 pm & October 24 (Sun) @ 9:10 pm
In the wake of her father’s death, a resolutely urban woman returns to her backward hometown where she confronts the turbulent spectrum of emotions associated with the passing of a loved one.
Get Tickets >>

HEAR ME | Directed by Cheng Fen-fen
October 23 (Sat) @ 6:40 pm
Director Cheng Fen-fen has crafted a winning tale of budding romance among the hearing impaired that became Taiwan’s most popular movie of 2009.
Get Tickets >>

NO PUEDO VIVIR SIN TI | Directed by Leon Dai
October 24 (Sun) @ 2:00 pm
A widower struggles to reclaim his only daughter in this sharp, emotional feature which casts a magnifying glass on the gray areas of Taiwanese society.
Get Tickets >>