Let the melody carry us over into the New Year! Viz Cinema series, Hit Me With Music Vol. 2, showcases films that reflect their love for music. 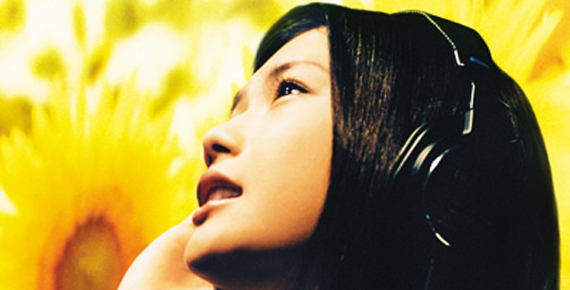 Let the melody carry us over into the New Year! To teenagers seeking direction in this world,
music is sometimes the only thing that can reach their young hearts. VIZ Cinema will continue to introduce movies that are strongly supported by their love for music.

Kaoru is a talented young teenager, gifted as a singer and guitarist. She also suffers from a rare skin disease called Xeroderma Pigmentosum (XP), which prevents her body from repairing cell damage caused by ultraviolet (UV) light. This means that she must avoid sunlight completely. She has never attended school and is incapable of doing a lot of things most teenagers take for granted. When she falls in love with a boy named Kouji, however, she once again begins challenging herself as she tries things she had given up for her illness and regains her inner sunshine.