VIZ Cinema presents another feverish month with a fresh new line up! Don’t miss the chance to attend the U.S. premieres of EATRIP and GUNDAM FOREVER MARATHON! 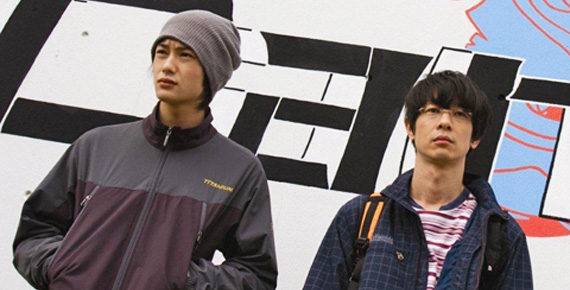 Spring is in full bloom! During the season of sakura (cherry blossom), VIZ Cinema presents another feverish month with a fresh new line up! Don’t miss the chance to attend the U.S. premieres of EATRIP and GUNDAM FOREVER MARATHON!

All throughout April, come as a group of 4 or more and everyone gets matinee price!!
*Only available at the box office.
*Not available for GUNDAM MARATHON, K-20, and on specialty priced passes.

Eatrip explores the interpersonal relationships that food nurtures. This documentary includes interviews with actor Tadanobu Asano, singer UA, tea master Sen Souoku, and many others. It takes you on a journey throughout Japan to look at how life can be led optimally through the daily ritual of eating. To eat is indeed to live. Life is just an “eating trip” (eatrip).

Based on the bestselling novel by Kotaro Isaka, “A Pierrot”. A serial arsonist leaving mysterious grafitti by the burn site is on the loose in Sendai. Brothers Izumi and Haru, both with names derived from the English word ‘spring’, hold bitter memories from the past. They become obsessively drawn to solving the arson case on their own. Their family secrets are unraveled as more clues are revealed. Starring Ryo Kase (Letters from Iwo Jima), Masaki Okada (A Gentle Breeze in the Village).

It is 1949 in Japan, in a world where World War II never happened and the nobility system is still in place. Heikichi, a circus acrobat, is deceived by “The Fiend (Kaijin) with Twenty Faces”, a.k.a. K-20, and is set up to take the fall for the phantom thief. Now, Heikichi must wage war against K-20. Starring Takeshi Kaneshiro, Takako Matsu, and Toru Nakamura. Based on the bestseller mystery novel series by Ranpo Edogawa.