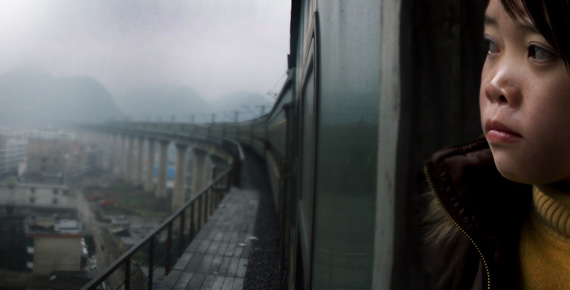 A Brand New Life
Drawing on her childhood memories, director Lecomte creates an intimate portrait of an emotionally bereft nine-year-old and her irrepressible cohort at a South Korean Catholic orphanage, featuring an unforgettable performance by the film’s young lead. The film screens Saturday, April 24 at 1:45 pm and Tuesday, May 4 at 6:45 pm at the Sundance Kabuki Cinemas; and Sunday, May 2 at 12:15 pm at Landmark’s Clay Theatre.

Last Train Home
This visually stunning documentary draws viewers into the lives of a family of migrant factory workers on a grueling holiday journey back to their rural village—and the resentful child they left behind—in an intimate portrait of modern China. The film screens Sunday, May 2 at 8:30 pm at the Pacific Film Archive; Monday, May 3 at 6:15 pm and Tuesday, May 4 at 9:00 pm at the Sundance Kabuki Cinemas.

Bodyguards and Assassins
Centering around an assassination attempt on Chinese revolutionary hero Sun Yat-sen in 1906 Hong Kong, this star-studded epic is a rousing, electrifying mix of history, revolution and martial arts. The first half is an intricate political thriller and the second half is just plain thrilling. The film screens Sunday, May 2 at 6:45 pm at the Castro Theatre.

The 53rd San Francisco International Film Festival (SFIFF53) returns April 22-May 6 with more than 100 unique programs of the finest independent, documentary and international cinema, combining a range of marquee premieres, international competitions, digital media work and star-studded gala events into the best two weeks of the year. The Festival will honor film icons including Robert Duvall and Roger Ebert, open with Jean-Pierre Jeunet’s dazzling caper Micmacs, feature the original score and live performance of Stephin Merritt to the silent epic 20,000 Leagues Under the Sea, celebrate a comedic legend on Closing Night with the documentary Joan Rivers – A Piece of Work, with Rivers in attendance—and so much more. For tickets and information, visit sffs.org