CAAM co-presents ABOUT HER BROTHER and CAST ME IF YOU CAN at the 33rd Mill Valley Film Festival. 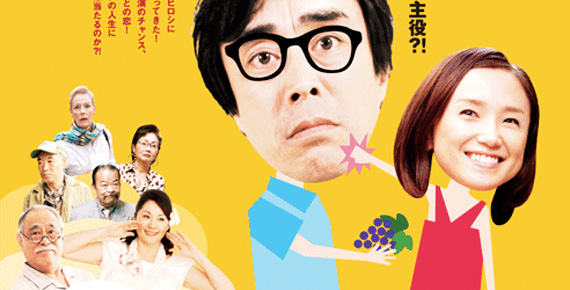 A celebration of the best in independent and world cinema, the Mill Valley Film Festival brings together a community of filmmakers and film lovers to Mill Valley, San Rafael and beyond to experience amazing new films in the beautiful environment of San Francisco’s Bay Area. With its reputation as a filmmakers’ festival, this prestigious noncompetitive event showcases international features, documentaries, shorts and children’s films – something for every filmgoer.

Presented in association with the Center for Asian American Media:

ABOUT HER BROTHER Directed By Yoji Yamada
Japan | 2009 | 126 min
In a small Japanese town, a family’s black sheep — and bane of his sister and niece’s existence — falls ill, forcing all three to
look in their hearts for forgiveness, in veteran filmmaker Yamada’s humorous, deeply stirring and lovingly detailed domestic drama.

CAST ME IF YOU CAN Directed By Atsushi Ogata
Japan | 2010 | 97 min
Urbane wit and sharp showbiz observations fuel this breezy, stylish romantic comedy from Atsushi Ogata (Eternally Yours, MVFF 2007). Hiroshi is an actor with an identity crisis. A perpetual supporting player, he is often mistaken for his TV bit parts — cop, crossing guard — wherever he goes. It doesn’t help that he lives in the shadow of his father, a best-selling author. When he meets an aspiring actress and blithe spirit with a perpetually buoyant outlook, Hiroshi is rocked from his hangdog reality as a series of surprising “plot points” lead him to unexpected highs and lows.