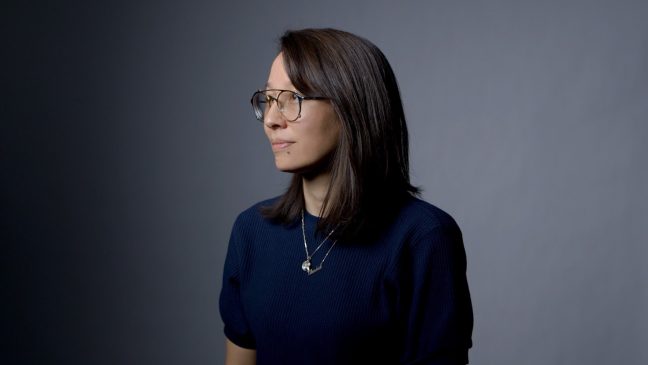 The Center for Asian American Media (CAAM) invites you to our next member event, Storytellers Session: Ursula Liang, on Thursday, March 18, 2021. This program is the first in our new series, Storytellers Sessions.  We are honored to present this conversation between filmmaker Ursula Liang and CAAM’s Talent Development and Special Projects Manager, Sapana Sakya.

This is your chance to learn more about Ursula’s path to storytelling and how her work advances a deeper understanding of lesser well known stories and underrepresented communities.

In addition to the conversation, all participants will receive a promo code to stream Ursula’s award-winning documentary film 9-Man (2014) for a limited time for free. 9-Man uncovers an isolated and unique streetball tournament played by Chinese Americans in the heart of Chinatowns across the US and Canada. The film received a Documentary Fund award from CAAM in 2013, had its San Francisco premiere at CAAMFest 2015, and won the CAAMFest 2015 Documentary Award.

Ursula’s newest documentary, Down a Dark Stairwell, received a Documentary Fund award from CAAM in 2018  and will have its national public television broadcast premiere on April 12, 2021 (check local listings) on the acclaimed PBS series Independent Lens. Down a Dark Stairwell is a  nuanced look at how two communities of color navigate an uneven criminal justice system, anchored by one polarizing New York City case.

You can help sustain CAAM’s legacy and future of bringing Asian American stories to light by making a charitable donation here.

If you have any questions about this program, please email events@caamedia.org. 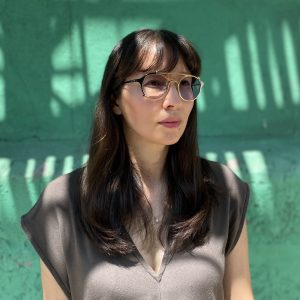 Ursula is a storyteller who has worked in a wide range of media. She has held staff positions at The New York Times Op-Docs, The New York Times Style Magazine, ESPN The Magazine, Asia Pacific Forum on WBAI, StirTV, the Jax Show, Hyphen magazine and currently freelances as a film and television producer (One October, Third Act, NBC Spartan Ultimate Team Challenge, UFC Primetime) and story consultant. Ursula is a member of Film Fatales, A-Doc, and sits on the executive board of Brown Girls Doc Mafia. The New York Times called her debut feature 9-Man “an absorbing documentary,” and the L.A. Times named it the #15 documentary on its list of best Asian American films of the past 20 years. 9-Man won numerous awards, including two grand jury prizes and two audience awards, and aired on public television. Her latest film, Down a Dark Stairwell, had its premiere at True/False and was called “a vital picture of a tumultuous time” by Vox. It will air on public television in 2021. Ursula is from Newton, Massachusetts and lives in the Bronx, N.Y.