As someone with mixed-Asian heritage, the topic of representation in media felt almost nonexistent to me growing up. It was rare that I watched a TV show or movie with anyone who reflected my Chinese or Sri Lankan heritage, let alone my mixed Asian experience.

Though I still struggle to find characters that are truly representative of my own experiences, it’s uplifting to reflect on the strides Asian American media has made. This month, I watched not one, but several, pieces of media highlighting different aspects of the South Asian experience, which are documented below for this month’s Short Takes.

Too often, Asian American and Pacific Islander communities are lumped together as a monolith – devoid of their unique individual traditions, customs and histories. I want more lighthearted South Asian rom-coms like Wedding Season, more coming-of-age stories like Never Have I Ever and more portrayals of families like the Muslim Pakistani family in Ms. Marvel. Because in telling these stories, we continue to showcase the breadth and diversity of what it means to be “Asian American.”

See below for four recommendations to check out in this month.

I’ll admit it – I was genuinely excited watching the trailer for Wedding Season when it popped up in my YouTube recommendations last month. A Netflix rom-com with a full South Asian cast? Featuring multiple over-the-top Indian weddings with a fake dating storyline thrown in? Sign me up and consider me sold.

When it comes to rom-coms, I’m easy to please and Wedding Season lived up to my expectations. The film follows Asha (played by Pallavi Sharda), a fiercely independent economist who has recently left her cushy Wall Street banking job to follow her passions working for a microfinance company. Her life revolves around her work but her mother, Suneeta, has other plans for her. Creating a dating profile for Asha, Suneeta introduces her daughter to Ravi (played by Suraj Sharma). Though their first date goes poorly, Asha convinces Ravi they should pretend to date each other throughout various weddings in the summer to appease their families and allow Asha to focus on her work.

Though at times the film did fall into some classic clichés and some overused Indian stereotypes, at its roots Wedding Season is a lighthearted and joyful film that I’d recommend to any rom-com fan. It felt like a breath of fresh air seeing South Asian representation in a genre that I grew up with.

TV SHOWS
Never Have I Ever (Season 3) 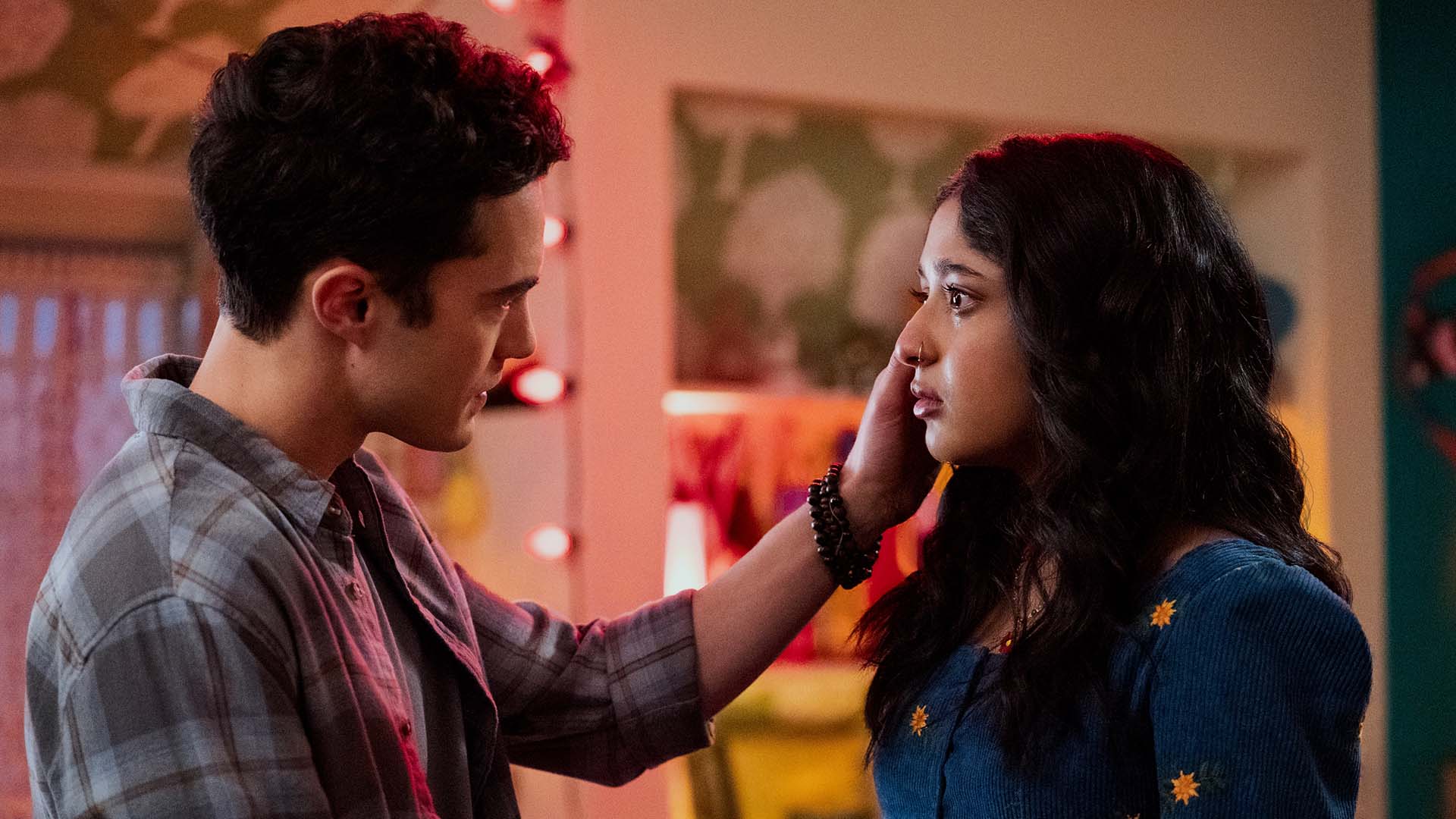 (L to R) Darren Barnet as Paxton Hall-Yoshida, Maitreyi Ramakrishnan as Devi in episode 308 of Never Have I Ever. Cr. Lara Solanki/Netflix © 2022

Season three of Never Have I Ever also released last month, and I finally got around to catching up on the raved-about coming-of-age show.

The season starts off with Devi (played by Maitreyi Ramakrishnan) officially dating Paxton Hall-Yoshida (played by Darren Charles Barnet), one of the most popular jocks in Sherman Oaks High. And yet, Devi still struggles with her own self-doubt, grappling with school gossip and questioning whether Paxton actually likes her.

Season three builds off of the previous two seasons and somehow manages to take the show to even greater heights. I loved watching a more mature and self-aware Devi come into her own this season, as she continues to learn more about herself and work through her struggles. Never Have I Ever continues to be hilarious and heartwarming but more than that, it feels authentic and more real than a lot of coming-of-age teenage drama shows that I’ve watched in my lifetime (and let me reassure you, I’ve seen my fair share). Be warned though, the season does end on a cliffhanger – and I will be counting down the days until the release of season 4.

One book I was eager to pick up this month was Catherine Ceniza Choy’s Asian American Histories of the United States, a book that chronicles a nearly 200-year history of Asian migration, labor and community formation in the U.S.

Choy – a respected historian and UC Berkeley professor of ethnic studies – has said she wrote the book “with a sense of urgency” given the rise of racism, xenophobia and violence toward Asian Americans amidst the COVID-19 pandemic. Asian American Histories of the United States first touches on events of 2020 and the COVID-19 pandemic, and later chapters cover earlier periods of history – from the emergence of the Asian American movement in 1968 to The Page Act of 1875, which was the first of many federal immigration laws designed to keep Asians out of the United States.

In Asian American Histories of the United States, Choy points out how the COVID-19 pandemic is not the first time Asian Americans have been subjected to hate and racism; in her efforts to trace the history of Asian America, she writes about three interconnected themes of violence, erasure and resistance.

I really appreciated the level of depth and insight brought forth by Choy in Asian American Histories of the United States. As we continue the long and difficult work of combatting racism and xenophobia in our communities, Choy articulates clearly the importance of understanding our history and where we came from in order to address our modern-day struggles.

Listen to an interview with Catherine Ceniza Choy on WNYC

ONLINE
The Real History of the Partition of India & Pakistan in Ms. Marvel, PBS 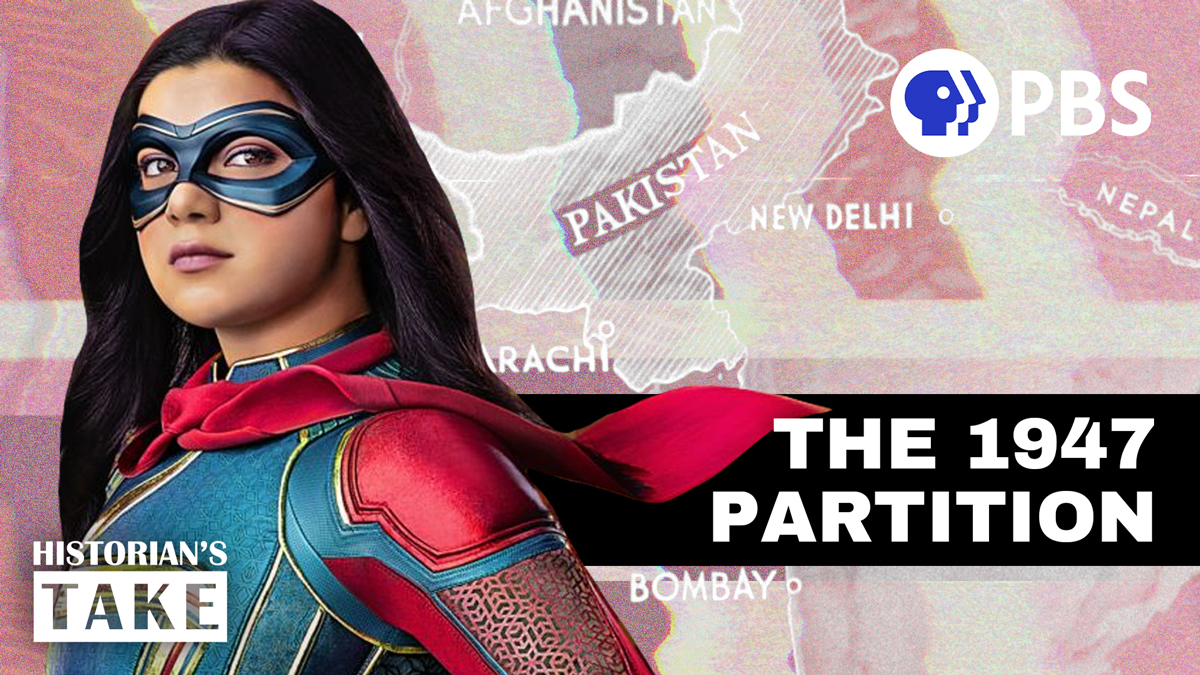 If you took our recommendation from our last Short Takes and watched Ms. Marvel, you know that the show shines a light on the tragic and devastating events around the partition of India and Pakistan in 1947. Prompted by colonial Britain leaving occupied South Asia, the partition divided British India into India and Pakistan, resulting in horrific violence and displacement of millions of people along religious lines.

“Every Pakistani family has a partition story and none of them are good,” says Kamala Khan’s older brother, Aamir Khan, in episode two of Ms. Marvel. However, despite the lingering trauma and pain surrounding the partition, these events are often dramatically oversimplified – or completely left out – of modern-day history textbooks.

Last month, PBS released the last episode of season one of Historian’s Take, a show that explores history through the lens of pop culture. The latest episode centers on demystifying the partition through the lens of Ms. Marvel. In just 10 minutes, the episode breaks down the history behind the partition, explains how certain scenes and events in Ms. Marvel were based on real-life experiences from the partition and emphasizes the importance of memorializing these stories.

Whether you’re a big Ms. Marvel fan or are simply interested in learning more about the traumatic events of the partition, the episode is an interesting and insightful watch that is definitely worth your time.

Want to get more recommendations? Check out all the our editions of Short Takes.