Stream this and dozens of other films on the PBS website through July 22.

After being part of We Live Here shorts program and winning the Loni Ding Social Issues Documentary Award at CAAMFest 2021, 83 and Alone is now part of PBS Short Film Festival, an annual digital event that aims to increase the reach and visibility of independent filmmakers from across the country. Now in its 11th year, the PBS Short Film Festival is a celebration of independent films and filmmaking, exploring an incredible selection of captivating films about identity, society, culture, family, race, and humanity in this annual showcase of powerful and unexpected stories.

The film 83 and Alone is about an elderly Bhutanese villager named Daw who suffers from the effects of climate change, particularly water scarcity. Being left by his son, Daw must fend for himself despite his age and health.

This powerful documentary features the structural and social implications of climate change to Bhutan. It also explores how a community became empty because of water.

We interviewed Alina Peng and Charles Zhang, who co-directed, produced, and edited the documentary. In this interview, they discussed their inspiration for the film and how this film has become a call to action when it comes to social and environmental issues in the United States.

Watch 83 and Alone on PBS

What inspired you to make this film?

Charles Zhang: 83 and Alone is a film about an elderly man who is isolated from his community in Bhutan due to the effects of water scarcity and climate change.

We were inspired to shoot this documentary in college, after I worked at a think tank focusing on climate change research. We quickly realized that while climate change is portrayed in the media through cold statistics and data, there has been less of a focus on the human element. We wanted to understand the experiences of communities that are disproportionately impacted by these issues. Bhutan, although is one of the greenest countries in the world, is sandwiched between China and India, two of the largest carbon emitting giants. Our film explores the social and structural implications of climate change on issues like rural-urban migration in Bhutan.

Where else has 83 and Alone screened and how will being part of the PBS Short Film Festival add to that exposure?

Alina Peng: I’m happy to say that 83 and Alone has screened at CAAMFest as well as the Green Film Festival of San Francisco, and we are excited to share this film with a wider audience at the PBS Short Film Festival. Through the process of making this film, we have found that oftentimes the people who contribute the least to the climate crisis are affected most and first. We hope being a part of the PBS Short Film Festival shines a light on this problem and compels more people to care about what’s happening to our planet.

After making the film, were there actions taken as of today from Bhutan for Phangyuel?

Charles: Bhutan recently announced its water flagship program to address the water scarcity crisis. The project will aim to bring adequate drinking and irrigation water to one hundred thousand people in various parts of the country, including Phangyuel. 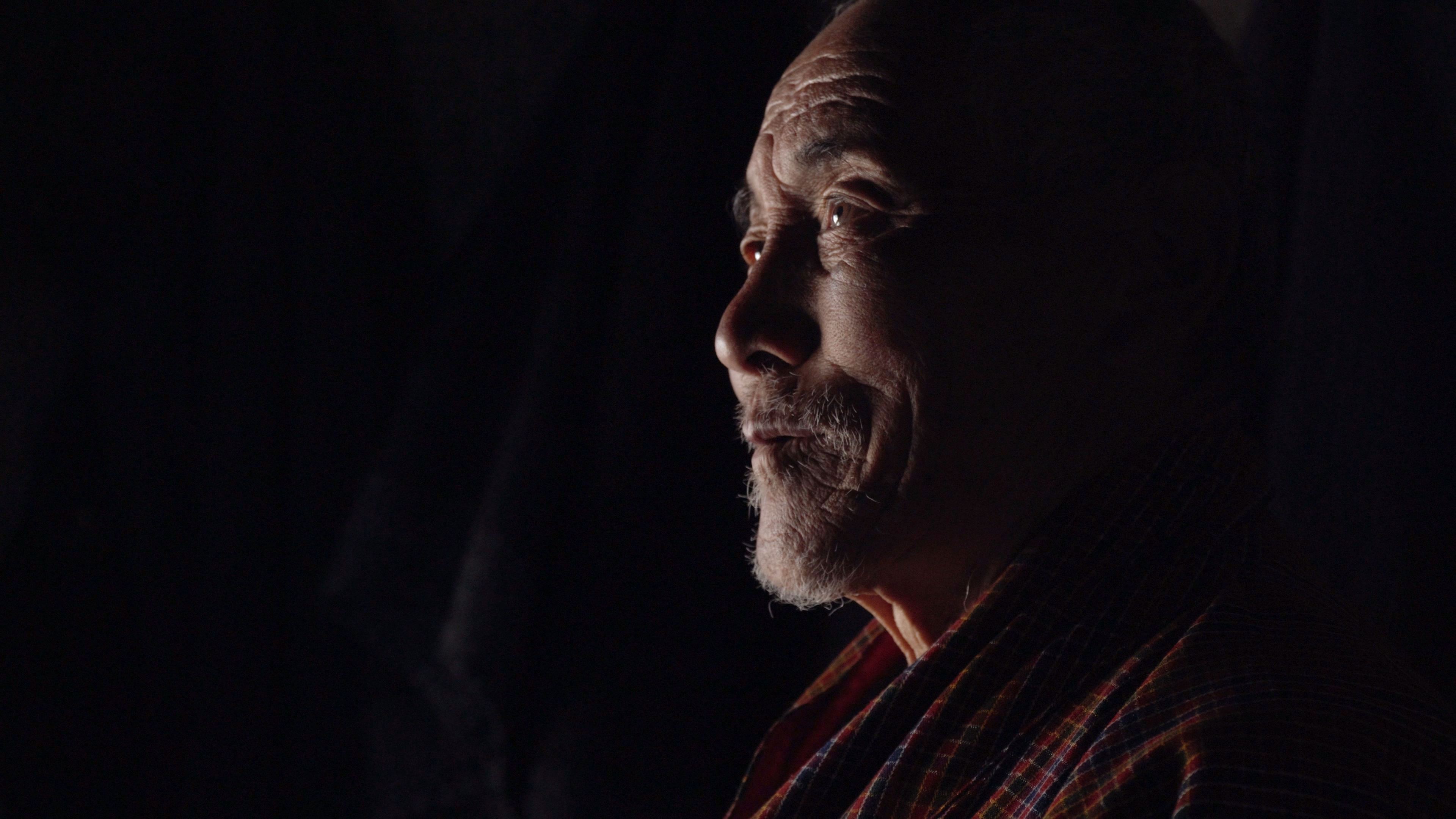 Did Daw’s children have a chance to visit him? And a chance to see the film? If yes, what was their reaction?

Alina: We have not been in touch with Daw’s children since the completion of this film; however, we’re actively in touch with the folks we’ve interviewed and would love to get the film into his children’s hands eventually.

Do you plan to make a follow up film for the people who moved to Thimphu if there would be a chance they would go back to Phangyuel if the situation improves?

Charles: We’d love to eventually make a follow-up film for the people who moved to Thimphu if given the chance, but we currently don’t have any plans!

What plans or any upcoming films after 83 and Alone?

Alina: We’re incredibly excited for 83 and Alone to be screened during the PBS film festival and shown to more people. This was actually the first of a three-part film series on Bhutan; we have two other documentary short films — one is about the environmental conservation of an orchard species, and the second is about how the climate crisis exacerbates gender inequity in the country that are also currently being screened at film festivals. We hope to be able to publicly share them in the next few months – so be on the lookout!

Aside from awareness of the Phangyuel water shortage, do you think the film is also timely about certain social issues in our country?

Charles: This film is definitely a call to action when it comes to environmental and social issues here in the United States. 83 and Alone highlights the environmental and climate struggles of Bhutan, a nation that is carbon negative, which means that it absorbs more carbon than it outputs. Bhutan is unfortunately bearing these consequences because of large, industrialized countries that have contributed far more to the warming of our planet.

This is a wakeup call to vote for public officials who are working towards climate regulation and sustainable development and contribute to organizations that are actively combatting the effects of the climate crisis.

Watch 83 and Alone and many other great films that will be streaming on PBS from July 11-22 as part of the PBS Short Film Festival 2022.