As part of our annual CAAMFest events, we are proud to announce the winners of the Comcast Xfinity Documentary and Narrative Awards, as well as the Loni Ding Award, honored at our Filmmaker Brunch at Victory Hall and Parlor on Sunday, May 15, 2022.

This award highlights the diversity and ingenuity of modern cinema and recognizes excellence in narrative filmmaking. 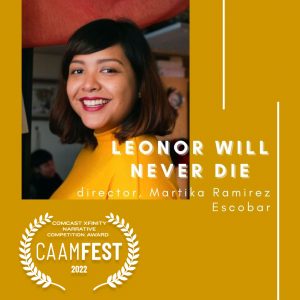 Like a genre busting Filipino version of Dennis Potter’s The Singing Detective, Leonor Will Never Die, channels magic realism and surrealism in a film that is full of surprises and feels at every moment it could go anywhere (which it does!). Incredibly inventive, well acted and directed, the film must have been an absolute fun riot to make and has one of my favorite lines of any movie I’ve seen in the past decade….’you fuckers are all grown ups’.

This award showcases a dynamic selection of films that fearlessly capture the challenging reality and surprising beauty inherent in the human experience. 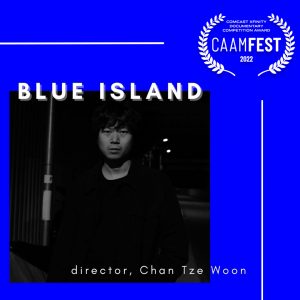 The CAAM Documentary Award goes to Blue Island, a reflexive, layered, and innovative film that straddles three generations in Hong Kong. The jury applauds the bold cinematic approach, weaving the past into the present by blending reenactments and interviews that are at once playful and revelatory. The jury also acknowledges the tremendous risk taken in producing the film, both to those involved but also in the form and approach. Touching on timely issues around identity, nationalism, freedom, and fate, Blue Island is a film that confronts power quietly, gives us pause to reflect on the cycles of history and the role individuals play within it. 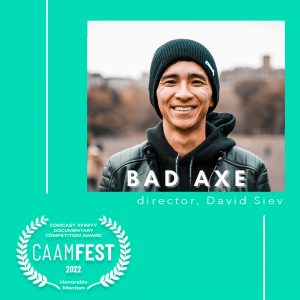 The CAAM Documentary Award Honorable Mention goes to Bad Axe, a personal and emotional film documenting the tenacity of a biracial family in rural Michigan as they keep their restaurant running amidst the pandemic and racial justice movements of 2020. The jury recognizes director David Siev’s bravery in sharing intimate and vulnerable moments as he turns the lens on his family and himself in his first feature documentary. Layering moments of uncertainty, anxiety, and grief with feelings of joy and love, Bad Axe is a testament to BIPOC families (by both blood and choice) surviving and thriving in rural America. 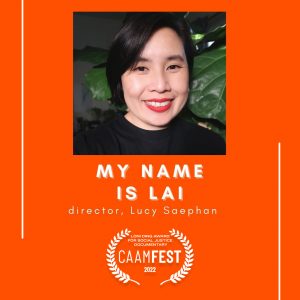 My Name is Lai

I was thinking about Loni, and how even though people remember her for her fearless noble character, pioneering vision, and relentless activism, her films had her own artful Loni touch. In her films and her personal interactions with anyone she met, there was always a feeling of intimacy and empathy that shone through — just like this year’s Loni Ding award winning film, My Name is Lai.

Special Jury Mention – On All Fronts