Happy Asian Pacific American Heritage Month! CAAM invites its members and a guest for a special screening as we appreciate the great works of CAAM founder, educator, filmmaker and mentor, Loni Ding. 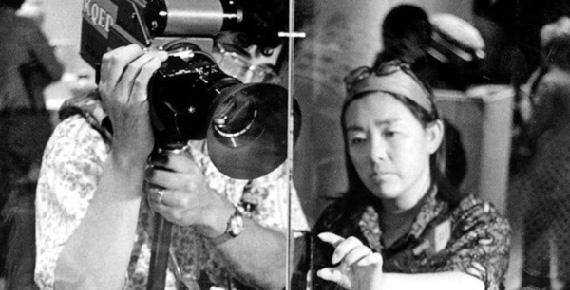 Happy Asian Pacific American Heritage Month! The Center for Asian American Media (CAAM) invites you and a guest for a special screening as we appreciate the great works of CAAM founder, educator, filmmaker and mentor, Loni Ding.

You must be a CAAM member to attend. Please contact membership [at] asianamericanmedia [dot] org for more information about CAAM membership.

NISEI SOLDIER focuses on the heroism of American men of Japanese ancestry who fought bravely during World War II, despite the intense moral dilemmas they faced. Leaving their families imprisoned in “relocation centers”, many young Nisei (second generation American-born Japanese) proved their loyalty in WWII by enlisting in the all-Japanese American 442nd Infantry Regiment which fought in Europe. Because of the Regiment’s incredible bravery in battle, liberation of French towns, and high casualty rate, it became the most decorated unit in U.S. military history. The film asks: What sustained these young men forced to battle on two fronts at once — against fascism abroad and intense prejudice at home? More than a war story, NISEI SOLDIER is a tale about personal honor, family loyalty and love of country — and what it means to be an American.

The film profiles the little-known story of Chinese immigrants Joseph and Mary Tape, who tried to enroll their 8-year-old U.S.-born daughter in San Francisco’s all-white Spring Valley School in September 1884. The principal refused to admit Mamie Tape citing school board policy barring Chinese children from attending the city’s public schools. The Tape family sued the principal and took the case to the California Supreme Court in 1885. School officials defended their position by arguing that the California constitution declared Chinese to be “dangerous to the well-being of the state,” and thus the city had no obligation to educate Chinese students. The court decided in favor of the Tape family, creating one of the pioneering decisions in the fight for equality in education.

Throughout the month of May, PBS and Independent Lens will be broadcasting stories that reflect the diversity of the Asian American experience in celebration of Asian Pacific American Heritage Month. Check out these CAAM-produced documentaries coming soon to your local public television station