To commemorate Asian American and Pacific Islander Heritage Month, an exclusive, digital-first series will turn the lens on AAPI filmmakers by providing an intimate look into stories often told but rarely heard. Asian American Stories of Resilience and Beyond features seven short films by both emerging and established creators, all focusing on the theme of resilience. Each filmmaker, with the guidance of an accomplished industry mentor, shines a light on moments, big and small, that demonstrate the diversity of the AAPI community.

Within the seven films, we meet a Filipino American woman on a journey to reconnect with her father after being separated by COVID-19; the child of Vietnamese refugees who reflects on the closure of their mother’s nail salon; Black, Indonesian American teens from Minneapolis whose dual identities shape their response to the killing of George Floyd and Breonna Taylor; and more.

During the peak of the pandemic over the past two years, Asian Americans and Pacific Islanders have been subject to heightened racism and violence. This is a struggle that the community has long encountered, from the Chinese Exclusion Act of 1882 and Japanese internment camps during World War II to more recent events, such as the Trump administration’s Muslim travel ban and the fatal shootings of six Asian women in Atlanta in 2021.

But Asian Americans and Pacific Islanders have endeavored beyond hate crimes and historical hardships. These seven short films speak to the many experiences of the community.

By exploring the AAPI experience, the series aims to showcase how the community has come together through adversity while also celebrating times of joy and hope.

“Asian Americans are now emerging from the pandemic, finding ways to support our families, rebuild our lives, get vaccinated and deal with the grief, pain and anger this has brought,” said A-Doc Co-Founder S. Leo Chiang. “Now, Asian American storytellers demand the opportunity to shape the public discourse about our own community, to tell our stories with complexity and nuance and to share them far and wide.”

Starting May 3, watch a new #AsianAmResilience film every Tuesday on YouTube and PBS: 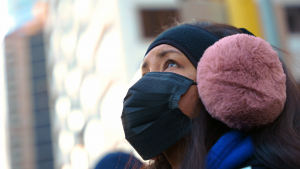 Stills from the film “On All Fronts”

ON ALL FRONTS by Joua Lee Grande | May 3

The story of a Minneapolis family as it navigates difficult conversations about how the violence and racial reckoning of 2020-21 impacted them as a biracial family. 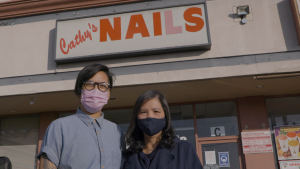 Stills from the film “On All Fronts”

IN LIVING MEMORY by Quyên Nguyen-Le | May 11

Focusing on the closure of their mother’s nail salon at the onset of the COVID-19 pandemic, a queer filmmaker works to articulate the legacy of the salon for their refugee family. 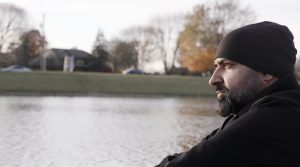 Stills from the film “Crossroads”

CROSSROADS by Sarita Khurana | May 17

A close look at the response of the Sikh community following the 2021 “FedEx shooting” in Indianapolis. 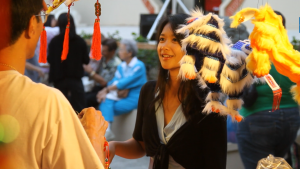 Stills from the film “My Chinatown, with Aloha”

MY CHINATOWN, WITH ALOHA by Kimberlee Bassford | May 24

Fourth-generation Chinese American filmmaker Kimberlee Bassford explores her family’s relationship to Honolulu Chinatown, documenting the parallels between how the COVID-19 pandemic and the 1899-1900 bubonic plague that hit Hawai‘i transformed the neighborhood then and now. 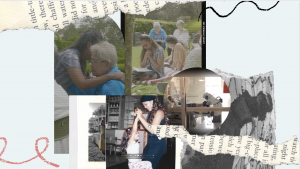 Stills from the film “Malditas”

MALDITAS by Bree Nieves | May 31

Two AAPI/FilAm cousins, three years apart, meet in a rural Florida cemetery and grapple with what remains of their hometown dreams after the loss of one of their fathers to the pandemic. 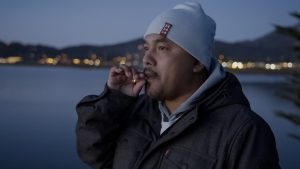 Stills from the film “The Lookout”

A Cambodian American refugee experiences freedom again after being behind bars for 20 years, but the potential for deportation threatens to take it all away. 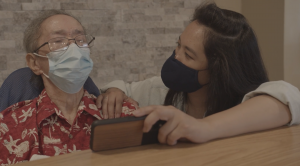 Stills from the film “Recording For Dodie”

A Filipino daughter struggling with depression finally reunites with her COVID-19 survivor father at his nursing home after 14 months of being physically apart.