CAAMFest 2021 will be taking place May 13-23, 2021 for 11 days of exciting Asian American storytelling, with programs you can enjoy at the drive-in or in your living room! During opening weekend, CAAM will present three evenings of drive-in presentations at Fort Mason Flix. Opening with two screenings of Try Harder!, director Debbie Lum’s documentary about San Francisco’s Lowell High School, the weekend also highlights the diverse Filipino American experience, with Dante Basco’s feature film directorial debut The Fabulous Filipino Brothers and Lumpia With a Vengeance, directed by Patricio Ginelsa. Other highlights include Hong Kong films The Way We Keep Dancing by Adam Wong and an archival screening of Wong Kar-Wai’s Happy Together.

Special prices for Early Bird tickets begin April 13. Keep reading to learn more about these films and to purchase tickets…

Try Harder!
Thursday, May 13, 6:30 p.m. and 9:15 p.m. at Fort Mason Flix
As they prepare for the emotionally draining college application process, students are keenly aware of the intense competition for the few open spots in their dream colleges in this feature-length documentary. At San Francisco’s Lowell High School—where cool kids are nerds, nearly everyone has an amazing talent, and the majority of the student body is Asian American—the things that usually make a person stand out can feel not good enough, even commonplace.

Lumpia With a Vengeance, directed by Patricio Ginelsa
Friday, May 14, 9:15 p.m. at Fort Mason Flix
The lumpia-armed avenger reappears in Fogtown (aka Daly City) and teams up with high school student Rachel to prevent a crime syndicate from selling drugs masked as food in this crowd-funded action comedy.

Buy Tickets for Lumpia With a Vengeance 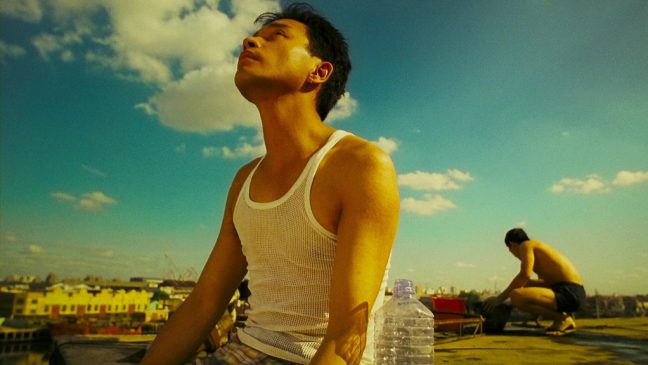 Happy Together, directed by Wong Kar-Wai
Saturday, May 15, 6:30 p.m. at FORT MASON FLIX
Wong Kar Wai’s emotionally raw, lushly stylized portrait of a relationship in breakdown casts Hong Kong superstars Tony Leung and Leslie Cheung as a couple traveling through Argentina and locked in a turbulent cycle of infatuation and destructive jealousy as they break up, make up, and fall apart again and again

Buy Tickets for Happy Together 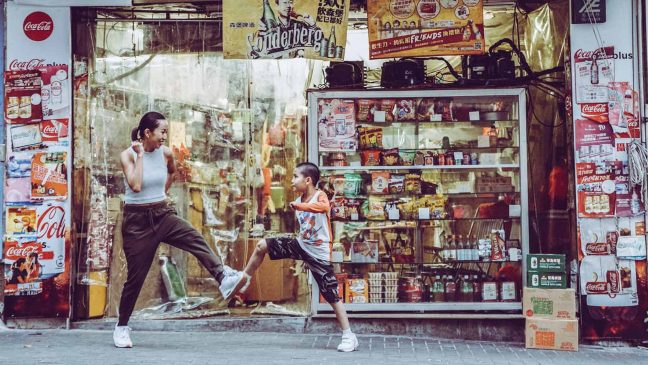 The Way We Keep Dancing,  directed by Adam Wong
Saturday, May 15, 9:15 p.m. at FORT MASON FLIX
Hong Kong’s underground artists have used the warehouses of the Kowloon Industrial District to set up studios, workshops and homes. Finding rent exorbitant and freedom restricted in other parts of the city, creatives like rapper Heyo (Heyo), YouTuber Alan (Babyjohn Choi), and dancer Hana (Cherry Ngan) rub shoulders and make friendships as they pursue their art.

Buy Tickets for The Way We Keep Dancing

Early bird ticket sales are available until April 20 only at CAAMedia.org. Use the code CF_EARLYBIRD_39 to get a 15% early bird discount on your drive-in ticket. CAAMFest 2021 opening weekend will be followed by eight more days of virtual and on-demand programming. Check back for more information as the full lineup is revealed!

Members support CAAM’s year‐round programming, including CAAMFest. They receive fantastic benefits, such as complimentary and discounted CAAMFest tickets, and invitations to events throughout the year. The support from members helps forward CAAM’s mission to amplify Asian American storytellers and advance a more authentic understanding of the American experience. For more information on membership and upcoming CAAM events, click here.

For over 40 years, the Center for Asian American Media (CAAM) has been dedicated to presenting stories that convey the richness and diversity of Asian American experiences to the broadest audience possible. As a nonprofit organization, CAAM funds, produces, distributes, and exhibits works in film, television, and digital media. For more information about CAAM, please visit www.CAAMedia.org.

Established in 1986, the Hong Kong Economic and Trade Office in San Francisco seeks to strengthen and broaden Hong Kong’s economic relations with 19 western states. The office also dedicates efforts to foster cultural exchanges between Hong Kong and the western states. Hong Kong is a dynamic and diverse cultural metropolis. The office is proud to be a presenting sponsor of CAAMFest 2021 and the Celebration of Hong Kong Cinema at FORT MASON FLIX.