The documentary, directed by Tadashi Nakamura, is about the power of art, Hawaiian culture and youth.

The votes have been tallied, and the winner has been declared: congratulations to 2016 CAAMFest San Jose Audience Award Winner, Mele Murals, directed by Tadashi Nakamura (Jake Shimabukuro: Life on Four Strings)! The film was CAAMFest San Jose‘s Opening Night film.

The documentary follows two graffiti artists, Estria Miyashiro and John “Prime” Hina, as they work with local youth in the town of Waimea, using street art and Hawaiian culture. The inspiring and surprising film shows the power of art and storytelling to connect multiple generations.

Mele Murals is a CAAM-funded film, and will premiere nationally on PBS in 2017.

CAAM would like to thank our wonderful attendees, filmmakers, CAAMFest San Jose advisory board members, sponsors, and our co-presenter of the festival, Asian Americans for Community Involvement (AACI). 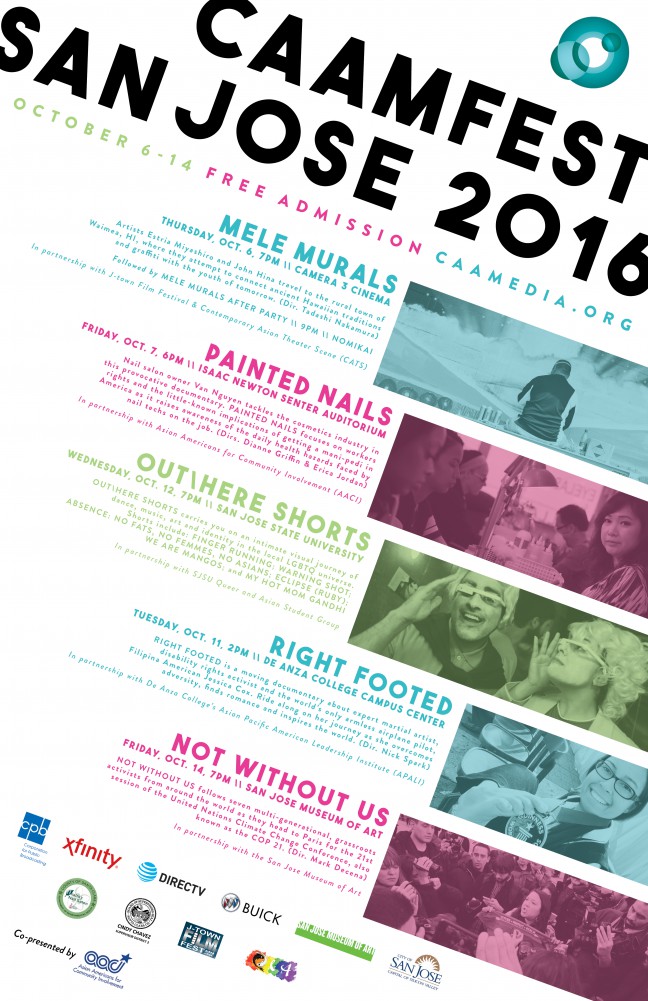