Fall in love a little more with the charming John Cho on ABC's new show, "Selfie," co-starring Karen Gillan in this modern remake of "My Fair Lady." The season starts Tuesday, September 30.

Actor John Cho is the male lead in the new ABC sitcom Selfie, a modern take on the Pygmalion/My Fair Lady story. Cho plays Henry Higgins, a marketing guru who is convinced by a self-absorbed Eliza Dooley (played by Karen Gillan) to remake and rebrand her. The show begins airing on ABC Tuesday, September 30, and the pilot episode is already available on Hulu.

In many ways, it’s incredible that this Korean-born, former teacher, who also worked at a Korean youth center, has been able to break the color barrier in TV. The extremely likable actor is perhaps most known for his on-screen charm in movie franchises like American Pie, Harold & Kumar and the new Star Trek, and in TV shows like Sleepy Hollow and FlashForward. Early in his career, Cho also starred in several key Asian American independent films—Yellow, Shopping for Fangs and Better Luck Tomorrow and acted on stage as part of the venerable Asian American theater company, East West Players.

I caught the actor in a phone interview. The previous day he’d slept at 4 a.m., and was on his way to a photo shoot when I chatted with him. When CAAM reached out to readers on social media for questions they’d want to ask Cho, about half were variations of “Why is he so cute?,” including one marriage proposal (he’s already married, for the record). The somewhat self-effacing actor clearly has an effect on people, inspiring both seriousness and respect, and a little bit of awe. Check out what Cho says about his career, why he quit teaching, and why he thinks Asian American male actors have a handicap.

Earlier in your film career, you starred in several key Asian American independent films like Yellow (dir. Chris Chan Lee) and Shopping for Fangs (dirs. Quentin Lee and Justin Lin) and Better Luck Tomorrow (dir. Justin Lin). What did that time period mean to you?
I look upon those days with some nostalgia because those films were pushing against a membrane that was never entirely broken, but it felt great to be a part of the pushing. The era was big with possibilities. I’m proud of it. I’m proud there was a push then.

Well, I was curious, because I think on the surface, people are really excited that you’re starring as the male lead on this new primetime ABC show. But do you feel being an Asian American male actor, that you still face challenges?
Yeah. I mean, it’s really just sort of built into being a statistical minority. Just from a creative standpoint there are just entire genres that I’m locked out of, being Asian, because of historical reality. You know, like the cowboy picture (laughs). Basically you’re doing immigrants, smaller immigrant roles. And if you’re doing bigger roles, you’re doing modern tales. That is to say, contemporary stories. And you can do futuristic stories. So I guess I’ve done those.

I don’t know whether the perception is that people think I’ve got it made in the shade, but I still feel like I have to fight for everything. And you know, my career may seem rosy to some—to me, I’m always pretty convinced the wheels are gonna fall off the car any day and  that this is the last job. It seems impossible that I’ll work again every time—but maybe I’m fooling my own self. Maybe that’s not the truth either.

I have noticed that—for whatever reason—my personality, I think, folds over into what people consider to be a broad definition of American. And I think that I’m very Korean-specific. But that’s just a chance thing. You know, I feel very much like a Korean man that immigrated to the United States. But I think white America would see me as American. That’s a vague adjective in lot of ways—but it’s a bit of a roll of the dice as to whether people see you as foreign or not. The number of years you’ve been in the United States, whether you’re born here or not—sometimes has no bearing on whether people see you as American or not. For whatever reason, the public perceives me as American. Maybe that explains some of it. But again, I’d like to think, it’s because I have the chops. But the reality is, it’s a mixture of both, probably. I shouldn’t talk about how I have acting chops (laughs). 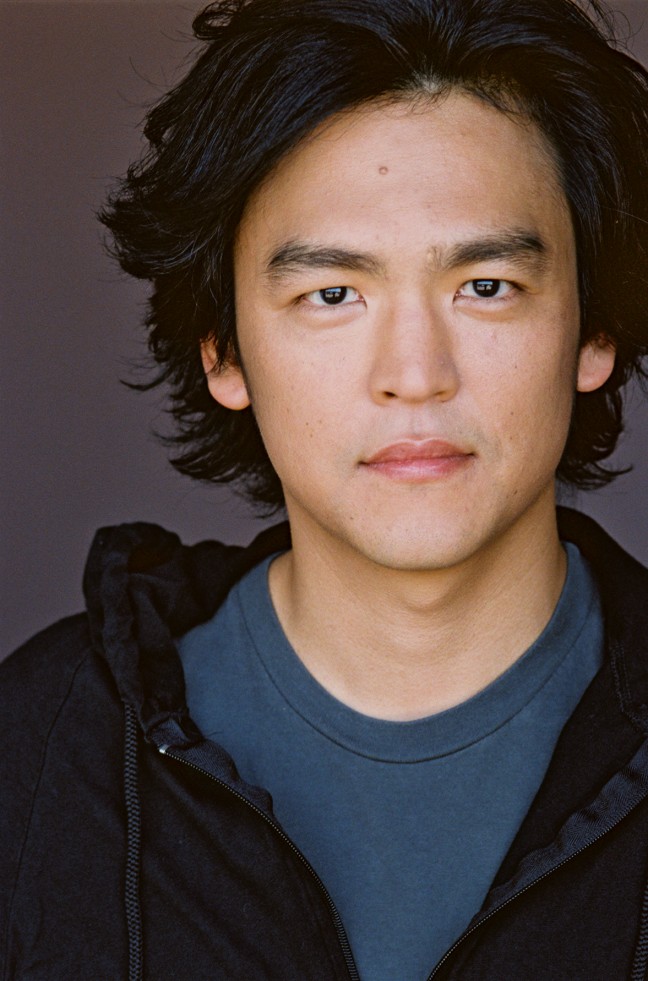 —Go Bears! And you went into teaching. Did you think this acting path is the one you’d take?
I was a little confused where my life was heading. It really didn’t seem like a long-term thing. I was sort of giving myself a pass in my 20s to try it. Acting was interesting to me but I really fell into it. I didn’t know whether I was meant to do it, I didn’t know whether I was good enough. Furthermore, this is the mid-to-late 90s. It just didn’t seem like enough jobs out there. It seems like the landscape has changed quite a bit since I started. If you turn on the TV, I think a kid could assume if he or she went into acting, there’s a career there because you see Asians in commercials and in bit spots in shows sand stuff. Very little of that existed in the mid to late 90s. I didn’t foresee myself giving up my second job for a very, very long time. In fact, I think my goal as an actor was not to have a second job by the time I was 40 years old. So to answer your question, I came in hopeful, but I was very realistic.

Was your main job the teaching job?
Yeah and then I worked at the Korean youth center.  I didn’t know what I was doing—I took jobs that require your soul—teaching and at the youth center. And you know, you really should be waiting tables—something you can quit with no remorse. And I quit and said I’ll see if I can force myself into earning a living as an actor. It worked out for me, but it’s a little bit of luck there.

Since you’re the male lead in Selfie, do you think that your role is bringing something new to the media landscape? (Question submitted via Facebook by Ravi Chandra).
Yeah. I am attracted to things that Asian Americans have not done. My hope is that people just get used to an Asian face doing these sorts of things. And that makes it easier the second time around, and it makes it more likely. But you know, I’m realistic about that too. I don’t know that when my career is over, everything [will be] different. That’s certainly something I think about. Having said that, I don’t put that above my personal needs—they’re intertwined. I take personal glee in doing things that haven’t been done by Asian American men in film and TV.

This interview has been edited for length and clarity. The interview is crossposted at XFinity TV.

Main image: John Cho and Karen Gillan star in Selfie. Social Media superstar Eliza Dooley (Karen Gillan) has 263,000 followers who hang on to her every post, tweet and selfie. But after a workplace mishap goes viral, she quickly realizes that being “instafamous” isn’t all it’s cracked up to be and being friended is not the same as having actual friends. ©Eric McCandless/ABC.