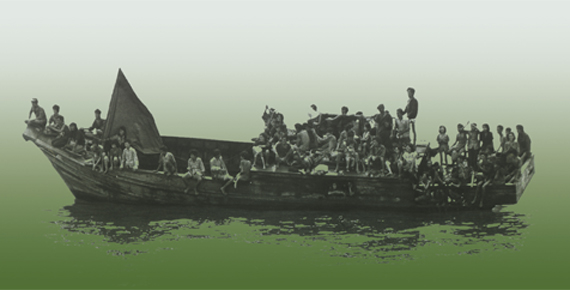 Several films we’ve funded have received acceptance into some wonderful film festivals and a record number have also gone on to win awards. To start off with seven CAAM films were screened at our own festival: MOSQUE IN MORGANTOWN, A SONG FOR OURSELVES, FRUITFLY, AHEAD OF THE MAJORITY: THE PATSY MINK STORY, PROJECT KASHMIR and WHATEVER IT TAKES. And the CAAM funded film MOSQUE IN MORGANTOWN by Director Brittany Huckabee won Best Documentary Feature at SFIAAFF.

At the other local San Francisco International Film Festival, we also had a record number of CAAM films represented: SPEAKING IN TONGUES, NEW MUSLIM
COOL, and CITY OF BORDERS. SPEAKING IN TONGUES by Directors Marcia Jarmel and Ken Schnieder won the Audience Award for Best Documentary Feature at the
SFIFF.

CITY OF BORDERS by Director Yun Suh had it’s World Premiere at the BERLIN FILM FESTIVAL where it screened to sold out audiences and won the Teddy
(Readers/Audience) Award. And NEW MUSLIM COOL by Director Jennifer Maytorena Taylor won the Freedom Award at a sneak preview at the Al Jazeera International Documentary Festival.

In addition to screening at festivals, a couple of other CAAM funded projects: CAMPAIGN by Director Kazuhiro Soda won the prestigious Peabody
Award; CALAVERA HIGHWAY won the Silver Hugo for History/Biography at the 2009 Hugo Television Awards; and last but not least the series UNNATURAL
CAUSES by Producers Larry Adelman and Llew Smith won the Alfred I DuPont – Columbia Award for Excellence in Broadcast Journalism. UNNATURAL CAUSES was
funded in part by the National Minority Consortia (NMC) of which CAAM is a member.