He’s probably a familiar face, but you may know little about him. We’re here to change that.

If you watch TV or movies, chances are, you’ve seen Tzi Ma. But beyond his familiar face, you probably know little about the actor. You may remember him in films like Rush Hour, The Ladykillers, The Campaign, and Million Dollar Arm. Ma has also made appearances numerous TV shows including The Cosby Show and Nash Bridges. He recently reprised his role as Cheng Zhi, the unwavering head of security for the Chinese consulate in Los Angeles, in 24: Live Another Day on Fox. Now he can be seen on the USA drama, Satisfaction, as a Zen Master who is counseling a man who is trying to come to deal with his wife’s extra-marital affair with a male escort. Tzi Ma (pronounced TAI-MA) paid his dues as an actor in New York City before coming to Los Angeles where he would diversify his resume with roles on stage, movies and TV. He was born in Hong Kong and currently lives in Los Angeles.

With his vastly diverse resume, Ma has been in the entertainment business for over 30 years, paving the way for younger Asian American actors. That said, you’d think he would sound like a very, very serious man. But with a laid-back California vibe, he’s like the cool uncle you want to hang out with, who you can crack jokes with and also have a serious conversation with. That said, he’s also a straight shooter when it comes to discussing Asian Americans in Hollywood and community support. From Asian American entertainers (or lack thereof) who influenced his career, to his obsession with early Christoper Lee horror movies, to his passionate feelings about the changing landscape of Asian Americans in Hollywood, we had the opportunity to learn about the many sides of Tzi Ma.

The Season Finale of Satisfaction is Thursday, September 18. Tzi Ma appears in Katherine Heigl and Alfre Woodard’s new show, State of Affairs, on NBC this Fall.

What were your acting influences when you were growing up?
Influences? Nothing. There were no role models when I was interested in acting—but, I guess Bruce Lee was the only guy on TV for The Green Hornet. I think I was what, 14, 15? But other than that, there was Sand Pebbles with Mako. I didn’t get to see the movie when it first came out, but I saw it later on. I can’t say they were influences in terms of getting into acting. It was just a complete self-determined choice. That’s what I wanted to do, so I went ahead and did it.

Did you have any favorite TV shows and movies growing up?
Growing up I actually liked horror movies—like Christopher Lee and Peter Cushing. It’s kind of weird because it was really cool to watch these vampire movies with Chris Lee. As for TV shows? It was Man from Uncle, Wild, Wild West, Mission Impossible, and Mork and Mindy—shout out to Robin Williams. And when I saw Star Trek I was already into acting so I couldn’t say George Takei had any influence on my decision—although I loved seeing him. Then there was Pat Morita. The first time I saw Pat was on Happy Days. I think he had a short-lived detective series.

Yes, I think it was called Mr. T and Tina.
Yes! Pat was definitely a trailblazer in his day for sure. I don’t think enough people give him credit for that.

What about progress in television?
I’m beginning to see a little bit more. In particularly, last year was very encouraging. There were many pilots that involved Asian American male series regulars. There were at least ten scripts out there that had Asian American leads. Unfortunately, a lot of them didn’t go to series, and the ones that did got cancelled. So this year I didn’t see any of it. I saw maybe one or two. We’re going to continue to encounter this two-step tango: one-step forward and two-steps back. 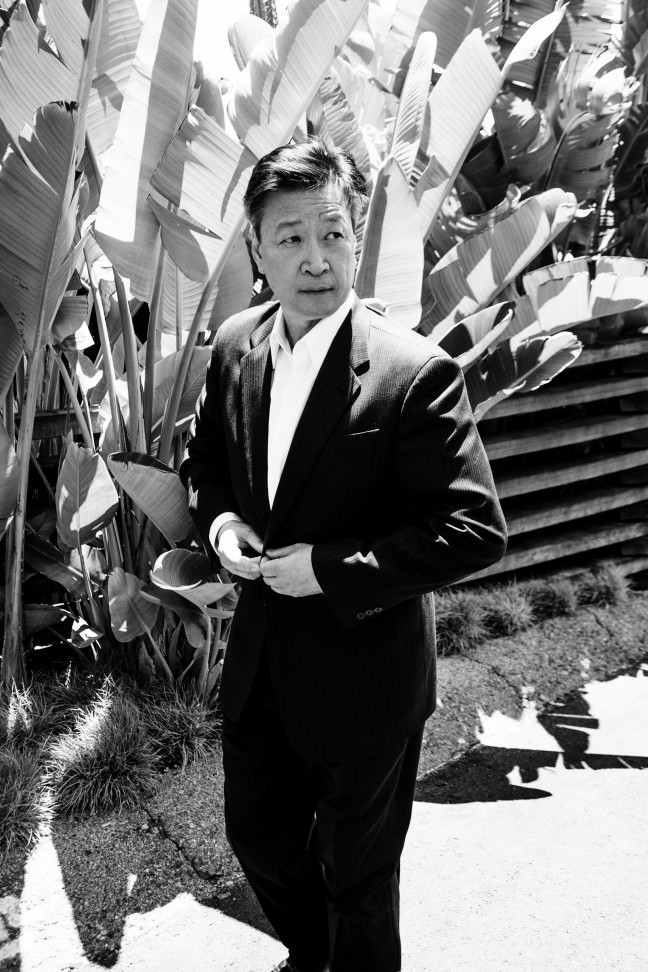 I recently spoke to Steven Byrne from Sullivan & Son about community support for the Asian American actors in Hollywood. Do you think there could be more support?
We as a community are not holding up our end. You know, we’re not really supporting the creative community out there. I really don’t know what the reasons are. I mean, is it because we wish to assimilate so much? Do we hate ourselves that much? Do we have a problem with ourselves? What’s the deal? I’d like to know. I’d like to get everybody together and sit down and say, “What’s up? What do you want? How do you want us to represent you?” Why am I busting my balls for over 30 years trying to represent you well, when you don’t give a f*ck about who I am and what I do?

Switching gears to your role in 24. Were you a big fan of the show before you were cast?
I was because I felt that it was a fresh look in terms of how a series is being presented. You’re talking about 24 episodes and each episode’s an hour. That’s fresh. That’s new. That’s never been done before. The fact that they had a black president before there was a black president? That was cool. I said, “That’s progressive. That’s some shit going on here that I want to be involved with.”

What attracted you to the character of Cheng Zhi?
When the character presented himself, he was the head of security for the Chinese consulate. In many respects he’s kind of Jack Bauer’s mirror image. That’s the way I saw him. He was the guy who was doing the exact same job as Jack Bauer in CTU (the Counter Terrorist Unit). He was smart. He was strong. He was manly—and I thought he had a great deal of sex appeal.

Now you play a Zen Master on the show Satisfaction on USA. How has that been?
Terrific. I mean, on the surface, I what know you’re thinking: “Oh, this guy’s a Zen master? Please, come on!” But, you know what? This is not your run of the mill Zen master. When you have this type of character, he is a guy who’s going to spew out just endless philosophy and teachings. That would be the normal thing. You know the type of situation where I would say something like, “Grasshopper, grasp the pebble from my palm.”

What makes him different?
He’s just a regular guy and he never ever gives advice. All he wants you to do is listen to yourself and say, “Look, what is your life about now?” If you ever watch the Dalai Lama, this dude can be funny. He would joke with you, but he can be serious. That’s the real character. That’s the real kind of a true teacher as opposed to your stereotypical teacher or Zen master. It’s quite rewarding and it’s quite refreshing.

Any other projects in the pipeline for you?
I’m doing another NBC show with Alfre Woodard and Katherine Heigl called State of Affairs. I think it premieres in November and I wish them every success. Again, I love to see stuff like that. I mean, a black woman president? I’m there. And the fact that they came and knocked on my door and asked,  “Would you like to be a part of it?” I said, “Yeah, that’s a no brainer.” I’m doing that and I’m shooting a Western in Calgary with Scott Eastwood—that’s Clint Eastwood’s son.