We are thrilled to announce that EMPLOYED IDENTITY, to be directed by Bao Minh Nguyen, is one of three webseries funded by CAAM’s Web Innovation Fund. EMPLOYED IDENTITY explores the phenomenon of the Vietnamese diaspora returning to the country of their parents’ birth, to find both themselves and successful careers. 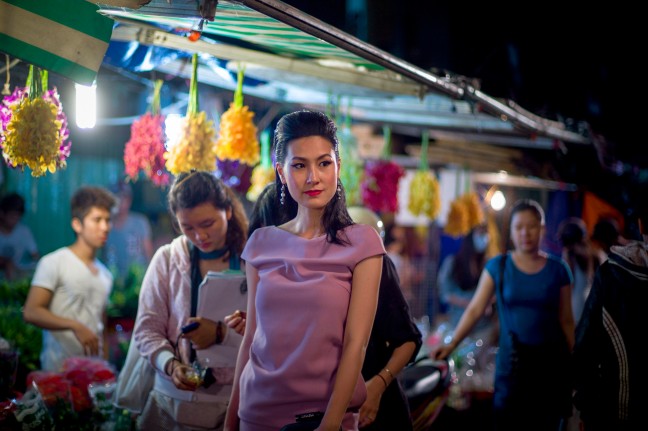 Today, many of these Vietnamese abroad, or “Viet Kieu,” are leaving the recessive economies of their adopted homelands to seek new opportunities in the growing economy of Vietnam. This move allows them to reconnect with their “homeland” while connecting them to relatives that never immigrated to America. The series touches upon a range of topics such as identity, unemployment, minority portrayal in entertainment, familial relationships, and the emerging art and film scene in Vietnam.

Bao Minh Nguyen, the creator and Director of the webseries “Employed Identity” tells CAAM more about the making of this new webseries to be released in early 2014. 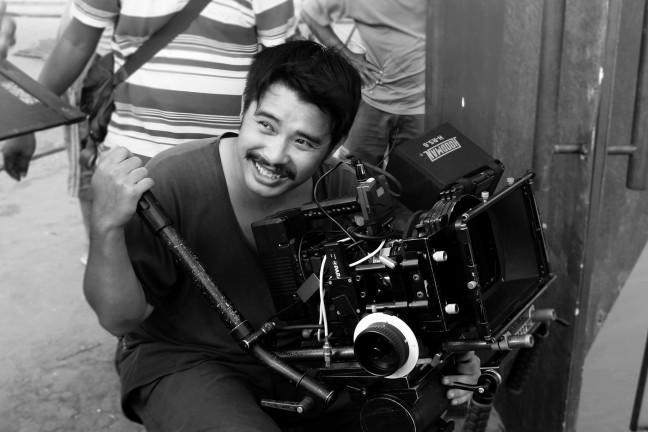 You have quite a highly regarded cinematography & photography background – have you always wanted to move towards producing & directing? Why?

Well first off, thanks very much for the kind words. I’m feeling like I’m very much in the outset of my filmmaking career, so compliments are always nice to hear! Going back to the question, moving towards producing and directing just felt like a natural progression from my previous focus on photography and cinematography. I never started just wanting to focus on the visuals of a story or a subject but while transitioning from photography to filmmaking, cinematography seemed like the most logical place to start. As I worked on more film shoots as a cinematographer, I got to learn more about filmmaking and specifically directing from mentors such as Stephane Gauger (Owl and the Sparrow, Saigon Electric), Minh Nguyen-Vo (Buffalo Boy), and Ham Tran (Journey from the Fall). I always knew I wanted to become a director but I felt like I needed more real world experience beyond what I learned from film studies at NYU and SVA. Happy to say now that I am currently developing my first feature narrative as I write this! In terms of my work as a producer, it goes back to my days prior to my filmmaking career. After college, I worked at a few non-profits in the development and fundraising departments and also at the Obama campaign handling field operations, volunteer coordination, and constituency outreach. The skills that I learned from these various jobs really prepared me well as a producer. My development background has helped me in securing financing for projects, and my experience as a staffer on the Obama campaign translated directly to many typical producer roles. The shift happened very organically and I’m very fortunate for that.

What inspired you to create the “Employed Identity” webseries?

There were a lot of different inspirations for “Employed Identity” but I think the idea was really planted into my mind from the experience of my parents. My parents moved back to Vietnam over 10 years ago after immigrating to the United States after the Vietnam War and living in the United States for most of my childhood and teenage life.  They never seemed totally at home living in the United States and I knew they had a strong desire to return. At the time of their move, the economy in Vietnam was really booming and both my sister and me had moved out of the house so everything seemed right. Because of their move back, I spent more time in Vietnam visiting them and that’s when I began observing the phenomenon of second generation and 1.5 generation Vietnamese returning to Vietnam. Individuals from all walks of life returned but to me the group that was most interesting was the creative group coming to Vietnam. Filmmakers, artists, fashion designers, photographers, and musicians – just seeing how culture and art would transform in Vietnam because of this exodus really fascinated me.

Why a webseries rather than a documentary like some of your previous works?

I think a web series really lends itself to the type of portraits I hope to create and the audience that can be potentially reached. Don’t get me wrong, I love the documentary form but I think there are limitations to documentary distribution and audience reach. The sad reality is that documentaries are finding it harder to find a home on television and in theaters and are increasingly looking to the other viewing platforms – the main place being the Internet. However, the Internet has not only completely changed the way we watch content but has also the type of content being created. Short videos no more than several minutes long, or even as short as 6 seconds on sites like Vine, seem to be the norm nowadays and that changes the way we filmmakers tell stories. For me, the limitations of length is a welcome challenge for me, especially for a project like “Employed Identity” where the short form of the web is perfect when I’m profiling a variety of individuals with their own storyline. Instead of having to necessarily tie all their story lines together in a documentary, having a web series with standalone episodes but a general theme behind all of them is much more fitting. Finally, I wanted to add that a web series where you can constantly update the story and interact with your audience creates what my friend Hieu Ho (producer of the successful online series LXD) called the infinite narrative. A documentary usually exists and is shot in a finite amount of time yet a series on the Internet has much more flexibility in terms of its end. “Employed Identity” will begin as a series about an initial group of Vietnamese who have returned to Vietnam but because the series will live on the Internet, there’s the potential to continually follow and update the lives of our subjects and add more stories and profiles as the phenomenon in Vietnam continues.

Are Vietnamese diaspora going back to Vietnam at a greater rate than other Asians, why do you think that is?

I can’t speak as an authority on this but from the conversations I’ve had and what I’ve seen, it appears that Vietnamese are returning to Vietnam at a greater rate than most Asians. I would contribute it to the fact that many Vietnamese didn’t necessarily make the choice to immigrate abroad but did it out of necessity. Many left because they were escaping the war or were fearful of potential post-war consequences. I found that true for other Asian groups that escaped because of war particularly Cambodians, who are also returning to Cambodia in sizable numbers. I think the growing economy of Vietnam and the recession in the United States and Europe have also helped lure back many Vietnamese to their home country. Limited talent pools in industries such as film, music, and advertising in Vietnam have created a high demand.

How has your experience filming “Saigon Electric” and other films tied to the Vietnamese community have an effect on your perspective of Vietnamese abroad?

What can the audience expect from this webseries? Will there be specific characters or storylines that the audience will get to follow on their journey?

The audience can expect an intimate and impressionistic look into the choices and challenges that Vietnamese abroad face when they make the leap and move to Vietnam. We follow a number of individuals including a filmmaker who is still not sure if he wants to completely make the move and an actress who is eagerly awaiting the release of her big movie. Each character will have their own storyline but everyone’s story will tie together to the themes and topics that I hope to explore broadly in the whole piece. These themes and topics include sense of identity, societal representation, and impact of the global recession, among many others.