SAN FRANCISCO, March 28, 2013 – CAAMFest successfully concluded after 11 days of expanded programs in film, music and food featuring over 100 films and a variety of music performances, food salons and media workshops. Formerly the San Francisco International Asian American Film Festival, the largest of its kind, CAAMFest has extended its scope through original forms of artistic expression and community engagement. The festival welcomed over 20,000 participants, including over 230 filmmakers, artists, musicians, culinary creatives and industry professionals from around the world. Highlighting programs from 21 countries, festival attendees participated in a multitude of interactive live events that combined film, music and community dialogue – distinct experiences that exemplify CAAM’s signature style. This year’s film program consisted of 21 narrative films, 19 documentaries and 50 short films as well as 6 world premieres, 7 U.S. premieres and 14 San Francisco premieres.

Congratulations to the 2013 CAAMFest Award Winners: 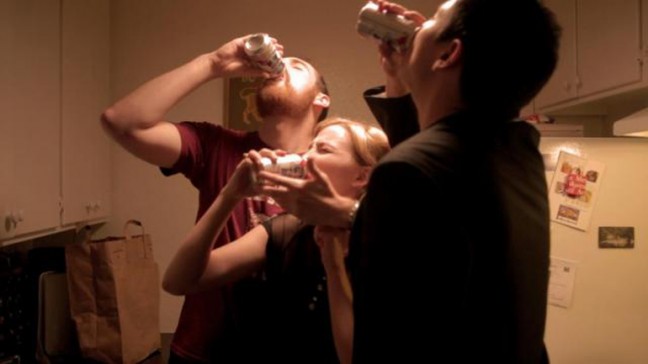 The Comcast Narrative Competition Award focuses on the depth of contemporary American cinema. From taut thrillers to love stories, this year’s selection is a dynamic showcase that featured an exciting array of filmmakers. The 2013 jury included Marcus Hu, Co-President and Co-Founder of Strand Releasing; Jigar Mehta, Director of Operations at Matter Ventures and previously a reporter and journalist for the New York Times; and Jennifer Ruppmann, Assistant Director in General Audience Programming at PBS.

Jury Statement: A complex web of family interrelations is beautifully untangled through a thoughtfully paced and brilliantly acted portrait of estranged siblings struggling to cope with the death of their father and find closure. Ken Adachi’s delicate direction gives this talented cast an opportunity to shine as an ensemble. 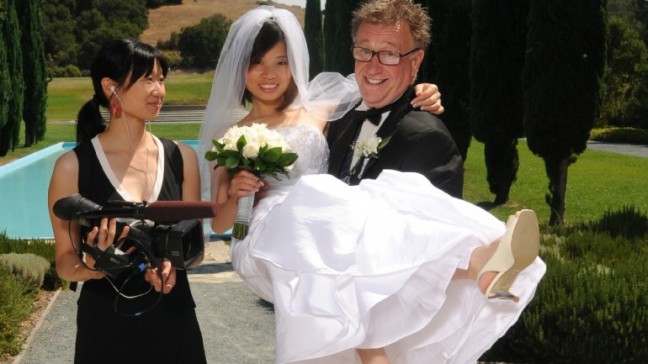 Jury Statement: An engaging, lighthearted look at the serious issues of race, power and gender in the global economy. SEEKING ASIAN FEMALE tells the story in a way that compels the audience to wonder how it will turn out. The narrator herself is drawn into the story of a potentially creepy but eventually sympathetic older man who finds love on the Internet in the form of a Chinese woman half his age. 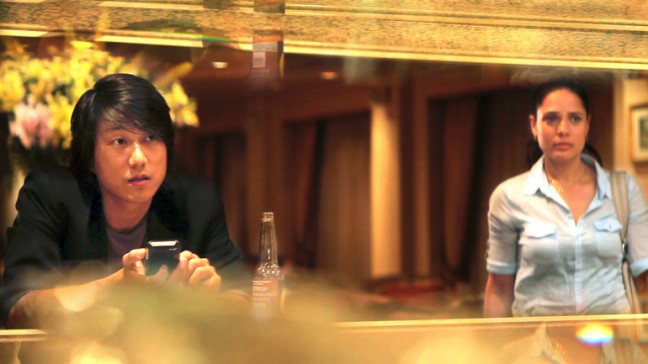 Our newest award category, the Emerging Filmmaker Award, surveys the domestic and international pool of emerging filmmakers. The jury included Tanuj Chopra, Director of Nice Girls Crew and previous winner of CAAM’s Best Narrative with Punching at the Sun; Jane Kim, member of the Board of Supervisors, representing District Six in San Francisco; and acclaimed documentary film editor Jean Tsien.

Jury Statement: It was a difficult decision but we felt SUNSET STORIES presented a diverse vision with compassionate characters and heartfelt storytelling. This year, we felt the award should go to a dedicated filmmaker holding the torch for the Asian American film movement. Every submission in this category has its merits yet SUNSET STORIES’ effort to present a pluralistic vision of American society won our hearts and our decision.

The Audience Award gives the valued members of our audience the honor of selecting their favorite films of the festival. The 2013 Audience Award winners are: 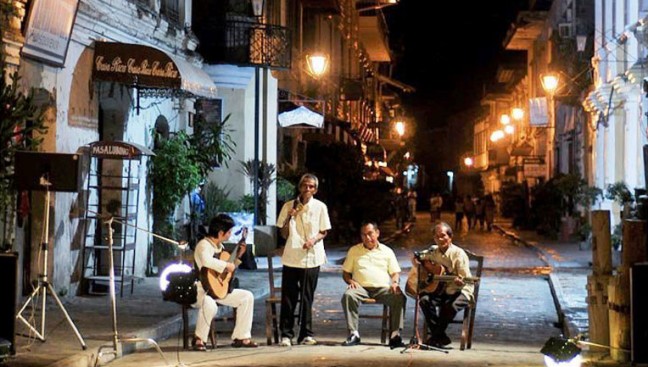 Producer Fides Enriquez’s Statement: HARANA is our first full-length feature documentary and we are so honored to be part of this year’s festival.  On a personal level, I am so inspired to create more full-length documentaries about Philippine vanishing cultures and traditions. HARANA was my “training”, and I’m so happy the movie resonated with the audience.  It is even more poignant to us given that one of the haranistas featured in the film, Felipe Alonzo, just passed away this weekend (on March 24). I feel that we honored him as best we can with this movie. 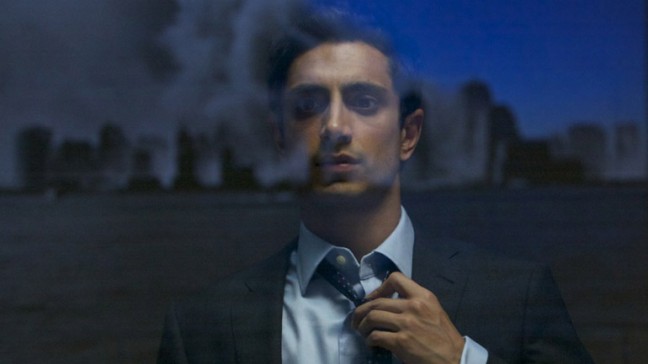 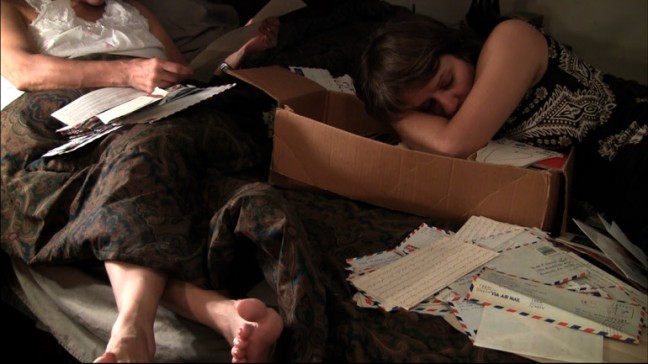 Loni Ding (1931-2010) was a veteran independent television producer and university instructor. She devoted her life to advocacy and public service, and played a key role in the founding of several public media organizations, including the Center for Asian American Media (CAAM) and the Independent Television Service (ITVS). Her award-winning productions, which include Nisei Soldier (1984), The Color of Honor (1988), and Ancestors in the Americas (1997), were among the first to document early Asian immigrant histories. The Loni Ding Award was created in 2011 to honor the film and filmmaker that most reflects Loni’s passion and commitment.

CAAM is proud to announce the third annual Loni Ding Award winner and its prize of $1000 goes to Aggie Ebrahimi Bazaz and her short film INHERITANCE, which investigates what’s lost, gained and carried over in the process of diaspora. 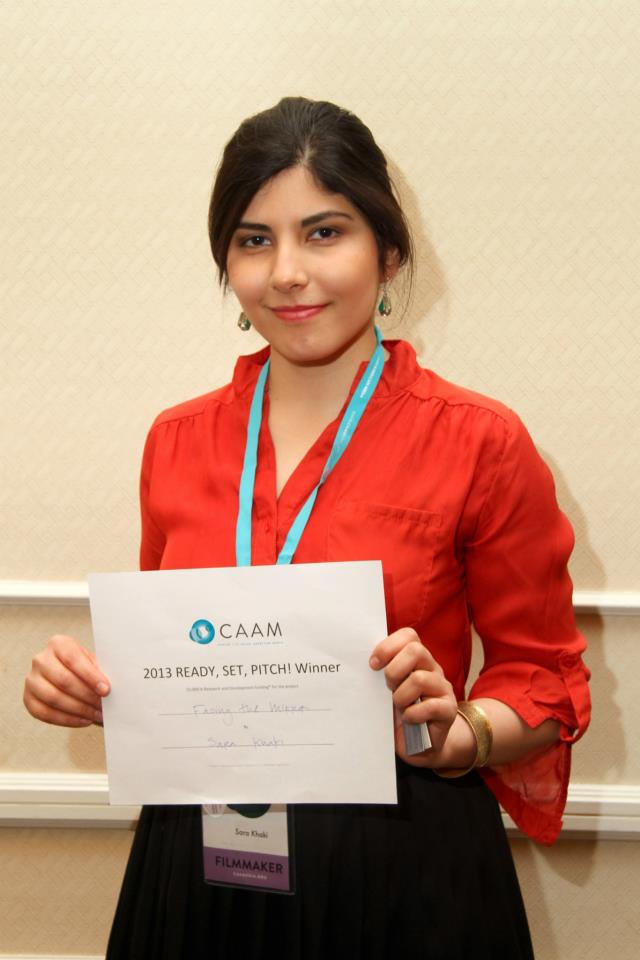 CAAM continued its venture into the world of live funding with its Ready, Set, Pitch! presentation at this year’s CAAMFest. With help from online YouTube voting, five media producers with projects in development were selected to present their pitch to a jury of media professionals and a live festival audience. The jury included Lee Ann Kim, Executive Director of Pacific Arts Movement; Shaady Salehi, Executive Director of Active Voice; and Jigar Mehta, Director of Operations of Matter Ventures.  The jury scored the projects on story, pitch presentation, and audience engagement strategy.

This year’s winner is producer Sara Khaki with her project FACING THE MIRROR about an Iranian-born American plastic surgeon offering hope and healing to those whose lives have been ravaged by war. As the winning pitch, Khaki was awarded $5000 in CAAM Research and Development funding.

The festival also continued its Southwest Airlines Student Delegate Program and welcomed 12 university students from across the country to participate in a rigorous program of screenings and private discussions with festival guests. In addition, over 200 delegates representing 15 Asian American film festivals from various U.S. and Canadian cities attended and participated in the Festival’s annual programmers meeting.

CAAM (Center for Asian American Media) is a non-profit organization dedicated to presenting stories that convey the richness and diversity of Asian American experiences to the broadest audience possible. CAAM does this by funding, producing, distributing and exhibiting works in film, television and digital media. For more information on CAAM, please visit www.caamedia.org.