The ten-day SFIAAFF kicked off last night with the opening movie WEST IS WEST followed by the Opening Night Gala at the Asian American Art Museum.

The ten-day SFIAAFF kicked off last night with the opening movie WEST IS WEST followed by the Opening Night Gala at the Asian American Art Museum. The film “WEST IS WEST” was a thoroughly enjoyable crowd-pleaser. Keeping with the festival’s focus on South Asian cinema this year, the movie tells the story of a Pakistani-English family’s attempt to come to grips with it’s complicated past. The film captured a phenomenon that Asian Americans experience all too often – the inability to fit neatly into dichotomous cultural categories – neither “purely” Western nor “purely” Asian. The movie showed that the complexity of the resulting identity messiness is always up for definition and re-definition. 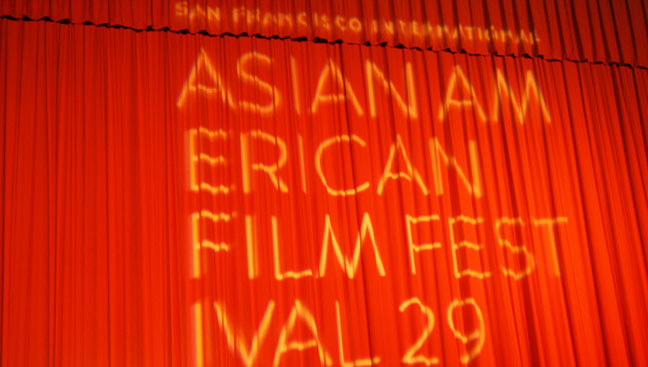 At the Opening Night Gala, the mood was buoyant as old friends reconnected or met new friends over their shared passion for Asian American cinema. Fueled by Remy Martin sidecars and late-night dumplings, I got to know a few of our fellow delegates over some intense bhangra dancing. Fellow delegate Nawneet led us in a few custom moves – I broke a sweat trying to keep up.

After the gala ended, the party moved to Passion Cafe for an after-party that continued the opening night excitement. I overheard conversations with anxious filmmakers about when their films were screening, talked with Yu Ge, director of the short A MOTH IN SPRING who shared with me the incredible story of the documentary’s making. As the night wrapped up, I was waiting outside the cafe, I found myself next to Aqib Khan. He and his manager were congenial and eager to share their impressions of the U.S. on their first visit. It was a great way to wrap up an evening of excitement.