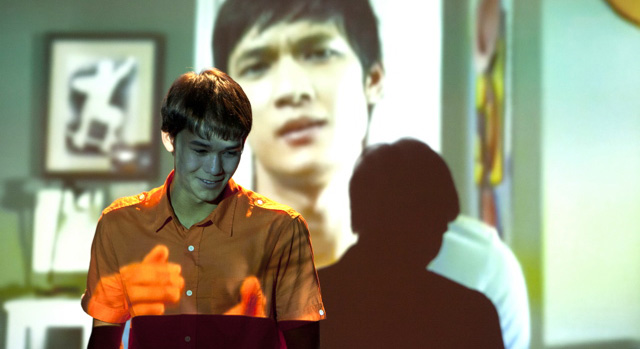 We are thrilled to kick off SFIAAFF 30 with none other than WHITE FROG, the highly-anticipated new film by celebrated director, Quentin Lee. Last summer, the online media sphere was spinning with the curious and enticing question, “Who is the White Frog?” Well, join us on opening night to find out!

A young boy with Asperger’s syndrome finds the strength he needs to survive after a family tragedy in this powerful new drama from the director of “The People I’ve Slept With” and “Flow.” Starring Joan Chen, B.D. Wong, Harry Shum Jr. (“Glee”), and Booboo Stewart (“The Twilight Saga”).

WHITE FROG boasts a spellbinding cast of some of the most influential and recognizable Asian American talent today, including *Booboo Stewart (you know, rock-hard abs from The Twilight Saga), *Harry Shum, Jr. (the Asian dance machine from Glee), Kelly Hu (the badass sorceress from Scorpion King), B.D. Wong (Law and Order: SVU), and *Joan Chen (The Last Emperor, Mao’s Last Dancer). This much-buzzed about film is written by the mother/daughter team, *Ellie Wen and Fabienne Wen and executive produced by Tony Award-winning playwright David Henry Hwang (M. Butterfly). *Expected to be in attendance!

Join us after WHITE FROG for a decadent soiree at the magnificent Asian Art Museum. Mix and mingle while exploring the museum’s dazzling exhibit “Maharaja: The Splendor of India’s Royal Courts.” Nosh on tasty treats and sip on signature cocktails and fine wines from our exceptional gala sponsors, such as, Serpentine and Haamonii.

Teresa Lee from PaperDoll
performing an acoustic set including
their single “Silent” which featured in “White Frog”. Photo: Jason Jaskot

Following the screening of White Frog, join us at the Opening Night Party at the Asian Art Museum and attend a private VIP reception with the stars!

Opening Night Gala is tonight, and everyone is wondering: What will you be wearing? Check out the good folks at Retrofit Republic style our models: Festival Director Masashi Niwano, Supervisor Jane Kim, Lisa Lee (ThickDumplingSkin.com) and Phil Yu aka the Angry Asian Man at the Asian Art Museum. Hair and Make-up by Step Heavvy, Music by Blackbird Blackbird, Dir. by John Liau. #GalaStyle WATCH: