I got a chance last year to talk with Professor Celine Parennas Shimizu in an interview about a range of topics, from her current research at Stanford to her most recent film, BIRTHRIGHT. 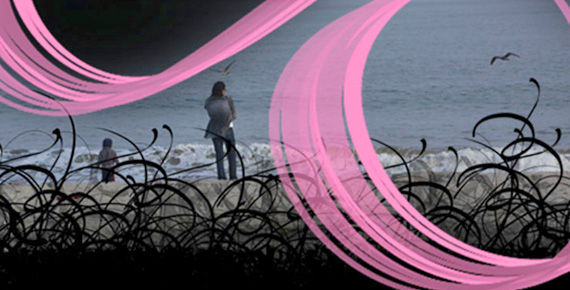 I got a chance last year to talk with Professor Celine Parennas Shimizu in an interview about a range of topics, from her current research at Stanford to her most recent film, BIRTHRIGHT: MOTHERING ACROSS DIFFERENCE. Celine was a lot of fun to talk to and offered a plethora of anecdotes about her studies and life as a mother. We started talking first about the publication that she is currently on sabbatical from teaching for the UC Santa Barbara Asian American Studies Department, spending time in spacious Stanford libraries to complete Straightjacket Sex Screens. In this work in progress, Celine explores the history of Asian male representation on film, starting with early Hollywood heavy-hitters James Shigeta and Sassue Hayakawa. She weaves in studies of Asian/American perception of Asian male actors in Hollywood and looks to understanding why their characters just never get the girl. Celine first started thinking about the idea while touring her first publication The Hypersexuality of Race: Performing Asian/American Women on Screen and Scene (2007). Audiences questioned Celine about also including in her sex and sexuality analysis of Asian/Americans a look not only at women, but also men. In continuing with the themes of my last video blog with Jeffrey Lei, director of DICK HO: ASIAN MALE PORNSTAR, I was glad to hear Celine’s interpretation and the results of her own research on the topic of the asexual Asian male character in terms of clarifying the history and definitions of asexuality and effeminacy.

From talking about her current work, we ventured into discussion about her documentary about mothering, BIRTHRIGHT. Celine wanted to explain the life-changing aspects of the universal mothering process that bridges socioeconomic and racial gaps. In her film, she uses steady extreme close-up shots of various mothers speaking about their entire experience, from birthing to support groups to raising their children. Celine herself is also featured in the documentary. In our interview, Celine mentioned the new awareness of different spaces as a mother, from baby-proofing to seeing who exactly played and cared for the babies. Throughout the process of making her film, she recalled also talking specifically to immigrant mothers, whom she happened upon in a café all ordering hot chocolate.

Overall, I had a great experience speaking with Celine. I felt engaged in the conversations and also intrigued by the facts, opinions and questions that she brought up. It was especially heartwarming to hear her experiences producing her film as an academic, filmmaker, and mother. Hope to hear more about her book STRAIGHTJACKET soon.

Tracy Wang is a Cal student who enjoys candle-lit dinners, walks on the beach, and interning for SFIAAFF. Contact her at twang [at] asianamericanmedia [dot] org.