The new episode of ON THE CLOCK, "Michella and Ellen Go Halfsies" is here! 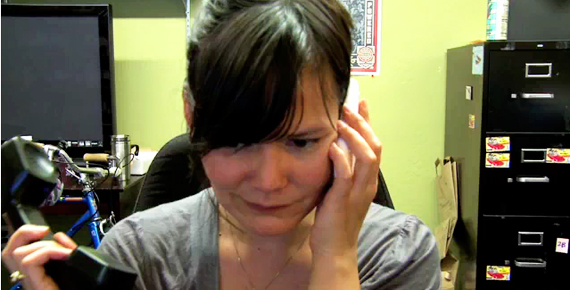 In this week’s episode of ON THE CLOCK, “Michella and Ellen Go Halfsies” at John’s Snack and Deli, a popular San Francisco spot for kimchi burritos and tacos. John’s Deli serves traditional Korean favorites, such as kimbap and ramen as well as delicious kimchi burritos.

ON THE CLOCK is bi-weekly web series from the Center for Asian American Media. Follow their random adventures, in and out of the office, as they get serious work done. Watch this episode and other videos on the CAAM Channel. You can also view more of our videos, including a short interview with with John the owner of John’s Snack and Deli, on the CAAM YouTube Channel.