SFIAAFF 2010 is a forget-me-not and a valentine, sure to awaken our hearts and minds to the deep currents that move us all. 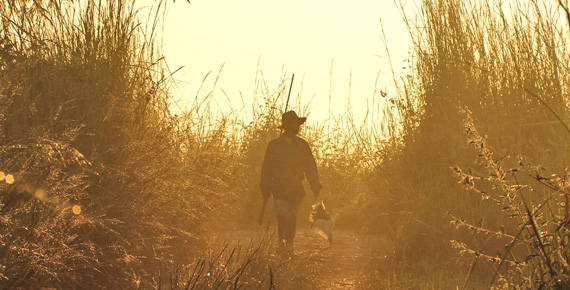 SFIAAFF 2010 is a forget-me-not and a valentine, sure to awaken our hearts and minds to the deep currents that move us all. Our world reminds us of our interdependence, from earthquakes to the forming of national policy. SFIAAFF always reminds me what’s most valuable in that interdependence: love, community, knowledge of past, present and self, the ability of art to communicate ideas…and last but certainly not least, the importance of having a good time with your favorite festival friends! This year, I’m looking forward to the Filipino focus, as well as new features from master documentarians Freida Mock and Deann Borshay Liem. Aasif Mandvi of The Daily Show is sure to bust our guts in the Opening Night film as well as in conversation on Saturday. And once again, the world is at our doorstep with an amazing international lineup.

Memory is a common theme of many of the films I’ve screened thus far in preparation for the festival. Sweet nostalgia and fond remembrance of bygone eras that seem monumental in retrospect tinge some of my favorite documentaries this year. These films find a way to our hearts and magnify our relationship to people, places and times. You can find the heart of San Francisco, City of Hearts, in the documentaries MANILATOWN IS IN THE HEART (Dir: Curtis Choy) and A MOMENT IN TIME (Dir: Ruby Yang). The first features Al Robles, legendary poet and activist, and the manongs of what used to be Manilatown. The second wistfully looks back at Chinatown movie theaters alongside snapshots of San Francisco history. They are both preceded by short documentaries that are in themselves worth the price of admission. Valerie Soe’s OAK PARK STORY tells us of the struggle of Cambodian and Latino tenants against their difficult landlord. It harks back to Curtis Choy’s FALL OF THE I-HOTEL but with a more positive outcome. Eric Lin’s MUSIC PALACE is nine minutes of pure heart, a psalm to a New York Chinatown theater that becomes an evocation of impermanence and loss. I was absolutely charmed by both of these short films; taken with their respective main features, they will leave you with a treasure of sweet memories yourself. Not to mention a new appreciation for oyster sauce as a relationship-compatibility indicator.

Continuing the Bay Area focus, >AOKI is a strident biography of the life of Richard Aoki, one of the founding members of the Black Panther party and an activist educator for most of his life. It’s moving that documentaries of Aoki and Robles highlight this year’s SFIAAFF, as both men passed away last year. I’m so sorry I never met either of them; their lives truly influenced mine and anyone else who has been interested in Asian American community, politics, culture and issues over the last forty years. I’m glad to have some memories now of their lives. Loni Ding also passed away recently; she had an indelible imprint on many filmmakers and was one of the founders of NAATA, precursor of CAAM. She will be sorely missed.

One of the students she taught at Cal was director Kit Hui, who returns to the festival with her debut feature FOG. Of Loni, Hui writes, “she was the pioneer in Asian Studies and cinema, she opened up my world so much even just during that one semester, she’s constantly in my mind and my work.” Loss, and loss of memory itself are full-fledged players in FOG. More on this film later; I will have an interview with Kit Hui posted next week. I really liked this film and would strongly recommend it. (To note, Eric Lin, Director of MUSIC PALACE, was cinematographer forFOG. Any more multiple hats out there?) Memories of the Nanjing massacre haunt two films this year, the narrative CITY OF LIFE AND DEATH, and the documentary LESSONS OF THE BLOOD. They are unforgettable, and remind us what we must guard against most.

Chi-hui Yang, Vicci Ho, and Christine Kwon listed their most memorable films at the festival press conference last month. In no particular order, they recommended the aforementioned CITY OF LIFE AND DEATH, the shorts program MEMORY VESSELS AND PHANTOM TRACES, MUNDANE HISTORY, AGRARIAN UTOPIA, HANA, DUL, SED… and ABOUT ELLY. But as usual, you can hardly go wrong with any festival pick – the screening committee has done an amazing job of bringing you the best films of the year.

I have my festival Odyssey planned and plotted! I look forward to seeing old friends and new, as we remember the past, renew our spirits, and just plain relax in the wide river of film that always carries us into the future.

Ravi Chandra is a psychiatrist and writer in San Francisco. He is happy to be included in the new, groundbreaking South Asian American poetry anthology, INDIVISIBLE, edited by Neelanjana Banerjee, Summi Kaipa and Pireeni Sundaralingam.