It’s three days and 20 films since I last wrote (11 shorts and 9 features). And indeed, because of the inclement weather, the main light I’ve been getting has been the reflection from the silver screen. 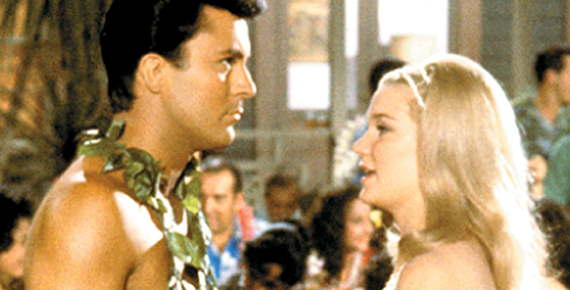 It’s three days and 20 films since I last wrote (11 shorts and 9 features). And indeed, because of the inclement weather, the main light I’ve been getting has been the reflection from the silver screen.

The weekend began with mirth and family farce in KARMA CALLING, the feature debut by sister and brother team Sarba and Sarthak Das. Their mother, Sulekha Das, was on hand (she played the cranky visiting aunt who finally saves the day). Sarba said this was a real family effort; for example, her father shoveled the driveway to make it look like spring. She joked she almost called it “Dasfunctional Family”. Mrs. Das said the dialogue was ripped straight from her life. Note to filmmakers: documentary next time. Dascumentary, that is. KARMA CALLING has two more screenings.

Next up was Ed Radtke’s third film in his DREAMCATCHER trilogy (SFIAAFF 2000): SPEED OF LIFE. It was a kind of street level LIVES OF OTHERS, taking shape around a treasure trove of video clips supposedly heisted by the teen protagonists. Sammer (Jeremy Allen White) longs for family, his father long gone, and brother in prison. His siblings are street kids, his foster mother a kind but blind woman. Radtke builds films within a film within life, and elicits outstanding performances from an incredible ensemble cast. White’s eyes won him the part, and won me over. Yes, they are baleful, haunting, sad, wistful – and unforgettable. Radtke talked about his own difficult life experiences that have led him to filmmaking and also to working with troubled youth in much the same way as Spencer Nakasoko. His openness about his life motivated me to ask a shrinky question – essentially, how has making the film altered his perspectives about his life experiences? This stumped him, and I promised that I would try not to ask any more shrinky questions. SPEED OF LIFE screens again tonight.

Saturday was a feast of diverse programming and styles. The Hollywood-esque EQUATION OF LOVE AND DEATHfrom China featured Zhou Xun emoting intensely – very fun to watch. Takahiko Iimura was on hand with a collection of his experimental shorts from the 60’s and 70’s. Some were video extensions of still photographs, and my favorite toyed with the difference between the image of the object and the object itself. I wonder if Kiyoshi Kurosawa and Takahiko Iimura conversed this weekend…

HEAVEN ON EARTH was “subtle, surreal, “depressing yet empowering”, inspiring”, and “disturbing and amazing” according to comments I got via Facebook and Face-to-Face (which still surprisingly happens). It was a special treat to introduce the film and a representative from the Canadian Consulate’s office, Nadia Scipio del Campo, who spoke of Canada’s growing South Asian population and Canada’s support of film. The organization for which I work, RAMS, inc (www.ramsinc.org) was a community presenter, and many of my coworkers were on hand for the film. They agreed that the film was very psychologically intriguing. Too bad Deepa Mehta wasn’t on hand to field a shrinky question or two – there were plenty of us on hand!

DIRTY HANDS was also interesting psychologically. A 10-year effort by director Harry Kim, this film is a portrait of the artist David Choe as a young and very unusual man. That he is talented and brilliant goes without saying. One person’s daring and unique is another person’s disturbed, though. The “love of his life” calls on him to “grow up”, but he comes across being happy with the way he is. I wanted to ask Harry Kim if being on camera ever pushed Choe to be even more outrageous; or if Choe has some philosophy about life, authority, or gender, that he is trying to work out in his life and art. Harry, you out there? It seems like Harry, being a friend, likes Choe too much to be very objective. The film is as much a tribute to their relationship as it is to Choe himself. The sold-out audience loved-loved-loved it! Especially the two lucky people who won original Choe prints. Always, always, stay for the Q and A, number 8183489.

Charlton Heston sprang Out of the Vaults on Sunday with DIAMOND HEAD, preceded by the excellent short about being Hapa, PARALLEL ADELE. Made in the early 60s, DIAMOND HEAD was kind of Hawaiian GUESS WHO’S COMING TO DINNER. I was captivated by the theatricality and staginess – did people really talk like this? – and intrigued by this portrayal of racial tension around the time that Barack Obama was born. PARALLEL ADELE’s director, Adele Pham took questions from a transplanted Southwest Airlines seat, and we snacked on airplane peanuts dropped from the heavens. This must be First Class! It was also great to see Stephen Gong with his son, Davis: Davis delivered a First Class intro as well!

It was good to see a non-musical Indian film. KANCHIVARAM didn’t disappoint. A period drama from prolific director Priyadarshan (this is his 75th film!), it portrayed poor silk-weavers in South India, ironically unable to ever afford the goods they manufacture. Sort of Karl Marx meets Kerala (actually Tamil Nadu). Priyadarshan has made mostly comedies in the last decade, I was told, and this is revealed in the movie’s final scene, as the protagonist pulls a piece of silk to cover a dead body. It’s too short, and he keeps adjusting it, first leaving feet exposed, and then head, and back and forth like a cartoon routine. He gives us a goofy grin, and we realize that all this fuss was over a silly piece of cloth, so much less valuable than the life it covers.

FRUIT FLY deserves its own blog posts. Cast, crew and friends took up half the theater for this sold-out, homegrown, toe-tapping musical from H.P. Mendoza and CAAM. L.A. Renigan carried the show, along with a great cast which included so many familiar faces, making it especially fun. There’s nothing like seeing your friends light up the screen, vamp, dance and sing (and knowing they’re working hard behind the scenes too). It sounds like they had a blast shooting the film (in under three weeks last year). The film had its genesis as H.P. and L.A. traveled with COLMA: THE MUSICAL. Apparently, in the gay film festivals, gay men would call L.A. “Fierce – like Margaret Cho”, for no other reason other than being Asian. H.P. explained that Margaret made “Fag Hag” famous…and began writing songs like “We are the hag”. The rest is now…history! The real SF plays a real role in this film; there’s a great scene where we watch all the lights go out on Telegraph Hill. HP says this scene was important because, unlike New York, SF is “a city that sleeps.” H.P. says he’s already working on his next project, a musical about Prop. 8.

I nearly got stadium seat whiplash going from FRUIT FLY to Jia Zhangke’s 24 CITY, which would probably win the Incredibly Slow Film award this year. There was a musical number, and Joan Chen was a familiar face…but it was a distinctly different pace than FRUIT FLY. Joan Chen even made a surprise appearance before the show. I did really like the cinematography. The vastness of a factory and its destruction, in parallel circuit with lives of factory workers spoke of displacement, loss, and decay. As the factory is pulled apart, people’s lives seem to tumble out of the crevices.

Overall, it was this weekend reflected the extraordinary possibilities of film as a medium, to explain, explore, document, unravel, deconstruct, etc. Getting a chance to hear directly from the artists involved is always wonderful. I am still thinking about Ed Radtke’s film, and his words after the screening, which would likely be echoed by all the filmmakers. He said you really have to “love the process” of making a film. When I hear of people who work years on their finished product which I consume in two hours or less, I’d like to think that they enjoyed crafting their work immensely over those countless hours. The SFIAAFF is a tribute to these artists and artisans. Deep bow, indeed.