So I need to apologize again for the long absence between blog posts here… As you might imagine, things have been incredibly busy as we get to the very end of the film. Right now, we are consumed with three major tasks: finishing the edit, crafting the animation, and choosing a composer. 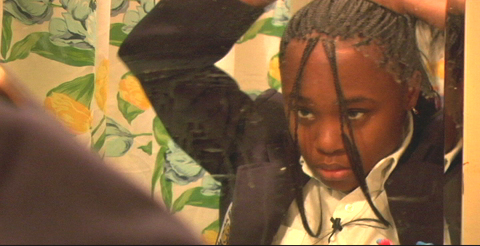 So I need to apologize again for the long absence between blog posts here… As you might imagine, things have been incredibly busy as we get to the very end of the film. Right now, we are consumed with three major tasks:

1) Finishing the edit – the latest cut of the film is just under 2 hours long, and we are really happy with the way it has all come together. Looking back at the first version of our cut (often called an “assembly”), so much has changed. Sure, our main characters are still the centerpiece of the film, but the ways in which they interact and the emotions they experience are so much more complicated and nuanced than what we initially conceived. I’d estimate that we have another month to go before we are absolutely finished with the editing portion. A lot of that hinges, however, on how quickly we are able to complete the animated sequences of our documentary.

2) Crafting the animation – both our main characters have very important histories, which we’ve decided to reveal midway through the film. For Principal Tom, the audience needs to know the incredible personal transformation he went through just to be involved with public education. For ninth-grade student Sharifea Baskerville, the audience needs to understand the incredible hardships she has endured, even as a young child. But instead of having simple “talking-head” interviews with both of them – boring! – I think it will be very effective to use hand-drawn animation to make their past lives feel more immediate. The only problem with animation is that it takes a LONG time, and we won’t be finished with it until mid-October 2008. Still, the process is going well, and we’re working with an extremely talented artist (formerly with Disney) who is bringing a very fresh style.

3) Choosing a composer – this is a decision that we’ve been delaying for many months. Music is such a vital part to our film, but it’s so hard to know who the right composer is for the job. You can listen to hundreds of different tracks, but the problem is that each one of those tracks was made for a different film from ours. So you almost have to choose blindly, and base your decision off of musicality (i.e. can this person deliver an original score that hits every emotional high and low) and personality (i.e. do we like working with him/her)? Right now, we’ve narrowed down our list to two composers…

The big news is that we are on our way to Park City for a really important meeting with big-time producers and other key industry folks who are interested in WHATEVER IT TAKES. In my next blog entry, I hope to have some good (or at least very interesting) news to report.