Kevin Truong’s documentary Mai American is the winner of CAAM’s 2022 Virtual Ready, Set, Pitch! Event, which took place on October 27. This annual event gives CAAM Fellows a chance to pitch their works in progress to win $10,000 in funding supported by the John D. and Catherine T. MacArthur Foundation for their films.

In preparation for the event, the Fellows worked with their Mentors: Su Kim, Marjan Safinia, and Hao Wu as well as uber mentor Jean Tsien. They also worked with Pitch coach Anuradha Rana, a CAAM40 Storyteller, a 2019 CAAM Fellow and former Creative Lead for the Diverse Voices in Doc Fellowship organized by Kartemquin Films and Community Film Workshop of Chicago.

“Kevin’s deeply personal, yet fiercely determined to encapsulate many histories within carefully constructed frames allow us to peer into complexity of relationships as well as the forces that shape our interaction with society,” says Jon-Sesrie Goff, Program Officer, Creativity and Free Expression, Ford Foundation.

“Pallavi, Kevin, and Norbert brought forward strong visions for re-contextualizing the past while eschewing cynicism or sensationalism,” says Jannette Napoli, Manager of Content and Initiatives, ITVS. “Whether it is through pickled condiments, street renaming, or the meeting of minds between mother and son; each filmmaker lured us into their pitches with specificity and dynamic visual storytelling.” 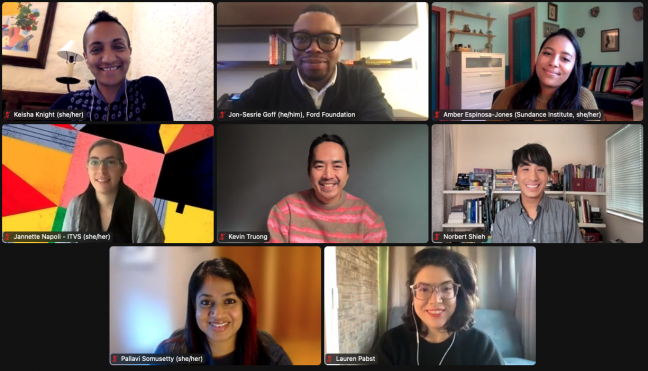 Over 50 people, including CAAM Board and staff, filmmakers, representatives from film organizations, individual donors and friends, joined in over Zoom. After CAAM Director of Programs Don Young welcomed participants, Lauren Pabst, Senior Program Officer at the John D. and Catherine T. MacArthur Foundation delivered the opening address. She acknowledged the immense obstacles independent filmmakers face to complete their films. “These documentaries are created, often it seems like against all odds,” she said.

She went on to speak to the responsibility an organization like the MacArthur Foundation has when working in the field, “Filmmakers feel that they are going out on a limb and it is incumbent on those of us that represent powerful institutions to hear and value their perspectives and work to build structures that won’t let them fall.”

This was Truong’s first time pitching his project to a panel of funders, and he didn’t take the opportunity lightly. “It’s not everyday you get to pitch a film in front of the Sundance Institute, Ford Foundation, ITVS and IDA! I’m not going to lie, I was extremely nervous going into that pitch and practiced it for about two weeks every time I was in the car. I even gave my pitch to a random stranger at my gym,” he admits. But at the end, he says, “I walked away from that pitch with an incredible sense of community, and I can’t wait for the stories we’re all sharing to be out in the world.” 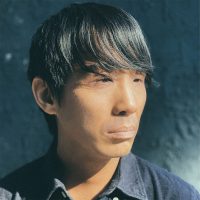 Norbert Shieh is a Los Angeles based Taiwanese American filmmaker, visual artist, and director of photography whose work explores the subtleties of the everyday.

Project: Preserves
Preserves takes place in the rural region of Yunlin County, Taiwan and follows individuals who keep the agricultural traditions of an ingredient, suan cai (a pickled mustard green) alive. This lyrical meditation on food, the aging labor force, and farming evolves into a further exploration of globalization and the preservation of identities. 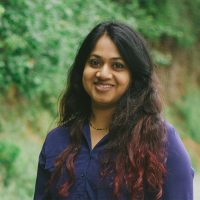 Pallavi Somusetty (she/her/hers) is an Oakland-based documentary filmmaker who creates video portraits that center BIPOC voices in the hope that we feel fully seen in the complexities of our identities and journeys, and that meaningful impact can result.

Project: Welcome Home Jhaiji
Berkeley-based historian and artist Barnali, along with a group of committed activists, find themselves spearheading a grassroots campaign to rename a street after a South Asian woman who experienced racial discrimination over a hundred years ago. In the process, they transform the way they feel about themselves and how they belong, and spark a nationwide movement. 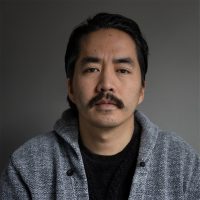 Kevin Truong is a documentary filmmaker, photographer and journalist. He has received fellowships from both the Center for Asian American Media and BAVC Media, is a grantee of the Sundance Institute Documentary Film Program and a proud member of A-Doc.
Project: Mai American
A 70-year-old Vietnamese American refugee living in Oregon writes down her personal history, indelibly shaped by the War in Vietnam. As she shares her story with her filmmaker son, they begin separate but parallel journeys navigating the space between healing and confronting the traumas of their past.

“Mai American unearths intertwined strands of trauma, love, and loss with humor and an undeniable tenderness. The project moves between the micro-environment of the home and the history of the American War in Vietnam with an ease that makes the project extremely engaging.” —Keisha Knight, Director of Funds, IDA

“Mai American was beautifully presented with humor, tenderness, and a visual treatment that spoke to Kevin’s voice as a filmmaker. It spoke to the ten years Kevin has been carefully considering how to tell an intimate and visceral story.” –Jannette Napoli, Manager of Content and Initiatives, ITVS

“Kevin’s point of view as a director is vulnerable, unapologetically queer, and texturally rich. So many people will be able to relate to the tough journey of reconnection and understanding what makes our parents the way they are.” –Amber Espinosa-Jones, Senior Manager of Artist & Audience Impact, Sundance Institute 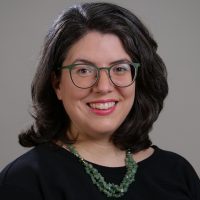 Lauren works on grantmaking in support of Nonfiction Multimedia Storytelling and Professional Nonprofit Reporting. Prior to joining the Foundation in 2012, Lauren worked as Project Manager and Researcher for the Rada Film Group on the 13-year longitudinal documentary American Promise about race, parenting, and education, which received a Special Jury Prize at the 2013 Sundance Film Festival and was broadcast on the PBS series POV in 2014. Previously, Lauren worked with Black Public Media, and Public Policy Productions. Lauren graduated Magna Cum Laude with a Bachelors of Arts in English from Boston University. From 2013-2015, Lauren served on the board of Latinos Progresando, the largest Latino-led, low-cost, family based legal immigration services provider in Illinois. She is a member of the steering committee of Nuestro Futuro, an initiative of the Chicago Community Trust. 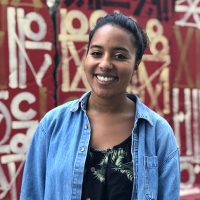 Amber Espinosa-Jones is a creative producer and racial equity facilitator from Oakland, CA. She is a 2021-2022 Documentary New Leader and currently producing the feature film STANDING ABOVE THE CLOUDS following Native Hawaiian mother-daughter activists executive produced by Multitude Films. Amber also serves as Senior Manager of Artist and Audience Impact at Sundance Institute where she oversees strategy, granting, and community partnerships for artists and audiences of color. With a diverse arts background in theatre and film, Amber is a graduate of the University of Southern California’s Dramatic Arts and Media Arts + Practice programs with an interest in art for social change and collaborative community building. 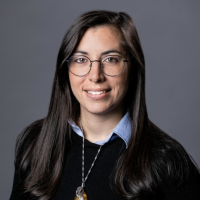 Jannette is a San Francisco-based film professional with experience in development, production, and exhibition. As Manager of Content and Initiatives at ITVS Jannette oversees a development portfolio while working across various funding initiatives. Prior to joining ITVS she was the Executive Assistant at the Telluride Film Festival. Jannette produced the feature documentary Bleeding Audio by director Chelsea Christer (Cinequest ’20, Slamdance ’21). Her writing has been published by Cleo Journal and featured among IDA’s Essential Doc Reads of the Week. Raised in the US and Mexico, Jannette brings her mixed roots to all aspects of her work. 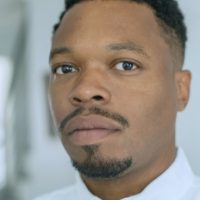 Jon-Sesrie Goff is part of the Creativity and Free Expression team and makes grants globally in documentary film, new media, and visual storytelling for the foundation’s JustFilms program.

As an accomplished multidisciplinary artist, curator, and arts administrator, he brings a wide range of experience to Ford after serving as executive director of the Flaherty Film Seminar and creating the inaugural film program at the Smithsonian’s National Museum of African American History & Culture. His body of work includes extensive institutional, community, and family archival research, visual documentation, and oral history interviews in the coastal South on the legacy of Black land ownership and Gullah Geechee heritage preservation. Jon engages with his work from the paradigm of a social change instigator.  He studied sociology, economics, and theater at Morehouse College, completed his BA at The New School, along with an MFA from Duke University in experimental and documentary arts. Jon’s work as an educator includes Duke University, Villanova University, and West Chester University of Pennsylvania, and his grantmaking and jury panel work span the National Endowment for the Arts, Tribeca Film Institute, the International Documentary Association, International Film Festival Rotterdam, Blackstar Film Festival, Oberhausen Seminar, and CinemAfrica Film Festival among others. 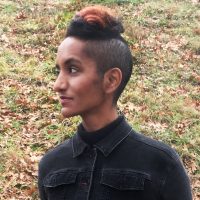 Keisha Knight is the Director of Funds at the International Documentary Association. In this capacity Keisha oversees a portfolio of IDA’s granting programs including IDA Enterprise Documentary Fund,  Logan Elevate, Nonfiction Access Initiative, and the Pare Lorentz Documentary Fund among other granting programs. Keisha is an arts administrator, distributor, programmer, and educator with an inalienable commitment to the moving image and its associates. Keisha uses her work across the fields of film, art, and education to support robust media ecosystems. Keisha holds a BA in Comparative Religion from Barnard College, an MA in Media Studies from Pratt Institute, and is completing a PhD in Film and Visual Studies at Harvard University. As an educator Keisha has taught in classrooms from Palembang, Indonesia to Bennington, Vermont. She has served on numerous grant review panels, film festival juries, screening committees, and was a programmer for the New York African Film Festival and the Maryland Film Festival. Through her distribution work at Sentient.Art.Film, Keisha has had the honor of working very closely with established and emerging filmmakers, moving image artists, and industry professionals from around the world.