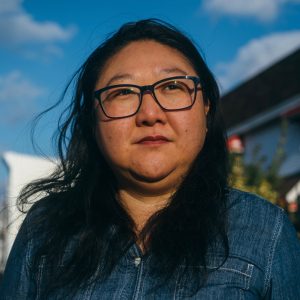 Su Kim is an Academy Award nominated and  Emmy® and two-time Peabody Award-winning producer in New York. She is entrepreneurial, creative and committed to crafting compelling stories and supporting independent filmmakers. Her films in release include the OSCAR® and Primetime Emmy®-nominated HALE COUNTY THIS MORNING, THIS EVENING, MIDNIGHT TRAVELER and BITTERBRUSH . As a producer, she was awarded the 2015 Women at Sundance fellowship, CPB/PBS Producers Workshop Fellowship as well as funding from ITVS, the Sundance Documentary fund, NYSCA, the Tribeca Film Institute and California Humanities. She is currently producing ONE BULLET (director Carol Dysinger), SANSÓN & ME (director Rodrigo Reyes), FREE CHOL SOO LEE ( directors Eugene Yi and Julie Ha)and SARAH(director TracyDrozTragos). Su Kim was the New York producer for LEARNING TO SKATEBOARD IN A WAR ZONE (IF YOU’RE A GIRL) which won the OSCAR® and BAFTA. 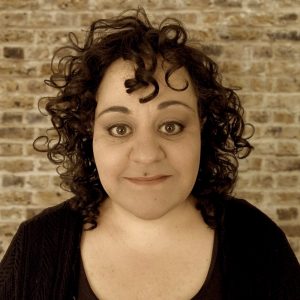 Marjan Safinia is an Iranian documentary filmmaker whose films examine identity, community, and social justice. Most recently, with Grace Lee, she produced and directed AND SHE COULD BE NEXT, a two-part documentary series about women of color transforming American politics, which debuted as POV’s first series in June 2020 and was nominated for an NAACP Image Award for Best Documentary. Her work has been supported by IDA Enterprise Fund, Ford Foundation, MacArthur Foundation, Sundance Institute, Doc Society, and she is a Sundance Catalyst Fellow. Until 2018, Marjan was the longest-serving President of the Board of Directors of the International Documentary Association (and the first woman of color to lead IDA since its founding in 1982.) She is on the Board of Chicken & Egg Pictures, a member of the Academy of Motion Picture Arts & Sciences Documentary Branch, a co-host of The D-Word, and a founding member of Beyond Inclusion.

Hao Wu’s documentary films have received funding support from The Ford Foundation JustFilms, ITVS, Sundance Institute, Tribeca Film Institute and NYSCA, and distributed through Netflix, Amazon Prime, Paramount Plus, PBS and BBC, among others. His feature documentary, PEOPLE’S REPUBLIC OF DESIRE, about China’s live-streaming phenomenon, won the Grand Jury Award at the 2018 SXSW. Wu followed that film with ALL IN MY FAMILY, a Netflix Original Documentary that launched globally in 2019. 76 DAYS, Wu’s latest work and the first feature documentary on the COVID-19 pandemic to play at a film festival, world premiered at Toronto International Film Festival in September 2020. Distributed by MTV Documentary Films, it was named a Critic’s Pick by The New York Times, shortlisted for the Academy Award for Best Documentary Feature, nominated for the Gotham Awards, and won a Peabody Award and a Primetime Emmy Award for Exceptional Merit in Documentary Filmmaking.