In line with CAAM’s vision to amplify independent Asian American storytelling in all of its forms, we’re introducing a brand new ongoing series here on CAAM’s blog: Short Takes.

Each month, Short Takes will highlight a handful of creative works that are sparking conversations and capturing the attention of young Asian Americans across the country. These works can range from films, TV shows, books, music, podcasts, etc. We hope you stay tuned to catch up on some of the latest in Asian American media every month.

It’s been an exciting start to 2022 with several Asian American-led projects that have caught our attention throughout the month of January. To kick off our very first Short Takes, here are a few creative works that you should have on your radar.

The American comedy-drama film Definition Please made its streaming debut on Netflix this month and let me assure you, this is a story you don’t want to miss. Definition Please even has history with CAAM, as it was previously a CAAM Centerpiece film in 2020 and also received the 2020 CAAMFest “Narrative Award.” Click here to watch CAAM’s Q&A with Sujata Day and several cast members from the film.

Written, directed and produced by Sujata Day, Definition Please tells the powerful story of a young woman named Monica Chowdry (played by Day herself). A former national spelling bee champion, Monica finds herself at a crossroads in her adulthood. She’s still residing at home to take care of her sick mother while living in the shadow of her childhood stardom as she tutors bright-eyed spelling bee contestants. However, Monica’s world is rocked when her estranged brother, Sonny, returns home and tensions amongst the family rise.

Day’s feature directorial debut, Definition Please is deeply nuanced and touches on poignant themes including mental health, grief and family. I resonated with Monica’s struggle trying to find herself in adulthood and everything that comes with that transitional stage in life. Day crafted characters that come to life on screen – they were people I could relate to and even see myself in. As it turns out, this is one of Day’s main hopes for viewers who watch Definition Please. In previous interviews, Day has said she hopes the film helps normalize South Asian American stories – narratives that often go unheard or fall victim to harmful stereotypes.

From a Whisper to a Rallying Cry: The Killing of Vincent Chin and the Trial that Galvanized the Asian American Movement, by Paula Yoo 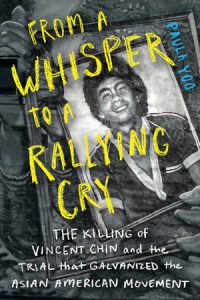 This week, From a Whisper to a Rallying Cry: The Killing of Vincent Chin and the Trial that Galvanized the Asian American Movement was named a finalist for the YALSA Award for Excellence in Nonfiction. The award, which ultimately went to Ambushed!: The Assassination Plot Against President Garfield, honors the best nonfiction book published for young adults (ages 12-18) for the year.

Written by Korean American author Paula Yoo, From a Whisper to a Rallying Cry is a thorough examination of the killing of a Chinese American man named Vincent Chin, who was beaten to death at the hands of two white men in 1982. Though both men pled guilty to charges of manslaughter, they received only a $3,000 fine and three years’ probation, sparking national outrage that would lead to the first federal civil rights trial that involved a crime against an Asian American. Yoo draws on her extensive background as a journalist to pull together research from court transcripts, contemporary news accounts and interviews with key figures. The result is a powerful and suspenseful illustration of this monumental event in Asian American and civil rights history.

Following the rise of anti-Asian hate crimes amidst the ongoing COVID-19 pandemic, there is perhaps no better time to pick up From a Whisper to a Rallying Cry and educate yourself on the killing of Vincent Chin and the historic civil rights trial that followed. Since the book’s publication in April 2021, the book has been showered with critical acclaim and accolades like “Winner of the 2021 Boston Globe Horn Book Award for Nonfiction,” “An NPR Best Book of 2021” and “A Washington Post Best Children’s Book of 2021,” to name just a few. 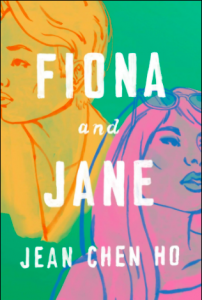 Another book to add to your reading list is Jean Chen Ho’s debut collection, Fiona and Jane. The book explores the multifaceted and complex relationship of the Taiwanese American best friend duo Fiona and Jane – from their budding childhood friendship all the way through the trials and tribulations of their respective adulthoods. Fiona and Jane paints a very real depiction of female friendship through the years, illustrating vibrant characters that must forge their own paths while continuing to find their way back to each other.

NPR sums up the book beautifully in its review when it says, “While Fiona and Jane sometimes feels quiet, it is never muted, and it’s precisely the fact that the women’s trials and tribulations feel refreshingly life-sized that makes the book ring so beautifully, sometimes terribly, true.”

Lastly, we want to highlight one popular, growing YouTube channel that has caught our attention. Founded in 2010 by Asian American founder Jason Y. Lee, Jubilee was founded on an idealistic and grand vision: to create a movement of empathy for human good.

Jubilee has found tremendous success on YouTube in recent years, boasting almost 7 million subscribers at the time of this blog post. Scrolling through Jubilee’s channel, you’ll find a wide variety of content from their “Odd Man Out” series (a show that explores group-think and the ways in which individuals judge one another) to their “Spectrum” series (which showcases the complexities/varieties within a single “group” of people). Throughout the years, Jubilee has also explored a number of topics related to Asians Americans and Asian American culture. Some of these videos include: “Are We Allies? Black Americans vs Asian Americans,” “Do All Asian Americans Think the Same? | Spectrum” and “Asian Americans Read Secrets About the AAPI Experience,” among others.

I often find myself in an endless cycle of watching Jubilee videos because they are just that intriguing and fun to watch. The content is well-edited, easily digestible and keeps you hooked from start to finish. However, what compels me most about Jubilee is the extra layer of depth and authenticity their videos often exude. These videos don’t just entertain; they actively invite viewers to reflect on their own biases and engage in dialogue to better understand themselves and those around them.

What have you been watching in the New Year? Share on social media and tag #CAAMShortTakes. Otherwise, stay tuned for our February Short Takes!