From musicians Micah Huang (The Flower Pistils) and Hao Huang (Professor of Music, Scripps College) comes Blood on Gold Mountain, a new multi-episode storytelling podcast commemorating the 150-year old historical event of the Chinese Massacre in Los Angeles, one of the largest race lynchings in the United States.

In the mid 1800s, a confluence of events led to an unprecedented number of Chinese people immigrating to the U.S.. Enduring the Taiping Revolution, the subsequent instability of the Qing Dynasty, and ongoing afflictions brought on by the Opium Wars—many Chinese civilians viewed the widening accessibility of transpacific travel by steamship (made possible by the California Gold Rush) as an opportunity to establish new lives abroad.

Among those leaving China was Yut-Ho, the young female protagonist through which this podcast’s story is told. Though much of Yut-Ho’s personal history is unknown, her life plays a pivotal role in the events leading up to the Chinese Massacre of 1871—a devastating event that culminated in the death of 19 Chinese immigrants at the hands of an angry mob composed of hundreds of mostly White individuals. Drawing upon the lives of real historical figures, series writer and Artistic Director, Micah Huang, reconstructs a fascinating portrait of Chinese American experiences in the American West. The story not only details the singularities of Yut-Ho’s life but also offers a stunning retelling of the conditions of persecution, risk, and community that were common to many Chinese immigrants of this time.

Blood on Gold Mountain resuscitates a long-hidden chapter of American history, illuminating striking parallels between past and present forms of anti-Asian violence. CAAM sits down with Micah Huang to discuss the podcast and the importance of Asian American storytelling today. 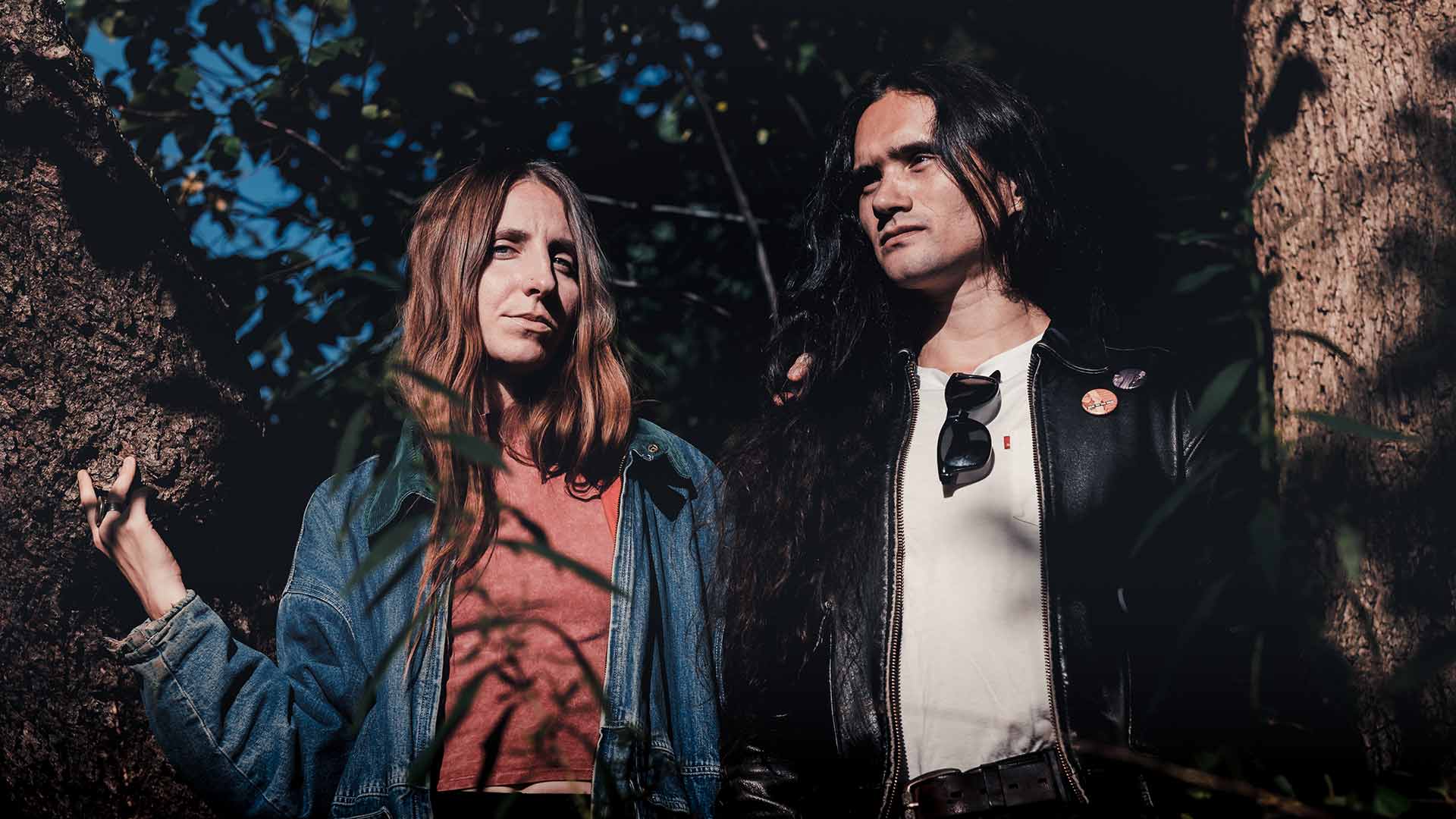 CAAM: How did this project originate and what brought you to exploring this historical period?

MICAH HUANG: My dad, Hao Huang, has been the force behind getting this project going. In 2019 he was inspired by walking around L.A. Chinatown. He always described it as feeling a little bit artificial. Because of that he looked into the history and discovered that the Massacre of 1871 had taken place there. The original Chinatown was burned down at that time and the majority of what was left was later razed for the construction of Union Station in L.A.. He was really captivated by that lost history. Additionally, he was inspired by the kind of historical reclamation projects that were going on at that time with the Black Lives Matter movement and he was really like, well you know, it’s a powerful thing to reclaim history and to tell it from the perspective of people who have been marginalized by mainstream narratives of history. So he approached me and Emma [Gies] about doing a project that was [made up of] live events commemorating the Chinatown Massacre. We were going to do three events—one in 2019, 2020, and 2021 on the anniversary of the massacre. We got one of them done in 2019 and then COVID-19 struck so we had to reevaluate and go digital. So that’s how we started working on the podcast.

CAAM: The podcast is centered around two main characters, Yut-Ho and Ah-Choy, a brother and sister who leave China for California. The characters in the podcast are based on historical figures. What was your approach to researching the lives of these people? Were there limits to what you could find on these individuals in historical archives?

MH: My sources ranged from newspapers from that time. In particular, the Los Angeles Star was a newspaper that covered the affairs of the gang conflict that preceded the Chinatown Massacre. Yut-Ho figured big in that coverage. I also did some research with secondary sources about what brought women to California from China and what kind of conditions they would encounter when they were there. What I discovered was that while the nativist Anglo-American sect generally tended to exoticize and misrepresent Chinese women in very racist and sexist ways, calling them prostitutes, the reality was that more than half of the women who were in California were married to men in the Chinese community and worked in basically the same types of jobs as the men.

As far as Ah-Choy, he is kind of a classic case. I read a number of personal statements that were either recorded by newspapers or anthropological researchers about how men would bounce around between different professions. They would mine for a while, sometimes they would work on the railroad doing other kinds of manual labor. But then Ah-Choy, like other strong and in certain ways unscrupulous men, would end up in the business of protection rackets—the business of internal politics within Chinese enclaves where it was a bit lawless. Both of their situations are a combination of stuff that’s drawn from whatever primary sources I was able to gather about the lives of the historical figures, but also, a pretty extensive amount of background research about general conditions for people in that situation.

CAAM: How do you use the genre of historical fiction to fill in archival gaps or speculate about the real life experiences of people who have been otherwise undocumented or erased from historical archives? Specifically, I was struck by the way Yut-Ho and Ah-Chin refuse de-humanizing conditions that were commonplace for many Chinese immigrants. Why was it important for you to write into these characters a spirit of refusal and a drive towards an alternative means of making life in the US?

MH: The spirit of resiliency in the face of hardship is something I learn from my Chinese family. For instance, Ah-Choy’s response to extreme aggression and oppression when he’s mining is something that draws on the experiences of many male members of my family. Whether it is my dad facing the Ku Klux Klan when he was young and responding by pushing back or whether it was myself responding to micro and macro aggressions in Southern California growing up, there is a lot of defiance. While American society might expect us to be pushovers or to not make waves because of the stereotypes they have about Chinese people, we are really committed to resisting violence and resisting people’s attempts to dominate and exploit us. In terms of Yut-Ho in episode one, you know, she has a very no nonsense attitude. She’s not willing to indulge anyone’s ideas about what she should or shouldn’t do, say, or think. That’s very much drawn from my grandma and my aunties. I think in many ways, I feel like I’m binding together two things: telling the history as it exists in books and telling the past, the culture, and the human experience as I know it personally from knowing people. Especially people who like my grandparents were born either under British colonialism or under Qing Dynasty rule which separates them by not too much time from the characters in the story. I really think that it’s important for me to give a huge shout out to my nainai, my dad’s mom. She’s told me so much about the experience of being a refugee during the second World War. Her strength and matter of fact approach are things that I feel so privileged and lucky to be able to explore.

MH: Part of it is the power of the spoken word and the power of storytelling. Oral storytelling is such a deeply and powerfully human act. And I think it’s great for me to have my dad be the voice of this because the voice of an elder really brings a sense of tradition to the story. The voice carries emotion and experience. The rhythm of the voice and the way the voice takes you in and merges with your consciousness—it becomes more than words, it becomes an energy that enters into you as a listener. I love that. Also one of the things for the podcast that I really wanted to take full advantage of was the opportunity to do an underscore that’s of a cinematic style. I have always loved movie music like John Williams for instance, you know, the guy who scored Star Wars and Indiana Jones and all those kind of American movies. He is one of my heroes as a musician and as a composer. So I really jumped at the chance to be able to not only have the story be told verbally but to give it a musical reinforcement that has ambience. I just am so grateful to the podcast medium for giving us that opportunity.

CAAM: Sound and music is an essential part of how Blood on Gold Mountain is told. For people who are not familiar, could you tell us about your background as a musician and musicologist and how it informs the score?

MH: My whole nuclear family are musicians by trade. Historically, we’ve all been involved with live music and teaching but I’m kind of the first one to get heavily into recording and music production. So that’s been really interesting to take our experience as players and be like, okay, how do we take a player’s perspective to the production process? That has meant a lot of focusing on instruments, using as much physical real world tools as we can even though this is a very software intensive work. In the years preceding I have had the opportunity to work with a world class guzheng player. She’s moved away to London recently but she actually left a guzheng with us in our home studio. So it’s been about combining, for me, the Spaghetti Western kind of 1960s American instrumentation of electric guitars and certain kinds of percussion along with a little bit of traditional Chinese instrumentation like the guzheng. Something that I found is that Chinese music, especially old Chinese music from the Tang Dynasty and Western music in the American pop culture iteration have so much in common. It’s almost a match made in heaven. I have had so much fun combining them.

CAAM: The podcast explores a time in history that is so much in dialogue with the violence we see towards Asian Americans today. How do you draw historical parallels between our present moment and the Chinese Massacre of 1871? What do you hope people will take away from listening to Blood on Gold Mountain?

MH: I absolutely see huge historical parallels between our current situation and the time at which this podcast is set. At that time there was a huge wave of xenophobia and fear of immigration directed towards Asia. There was an economic crisis after the Civil War and there was a lot of rhetoric about the Chinese coming over and stealing American jobs. Also, there was rhetoric from demagogue-type figures, such as Leland Stanford, calling the Chinese an inferior race and saying that they were a moral and physical threat to White dominance in the West. The L.A. Chinatown massacre and the burning of Chinatown was one event out of a string of other incidents of mass violence around that time—all of which preceded the Chinese Exclusion Act of 1882.

The thing I am really hoping by putting out this podcast is an opportunity for people—no matter who they are, no matter where they come from, and no matter where their ancestors came from—to connect to this story and to these Chinese American characters so that they can see something they can identify within the Chinese American experience. I really think that shared humanity, that sense of being the same or one with someone despite different cultural origins, is one of our brightest hopes moving forward in trying to create an environment where Asian Americans and Chinese Americans can thrive and feel safe in the United States.

New episodes of Blood on Gold Mountain drop every other Wednesday. The podcast is available for listening on their website as well as a number of streaming services. The show final episode will be released on June 16, 2021.