Author, activist and journalist Helen Zia is developing a limited TV series on the landmark civil rights case about the 1982 murder of Chinese American Vincent Chin in Detroit, when the US was in the midst of a severe national recession following the collapse of the auto industry.

An award-winning author and journalist, Zia has long been urged to write the as-yet untold history behind the terrible hate crime and community efforts to right egregious wrongs.

The baseball bat bludgeoning of Chin occurred when unfounded, rampant hate blamed Japan, and anyone who looked Japanese, for the collapse of the US auto industry. Vincent Chin, who was celebrating his upcoming wedding at a Detroit strip club, was racially targeted, stalked and beaten to death after his killer was heard to say, “It’s because of you motherf–s that we’re out of work.”

The brutal killing was witnessed by dozens of people and baseball fans on their way home from a Detroit Tigers game, but the killers were only sentenced to probation and minimal fines, by a white judge who declared, “These are not the kind of men you send to jail.”

The tragedy and lenient sentences sparked widespread outrage and thrust the largely invisible and disconnected Asian American communities into the limelight and the nation’s raging debates on race. Detroit’s Asian Americans (in those days commonly referred to as “orientals”) banded together and, with support from Black, white, Jewish, Arab and other communities, galvanized a national civil rights movement that lives on today as an awakening for Asian Americans struggling to find their place in an America that once saw race only in black and white.

In 1982, Zia was a former autoworker-turned-journalist who became a national organizer and spokesperson for the Justice for Vincent Chin campaign that received national and international attention.

Before Lily Chin, Vincent Chin’s mother, passed away in 2002, she appointed Zia to serve as executor of the Chin estate. “In this year of pandemic that has spotlighted the deadly toll of racism and inequality, this is a story that begs to be told with the gritty detail of those who lived it — about Americans of different races and backgrounds coming together to fight for justice and against hate, on behalf of a young man named Vincent Chin,” says Helen Zia.

Helen Zia is an award-winning author, journalist, Fulbright Scholar, and former Executive Editor of Ms. Magazine. The daughter of Chinese immigrants, she has been outspoken on issues ranging from civil rights and peace to women’s rights and countering hate violence and homophobia. Her book Asian American Dreams: The Emergence of an American People, chronicles the contemporary civil rights struggles of Asian American, including the landmark civil rights case of anti-Asian violence against the killers of Vincent Chin. Her leadership in that campaign for justice has been documented in the Oscar-nominated film, Who Killed Vincent Chin?; the Bill Moyers series Becoming American: The Chinese Experience; and most recently in the acclaimed 2020 PBS series Asian Americans. Her most recent book, Last Boat out of Shanghai: The Epic Story of the Chinese who Fled Mao’s Revolution, was an NPR Best Book of 2019 and a finalist for PEN America’s national award for biography. Zia coauthored a complaint to the Commission on Civil Rights on discriminatory portrayals of Asian Americans; and in 2010 she was testified for marriage equality in the landmark case decided by the US Supreme Court. She holds an honorary doctorate from the University of San Francisco and an honorary Doctor of Laws from the City University of New York Law School. She quit medical school after completing two years, then worked as a construction laborer, an autoworker, and a community organizer, after which she discovered her life’s work as a writer. 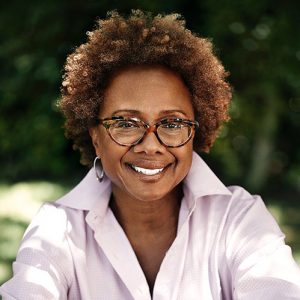 Paula Williams Madison is Chairman and CEO of Madison Media Management LLC. In 2011, Madison retired from NBCUniversal, where she had been Executive Vice President of Diversity as well as a Vice President of the General Electric Company (GE), then the parent company of NBCU. During her 22 years with NBCU, she held a number of successful leadership roles, including President and General Manager of NBC4 Los Angeles, Los Angeles Regional General Manager for NBCU’s Telemundo TV stations and Vice President and News Director of NBC4 New York.

Madison, named one of the “75 Most Powerful African Americans in Corporate America” by Black Enterprise Magazine in 2005 and included in the Hollywood Reporter’s “Power 100,” she’s been honored by Asian organizations as well, having been recognized in 2014 as one of the Outstanding 50 Asian Americans in Business and in 2015, she was honored by the East West Players and AARP with their Visionary Award and by the Chinese American Museum in Los Angeles with the Historymaker Award. She’s also the author and filmmaker of the book and documentary Finding Samuel Lowe, which tell of her successful search to locate her Chinese grandfather’s descendants in China.

In 2013, Mayor Eric Garcetti appointed Madison to the Los Angeles Police Commission where she served as vice president until 2015. Paula serves on the board of the Black Filmmaker Foundation, the Chinese American Museum of Los Angeles, the Center for Asian American Media and more. 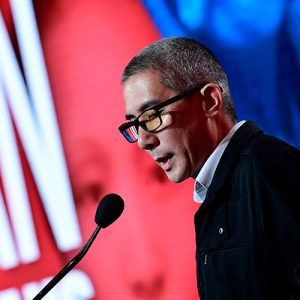 Donald Young is Director of Programs for the Center for Asian American Media (CAAM), and has been responsible for building CAAM’s stature as a national producer of documentaries and independent feature films. Most recently, Young was Executive Producer on the historic PBS series Asian Americans, a co-production with WETA and Renee Tajima-Peña. In 2020, he also produced the critically-acclaimed independent feature Coming Home Again by Wayne Wang, APIAVote’s 2020 Presidential Town Hall, which featured a live policy conversation with President-elect Joe Biden, and a concert special with Tony Award winner Lea Salonga at the Sydney Opera House for PBS’s Great Performances.

Young has been an advocate for equity and accountability in filmmaking for decades, and is a member of the Documentary branch of the Academy of Motion Picture Arts and Sciences. 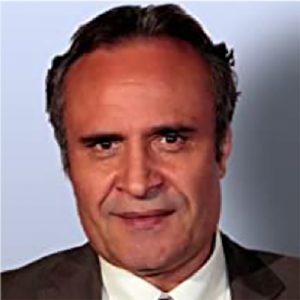 Vicangelo Bulluck is a creative producer/writer/director with over twenty years of experience. He has produced international co-productions for Warner Bros. International while based out of Paris. He executive produced the 2016 Democratic National Convention. He recently produced the indie feature film, Windows on the World, starring Edward James Olmos and Ryan Guzman.

As an executive he has developed programming and initiatives focused on the multicultural audience and marketplace. He made civil rights history when he opened the Hollywood Bureau of the national NAACP, becoming its founding executive director. He executive produced the NAACP Image Awards for ten years. He also served as the Managing Director of Outreach and Strategic Initiatives, for the Academy of Motion Picture Arts and Sciences. He is the President/CEO of American Oasis, a production company focused on the creation of cross-cultural content.