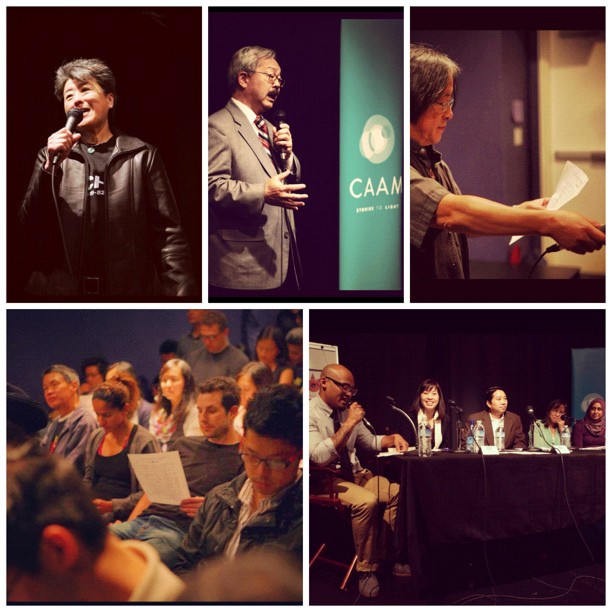 On June 23rd, 1982, a Chinese American man named Vincent Chin was brutally murdered by two autoworkers. They never received jail time, receiving only three years of probation and a $3000 fine. However, Vincent Chin’s death awakened an Asian American identity as “Remember Vincent Chin” became a rallying cry for Asian Americans everywhere. 30 years later, we’ve come a long way, but the work isn’t over. In light of recent tragedies like the extreme hazing and subsequent death of Private Danny Chen and the continuing effects of 9/11, there is a need for a continued discussion on how to stand up against racism and discrimination.

On June 23rd, the Center for Asian American Media and Asian Pacific Americans for Progress hosted Vincent Chin 30: Standing Up Then And Now, Bay Area Conversation to bring this conversation to a local level with over 80 people from the community in attendance. We were honored to be joined by 3 of the original leaders of the ‘Justice for Vincent Chin’ campaign 30 years ago, Helen Zia, Mayor Ed Lee and Reverend Norman Fong.  If you missed it, or want to re-live this historical community event, you can watch the remarks from these leaders and the a 3-part discussion (and Q&A) on civil rights and hate crimes today with leaders of local civil rights leaders on the CAAM Channel.

>> Watch Vincent Chin 30, Standing Up Then and Now, A Bay Area Conversation<<

Mayor Ed Lee delivered opening remarks to kick off the film Vincent Who?. The Mayor reflected back from his time at the Asian Law Caucus and the prevailing attitude of the time (which extends to today), that our economic problems could be blamed on ‘others’. Furthermore, he explained how his present role now as the first Asian American mayor of San Francisco is to help uplift everyone through collaboration and solving problems. Watch Mayor Ed Lee’s full introductory remarks. 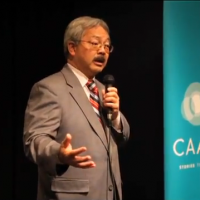 “We had autoworkers in this country, and I suspect we still have some today, that blamed others for economic woes that our own country had created. And sometimes we find out more and more, that we are our own worst enemies. But we don’t realize it. It’s easier to blame someone else. And if you look at the way our economics is today, there’s a lot to blame ourselves on where we don’t invest, the way we don’t work with every member of our community – so we don’t reach our full potential. That’s why our innovation isn’t at the highest level.”

“There’s a history to be appreciated, where groups come together, there’s collaboration on the theme that we have to be a more tolerant society. As I said earlier, I can’t have the most innovative city of the world unless everybody participates in the richness that there is in the city. Whether it’s our freedoms, economics, housing, all the other areas. That’s why when we say we’re the most innovative capital, I’m not just talking about technology, the Twitters and the Zyngas. I’m talking about our ability to solve problems. Social problems as well as economic problems.”

Following Mayor Lee, Supervisor Eric Mar addressed the audience. He was 19 years old when Vincent Chin was killed, and credits the case as his inspiration for becoming active in the community. Mr. Mar was the original sponsor of a resolution to mark June 23rd “Justice for Vincent Chin Day” in the City and County of San Francisco. Watch Supervisor Eric Mar’s remarks. 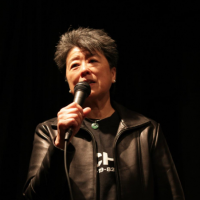 “In 1982, the Asian American population was under 2 million. It was maybe .01% of the country. In Detroit, it was a couple thousand people. So there was no question, we all HAD to come together, because apart, we would have been zero… There was no question that we had to reach out to all the other communities of conscience of every type. Today we have 17-18 million Asian Americans. There are several Asian ethnic groups that are larger than the entire Asian American population 30 years ago. And I think today there is a special challenge in developing any kind of pan-Asian movement. We have a pan-Asian movement, but how do you keep it going? How, when something goes down, can the communities come together?”

Here is the litany:

We gather now in remembrance of Vincent Chin.

We gather three decades later to remember her mother’s cry for justice.

We gather in the spirit of hope and love.

We gather as a community.

We gather with a commitment in our hearts.

We will NEVER give up the fight.

Remember Vincent Chin, the pain, the hope, the hate, the love, the cries of justice, our striving for fairness. But most of all, remember. 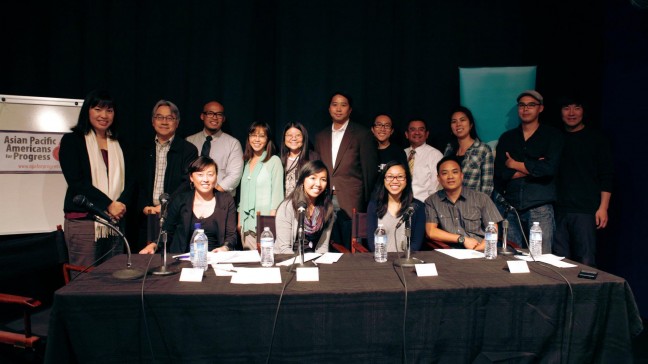 Special thanks to all of our speakers, event volunteers, APEX Express for the audio support and Tong Si for the photos and video work.