Thank you to all who joined us for our 40th anniversary Celebration of Asian American Storytelling! Not only was it an energetic and inspiring evening to gather together with some of the pillars–as well as rising stars–of our community, through your generosity we also met our goal of raising $125,000 for CAAM’s critical work.

Actress and activist Tamlyn Tomita lent her talents as the sparkling emcee for the evening. In case you missed it, or just would like to revisit the good times, read on for a recap and find out how to watch the recording. 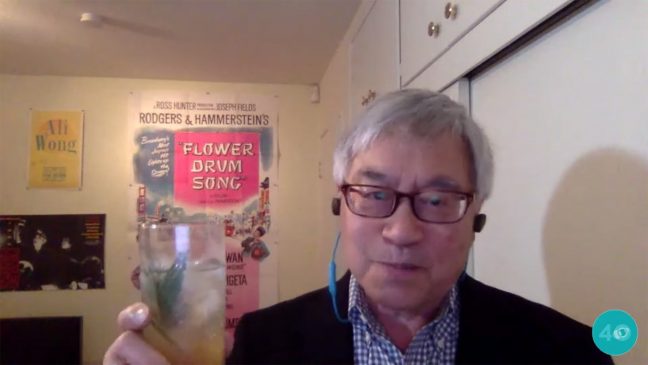 After a video recap Look Back: CAAM in 2020 and a welcome toast (with a soju cocktail!) by Executive Director Stephen Gong, we reflected on the rich history of Asian American cinematic storytelling with a mystery-style video Finding the Story, by former CAAM board member Walt Louie. The video featured cameos from legends such as Grace Lee Boggs, Deann Borshay Liem, Jake Shimabukuro, and “Pamlyn”. 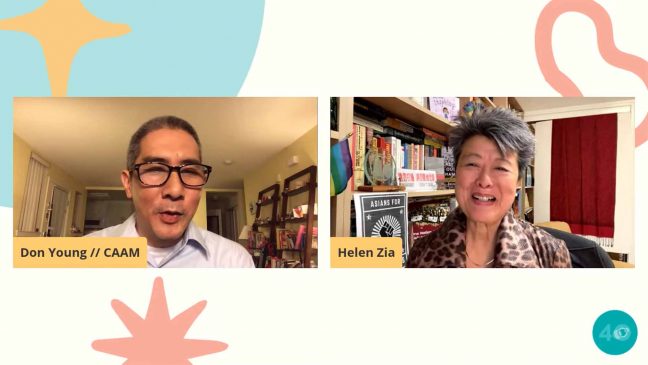 Next, Don Young was joined in conversation with journalist and activist Helen Zia, a longtime friend of CAAM, to talk about the power of story in activism. Helen’s early days mobilizing the Asian American community in Detroit in the 1980s were featured in Renee Tajima-Peña and Christine Choy’s film Who Killed Vincent Chin?.

“To me, it’s very much a concern of my heart that API children should be able to see themselves and imagine themselves in this world where they can make a difference,” Helen said, noting that change has been glacial. “And I think that’s where CAAM comes in.” 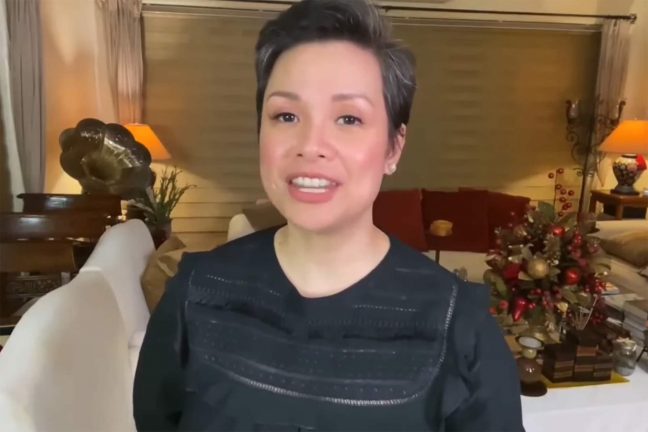 Lea Salonga then joined in a video message to say ‘Salamat’ to the CAAMily, followed by a soulful musical performance of “Temple” by Thao Nguyen. 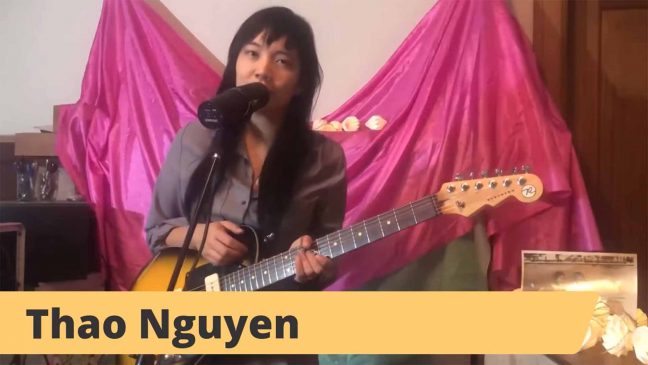 Throughout this year, we have been featuring the CAAM40 Storytellers, creators who are shaping the future of Asian American storytelling. During the Celebration, we had a chance to hear directly from some of our honorees: Jason DaSilva, Drama Del Rosario, Paula Madison, Tad Nakamura, Bao Nguyen, Saleem Reshamwala, and Nadia Shihab.

Of course, no CAAM program would be complete without a fashion show by our Festival and Exhibitions Director Masashi Niwano, but this time we had a treat as our Talent Development & Special Projects Manager Sapana Sakya also donned a bowtie. Who wore it best? We’ll let you be the judge…

Masashi and Sapana were joined by a panel of people who are moving the needle in filmmaking: filmmakers Alice Wu (Saving Face, The Half of It) H.P. Mendoza (Fruit Fly, Bitter Melon), and Karim Ahmad, Director of Outreach & Inclusion at the Sundance Institute. They reflected on the importance of this year’s events as a pivotal time for the future. Karim quoted a friend who described this pandemic as shining the “Light of Corona” on injustices in society and may have coined a new word, saying “We have to move beyond settling for survival and move toward thrival,” as he urged financial investments in organizations such as CAAM and Sundance, and better working conditions for people of color in production.

H.P. Mendoza cautioned artists against putting too much stock in other people’s opinions, saying that critiques of his films as being too Asian or too gay inspire him to make his work “twice as gay, twice as Asian” and crediting his collaboration with CAAM for making his film Fruit Fly possible.

Alice summed it up by advising “Write the thing where you hear the music and see what happens.” Tamlyn enthusiastically agreed, and her black cat seemed to think so, too! 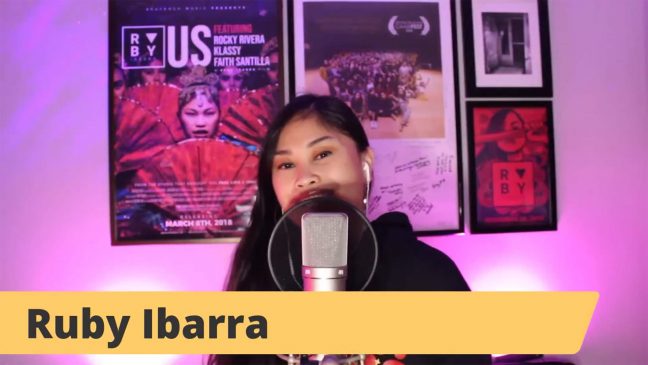 Rapper Ruby Ibarra summed up the moment with a performance of her hit “A Thousand Cuts”.

CAAM Board Co-chairs Dipti Ghosh and Vincent Pan wrapped up the evening by talking about how the love of film drew them to being part of CAAM. 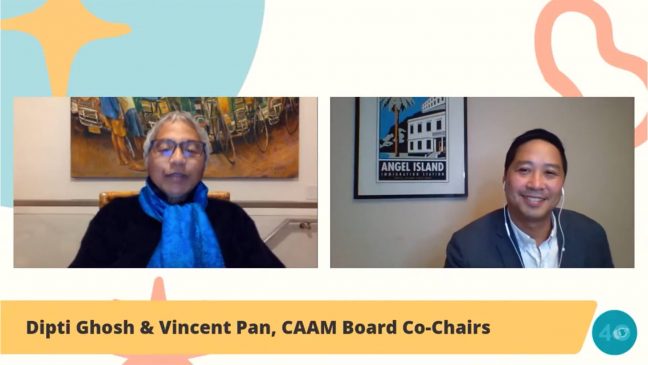 In case you missed the event, check the CAAM Channel on YouTube for the full video.