“This was a time when there weren’t iPhones or anything that kept me entertained, so I would sketch all day on the back of these invoices. I would have piles and piles of papers and these pens. Come to think of it now, these were like storyboards. In a way, because my parents made me work at their small business, I had to daydream, and it fueled my imagination.”

Growing up, Bao Nguyen didn’t always think he would become a filmmaker. He was on the path toward becoming a lawyer.

“I did everything I thought I needed to do to become this perfect lawyer, preparing myself for a career as a human rights lawyer.” This included being a part of AmeriCorps and PeaceCorps, and studying for the LSAT for hours each day.

Today, Nguyen is a lauded filmmaker, with projects at PBS, HBO, and films premiering at the top film festivals. His latest project, Be Water, is about the legacy of Bruce Lee, which premiered at Sundance earlier this year. In addition to being a documentary and narrative filmmaker, he also launched a new venture, EAST Films—a film company launched with fellow Vietnamese film veterans including Anderson Le, Jenni Trang Le, Ham Tran, and Phan Nhat Linh—with offices in Vietnam and Los Angeles, the two places he currently calls home. The goal of the new film company is to create high quality content in Asia and bring more Vietnamese cinema across the globe.

“I never really imagined becoming a filmmaker as a career, because like many immigrant children, we create this story about ourselves that we have to live up to our parents’ expectations and repay their sacrifice,” Nguyen said. “I’ve learned now that that is kind of a myth that immigrant children create and burden themselves with.”

On the day he was to drive himself to take the law school test, he sat idle in his car. He never got out of that car to take the test, and his pathway toward becoming a filmmaker took flight.

But while he was studying for the LSAT, he was also dabbling with visual arts, shooting photos and interning at the New York Times. As a graduation present for himself when he completed his BA at NYU, he bought himself a digital camera. He realized he could make some money as a photojournalist, mostly of live music events. While studying politics and international relations at NYU, he also took a few classes at the Tisch School of Arts.

Incidentally, it was a charismatic, emerging young politician who led Nguyen to him producing video and documentary work. Nguyen joined Barack Obama’s presidential campaign in 2008, and started doing some videography for the team. He “realized the potential of story” after this experience, and then went on to go to graduate school at the School of Visual Arts in their inaugural MFA in Social Documentary Program in Film, combining Nguyen’s passion for the visual medium, storytelling, and activism.

Nguyen’s work spans many genres and subjects, from a documentary on Saturday Night Live (Live from New York!, which was the opening night film at the Tribeca Film Festival in 2015), to being a producer and cinematographer of the artistic Vietnamese film NUOC / 2030 (Premiering at Berlinale in 2014), which is both magical realistic tinted with a subtle message on climate change. He has also directed several web series for PBS, including Employed Identity, focusing on the lives of young Vietnamese Americans who found a calling back in Vietnam—and more recently, We Gon’ Be Alright (2019), a documentary series based on the book by author and cultural critic Jeff Chang.

Nguyen was born in Maryland, just outside of the country’s capitol. His parents, Lich Nguyen and Mai Tran, are refugees of the war in Vietnam who owned a small fabric store. At a young age, Nguyen worked as a cashier at his parents’ store. He credits his parents for unknowingly allowing him to be creative in the visual realm. Nguyen explains how lack of immediate technology allowed him to be free to create.

“This was a time when there weren’t iPhones or anything that kept me entertained, so I would sketch all day on the back of these invoices. I would have piles and piles of papers and these pens. Come to think of it now, these were like storyboards. In a way, because my parents made me work at their small business, I had to daydream, and it fueled my imagination.”

Nguyen also credits his older sister, Giang Nguyen, for exposing him to independent cinema. “She basically raised me, since my parents were always working.” His sister took him to watch Pedro Almodóvar and Spike Lee films, among others. And he was exposed to photography and art at museums. “I remember seeing an exhibition by Gordon Parks when I was younger,” Nguyen said, referring to the renown Civil Rights Movement photographer.

“Growing up in a family of immigrant business owners, we were limited in our exposure to different cultures and experiences,” Giang Nguyen said.

In Silver Springs, Maryland, one of the most diverse regions in the U.S., Bao Nguyen had friends from various backgrounds. Most of his friends were Black, Asian, and Latinx. There was not a strong Vietnamese American community to be part of. “My culture I was growing up in was more watching films like Juice and Higher Learning, and less Asian American cinema,” Nguyen noted about his high school years, referring to two popular 1990s films by Ernest Dickerson and John Singleton. “In the long run, that’s helped influence me as a filmmaker to want to delve into stories that are different than my own, but finding the universal values and messages.”

Nguyen later discovered other Vietnamese American and Asian American filmmakers and artists. One of those films was Tadashi Nakamura’s A Song For Ourselves about Asian American movement singer/activist Chris Ijima. Nguyen caught the film at his first CAAMFest, then the San Francisco International Asian American Film Festival, in 2009.

“At the time, I didn’t even think I was going to be a filmmaker,” he said. “It hadn’t entered my mind.

The short film stood out to Nguyen for its portrayal of Asian American activism on screen. “I spent years reading about that period and the beginning of the Asian American movement but to see it captured in a documentary was special. There was something deeply personal about A Song For Ourselves that I loved. It’s a film that has helped guide me in the ways I’d approach filmmaking, with an honest and authentic approach to the subject.”

Unbeknownst to Nguyen, attending CAAMFest over 10 years ago began a long-term connection with the organization. Since then, he’s been a regular at the festival, including debuting episodes of Employed Identity, NUOC, and We Gon’ be Alright. Nguyen has also received grants for the production of films intended for public media from CAAM over the years.

“CAAM in that way opened the door for me to pursue filmmaking,” Nguyen said.

Nguyen also credits other Vietnamese American filmmakers who came before him, including Tony Bui (Three Seasons) and Ham Tram (Journey From the Fall). He cites Asian American Documentary Network (A-DOC) co-founders Grace Lee (American Revolutionary: The Evolution of Grace Lee Boggs, and Asian Americans series filmmaker) and S. Leo Chiang (A Village Called Versailles, Outrun, Asian Americans) as mentors. “I say I stand on their shoulders,” Nguyen said. “If it wasn’t for them, this conversation about inclusion and diversity would not exist.”

Be Water the upcoming 30 for 30 documentary about Bruce Lee, will air on June 7, 2020 at 9pm ET/6pm PT on ESPN. The documentary masterfully tells unknown aspects of Bruce Lee’s life while placing him in the historical context of being an outsider in Hollywood. The film includes voices not often heard from regarding this iconic figure, including Bruce Lee’s daughter Shannon Lee; his wife, Linda Lee Cadwell, friends and students from Lee’s younger days, Lee’s brother, and more. Beyond Lee as an icon, the film explores a personal side as well as how Lee faced, and fought back, against stereotypical and limited roles for Asian Americans in film and TV.

“Obviously, Bruce Lee is this global icon, but for me, he was this myth,” Nguyen said. “Who was he as a person, his struggles as an Asian American male in 1960s Hollywood? I wanted to explore that.”

Be Water premiered at Sundance earlier this year to sold out crowds, and a sold-out encore screening at 8:30am on a Saturday morning. It will premiere nationally as a part of ESPN 30 for 30 later this year. 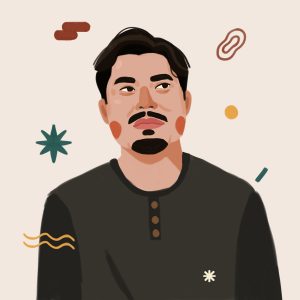 Giang Nguyen adds that her brother Bao was always quiet and introspective ever since he was a child. “Those traits along with his sensitivity and artistic mind have allowed him to appreciate experiences and view moments in a way not many get to do. We could be looking at the same thing but he sees things in so many more layers than most of us.” She is extremely proud of her younger brother for taking a path that led him to his current career in art and film. “My brother is out there introducing people to different experiences and complex layers of this world and that is a gift for him and those who are willing to see it.”

Looking forward, Nguyen is hoping to create films based on existing literature and written work by Vietnamese and Vietnamese American writers. “This is something writer Ocean Vuong talks about,” says Nguyen. “An important next step is for filmmakers of color and artists to build our own worlds, to be perceived as craftspeople and true artists.”

Be Water, the upcoming 30 for 30 on Bruce Lee, will air on June 7, 2020 at 9pm ET/6pm PT on ESPN. The documentary will be available to stream on ESPN+ immediately after the broadcast.