In a time where a shift in who and what stories appear onscreen is happening, Bloom feels optimistic in that the industry is getting there.

Nichole Bloom may be best known for her role as Cheyenne on the hit NBC series, Superstore. While she’s been experiencing success from the show, it took many years to get to where she is now.

In conversation with NBC Entertainment and Universal Television Studios’ Talent Development & Inclusion’s Senior Vice President Karen Horne at this year’s CAAMFest, Bloom went into detail on how she began pursuing acting when she was eight years old. Her parents were supportive from the beginning, and at age 14, the same time her brother started college, the whole family moved from Santa Clara to Los Angeles.

“Be relentless about it” was advice Bloom carried with her as she signed on with an agent, who made it clear that making it as an actress would be very hard for her because she’s mixed race. Bloom is of Japanese descent on her mom’s side and Irish descent on her dad’s.

Nonetheless, she persevered, and her first opportunity arrived at age 20 when she landed a role in a studio comedy. Unexpectedly, she then lost the job when the producers thought she was too shy, and the role wound up going to a white actress instead.

In thinking about her biracial identity, Bloom does feel more inclined to her Japanese side, noting that she sees herself as having a very reserved persona. But as she iterated, “I don’t want to always be defined by my ethnicity.” She learned that she needed to be upfront about what she wants in the industry. 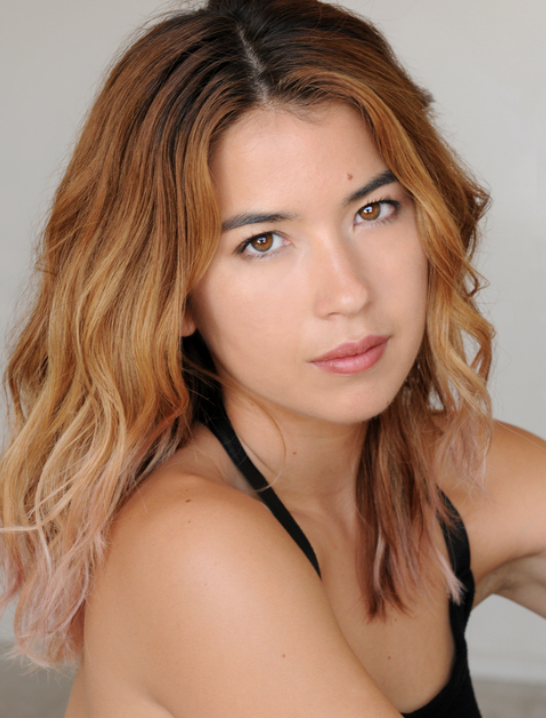 When she landed her current role as Cheyenne in Superstore at age 25, the opportunity really allowed for her to demonstrate her acting chops with all the humorous moments and situations her character gets caught up in over the past four seasons. Her favorite episode is from this past season, where Cheyenne experiments with being a tattoo artist.

She also talked about how she shares several scenes with Nico Santos, who plays Mateo, and that she gets along with in real life.

“What started off catty eventually became them versus everyone else,” she said regarding their characters.

Even though she’s primarily known for acting, Bloom explained how that’s not all she wants to do. In 2013, she wrote, directed, and starred in a short film, Kiko in America. She made a lot of short films with her brother when they were growing up, and she hopes to do more in the future.

In a time where a shift in who and what stories appear onscreen is happening, Bloom feels optimistic in that the industry is getting there. The Talent Development and Inclusion team that interviewer Horne oversees aims to add to that shift even more by making efforts to incorporate diversity and inclusion in all aspects at NBC.

Asked what audiences can do to help on their end, Bloom replied that, “Where audiences put their money makes a difference.”

Superstore will return for its fifth season this fall on NBC.