CAAM presents innovative, engaging Asian American works on public television through our dynamic documentary programs. CAAM’s award-winning public TV programs are seen by millions of viewers each year across the United States, including 47 documentary shows in the last four years and more than 200 films since 1982.  Since launching the ground-breaking Asian American anthology series “Silk Screen” on PBS (1982-1987), CAAM continues to bring to national audiences award-winning works. 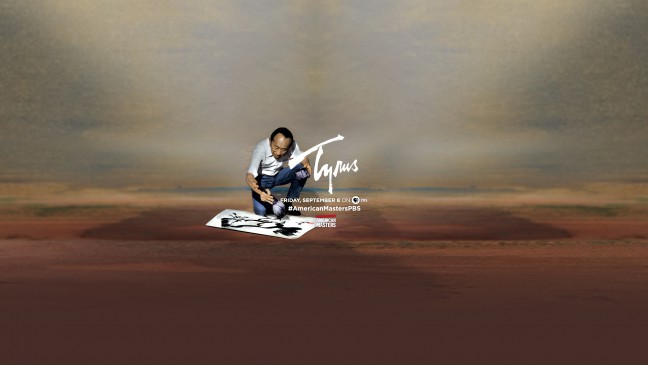 Discover the unlikely story of pioneering Guangzhou-born, American artist Tyrus Wong, who overcame a life of poverty and racism to become a celebrated painter who once exhibited with Picasso and Matisse, a Hollywood sketch artist, and ‘Disney Legend’ for his groundbreaking work on the classic animated film Bambi. Previously unseen art and interviews with Wong, movie clips and archival footage illustrate how his unique style—melding Chinese calligraphic and landscape influences with contemporary Western art—is found in everything from Disney animation (Bambi) and live-action Hollywood studio films (Rebel Without a Cause, The Wild Bunch, Sands of Iwo Jima, April in Paris) to Hallmark Christmas cards, kites and hand-painted California dinnerware to fine art and Depression-era WPA paintings. Filmmaker Pamela Tom (Two Lies) corrects a historical wrong by spotlighting this seminal, but heretofore under-credited figure that passed away in 2016 at the age of 106. This year marks the 75th anniversary of Bambi (August 1942). 90 minutes.

Abacus: Small Enough to Jail details the little-known story of the only U.S. bank prosecuted in relation to the 2008 financial crisis. Directed by Steve James (Hoop Dreams, The Interrupters), the film chronicles the Chinese immigrant Sung family’s fight to clear their names in his latest film and is one of the past year’s most critically acclaimed documentaries during its robust international film festival run and a national theatrical release. Abacus: Small Enough to Jail is a Mitten Media, Motto Pictures and Kartemquin Films Production for WGBH/FRONTLINE and Independent Television Service (ITVS). It is co-presented with the Center for Asian American Media.

NOBODY DIES directed by Todd Krolczyk 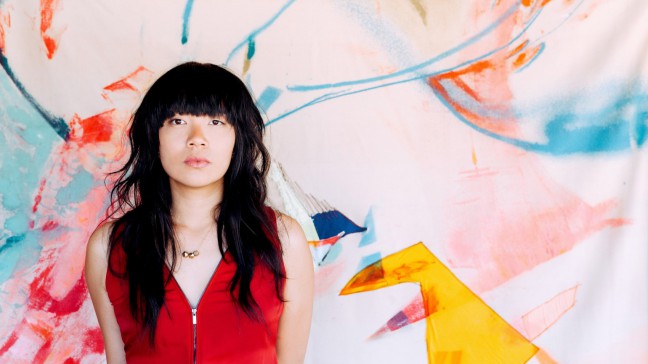 Nobody Dies is a Center for Asian American Media-funded documentary on acclaimed musician Thao Nguyen of Thao and the Get Down Stay Down. Filmmaker Todd Krolczyk follows Thao and her mother as they visit Vietnam, a first for both: Thao’s first time in the country and her mother’s first time since the Vietnam War. As Thao explores the country of her parents, she experiences a deeper understanding of the cultural influences that shaped her family, the impact it had on her music and her relationship with her mother. Thao grew up in Falls Church, VA, and first picked up a guitar at age 12. She began performing in a pop country duo in high school and spent most of her 20s touring. Her music has been described by The New Yorker as “music that makes you move from your bones out…[it’s] keenly intelligent and original.” Her album, A Man Alive, was voted one of the best albums of 2016 by NPR listeners and Paste Magazine. She’s performed all over the world, including at Lincoln Center’s Out of Doors concert in New York’s Damrosch Park last December. Rolling Stone describes her as a “Shape-shifting singer [that] expands horizons to dazzling effect.”

In the second season of Emmy Award-winning show Family Ingredients, Hawaiʻi Host Ed Kenney continues celebrating diversity through food and untold stories. Join him as he explores food memories and family tales that open up stories of the human experience one recipe at a time. Impactful, emotional and powerful, the series showcases how cuisine can profoundly unite cultures, communities and families, Family Ingredients celebrates the various cultures that make up Hawai‘i’s melting pot throughout the series, one delicious bite at a time. A co-production of Rock Salt Media, Inc. and Pacific Islanders in Communications, and funded in part by the Center for Asian American Media. Family Ingredients was recently nominated for a Daytime Emmy for Cinematography.