Catch these documentaries made by and about Asian American individuals and communities, now streaming on PBS and World Channel.

This post will be updated with new streaming links throughout May 2017. 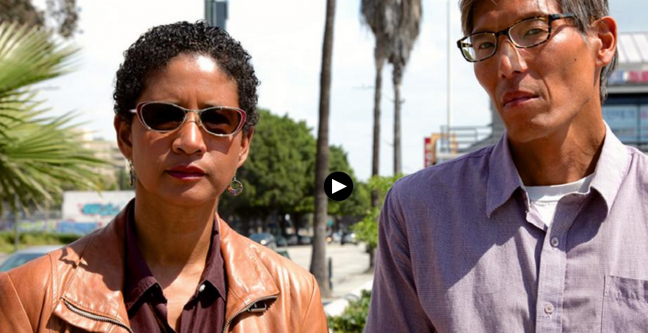 K-TOWN ’92 REPORTERS looks at the city-wide civil unrest that erupted in 1992. Journalists Hector Tobar, Tammerlin Drummond, and John Lee covered the story for the Los Angeles Times, providing in-depth reporting on the destruction and deaths that resulted. Twenty-five years later, they revisit their stories and impressions of those tumultuous events, and the media coverage they helped to create. 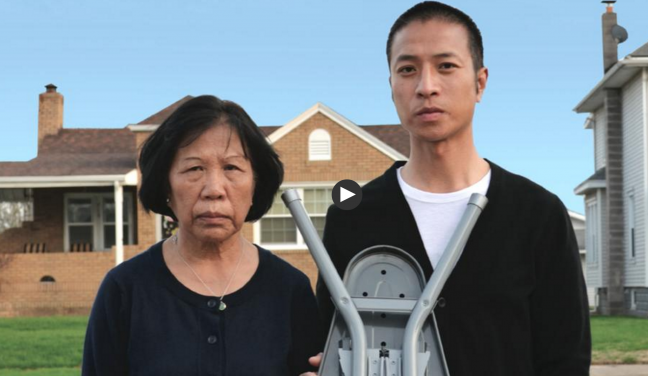 In 1975, Giap, a pregnant Vietnamese refugee, escapes Saigon in a boat and within weeks is working on an assembly line in Indiana. Decades later, her aspiring filmmaker son documents her final day of work at America’s last ironing board factory. 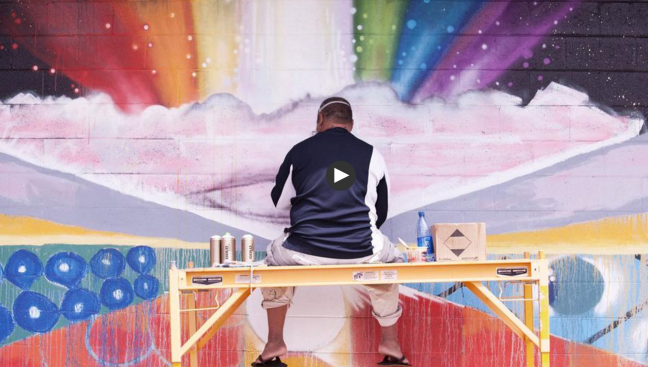 Mele Murals examines the transformative power of art through the unlikely union of graffiti and ancient Hawaiian culture. At the center of this story are two graffiti artists and a group of Native Hawaiian youth from the rural community of Waimea, Hawaii. Together they create a mural that addresses the ill effects of environmental change and encroaching modernization on their native culture. 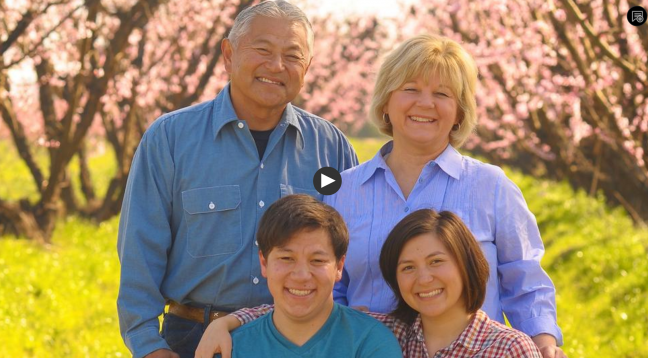 Review a transitional year in the life of farmer, slow food advocate and sansei David “Mas” Masumoto, and his relationship with his daughter Nikiko, who returns to the family farm with the intention of stepping into her father’s work boots.

Off the Menu: Asian America – directed by Grace Lee 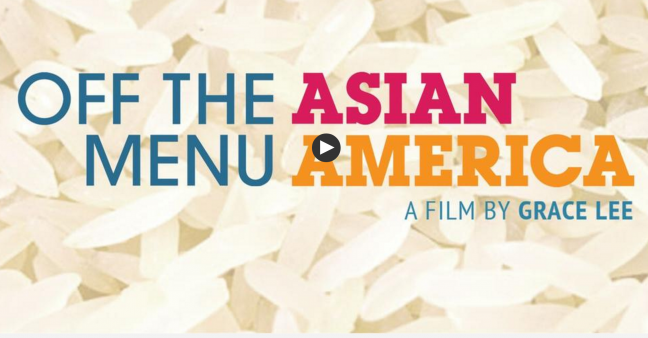 Off the Menu, a feature documentary, is a road trip into the kitchens, factories, temples and farm of Asian Pacific America that explores how our relationship to food reflects our evolving communities. 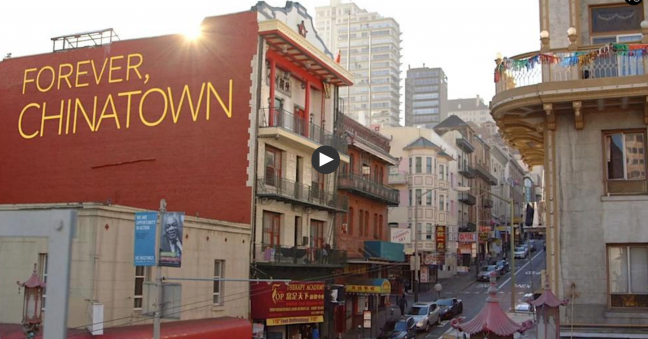 Frank Wong has spent the past four decades creating extraordinary, miniature dioramas of the Chinatown he remembers from his youth. His replicas are a portal into a long-ago San Francisco, a time when life was difficult for many in the Chinese American community. “Forever, Chinatown” is a meditation on memory, community and one man’s artistic legacy. 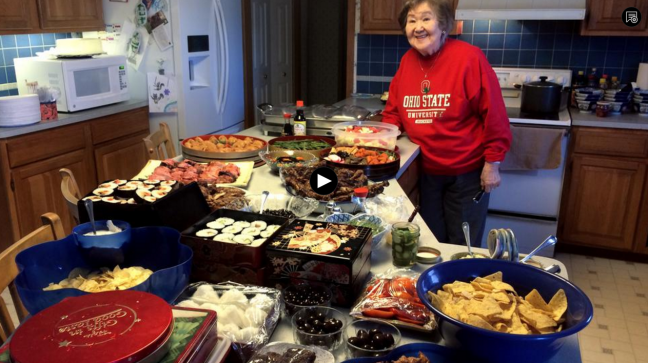 For filmmaker Matthew Hashiguchi, growing up half Japanese/half Italian in a white Irish-Catholic neighborhood in Cleveland, OH, was a difficult experience. In “Good Luck Soup,” Hashiguchi sets out on a journey to discover how the rest of his multi-racial family made sense of their lives and their Japanese American heritage. Surprisingly, he finds a role model in his elderly Japanese grandmother.

Paula Madison knew her mother was half Chinese, half Jamaican. Growing up in Harlem, she wondered about her Chinese grandfather, Samuel Lowe. When did he immigrate to the islands? Where did he go when he left? In “Finding Samuel Lowe,” Madison embarks on a trip of a lifetime, tracing her grandfather back to his ancestral village – and finds she has a whole new family to embrace. 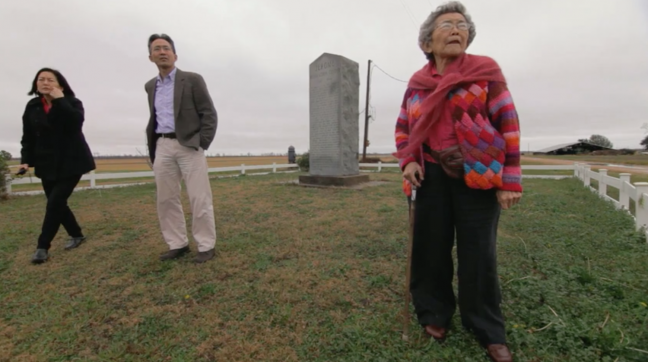 In 1942, nearly 120,000 Americans of Japanese ancestry were forced into prisons because they looked like the enemy. Two of those prison camps were in Arkansas, a land of deep racial divide. “Relocation, Arkansas: Aftermath of Incarceration” weaves remarkable stories into a tale of prejudice and perseverance, hurt and healing, and ultimately, the triumph of reconciliation. 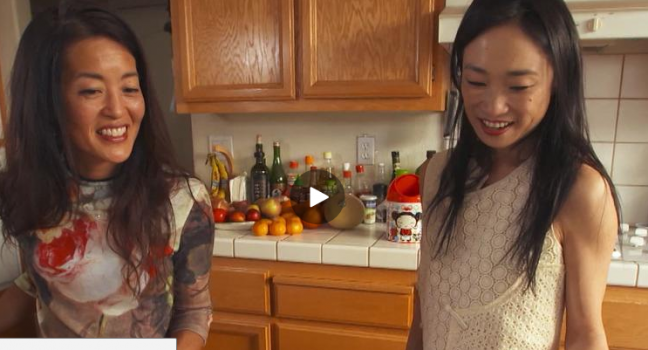 The seven-part series LUCKY CHOW returns for a second season with host Danielle Chang, who explores Asian cuisine’s impact on American food culture, while discovering how deeply Asian culture is rooted in our everyday lives.

Eddy Zheng came to America with his family when he was 12 years old. Then at the age of 16, he committed a horrible crime: home invasion and kidnapping. Year after year he hoped for parole, and after almost 20 years in prison, Zheng was released, a model prisoner who wanted to become a community leader. But his victims insisted he should still be deported.

The programs are supported through CAAM’s Media Fund department, with major funding from the Corporation for Public Broadcasting.